New study: Moderate consumption of coffee and tea – reduces the chance of stroke and dementia 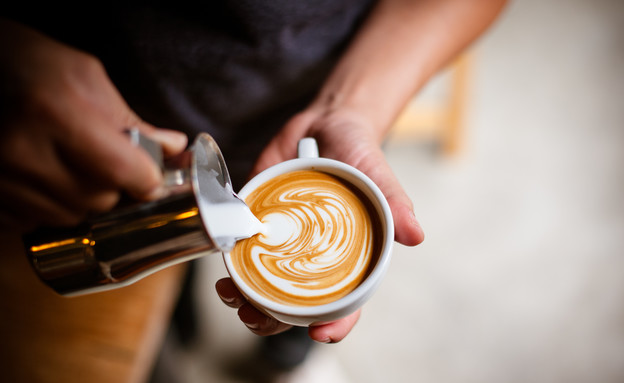 The study, conducted in the UK among people aged 50-74 for about a decade, found that those who drank between two and three cups of coffee a day, or between four and six cups of tea, could reduce the risk of developing these diseases by tens of percent. Causal: “It can not be guaranteed that coffee and tea consumption is good for our brain”

How many cups of coffee do you drink a day? A new study published last Tuesday in the scientific journal PLOS MEDICINE in England, shows that moderate consumption of coffee or tea during the day – will reduce your chances of developing dementia or stroke. The study was conducted among 365,682 adults aged 50-74 – and determined that drinking two to three cups of coffee a day, or between four and six cups of tea – reduced the chances of developing dementia by 28%, and stroke by 32%, compared to those who did not. Drink coffee at all.

The main question asked by the research group is how many cups of coffee do they consume each day. The researchers then followed the medical results of each of the subjects for a decade. At the end – 5,079 cases of dementia and 10,053 cases of stroke were recorded in the hospitals. Lee Shawham, one of the study’s leaders, explains that it is not based on a causal link, and that he “can not say with certainty that drinking more coffee or tea is good for the brain.” Shawham added: “We can only say that in this study – those who reported moderate coffee or tea consumption were less likely to suffer from dementia or stroke, so during the 10 years of the study.”

Despite the results, the study also had many limitations. The researchers note in their article that the team relied solely on data and reports from the subjects themselves. So if the consumption habits of those who participated in the experiment changed during the study period – these data were not collected. The researchers further point out that self-report of drinking can be a complicated metric, as people can make mistakes about the amount of glasses they have drunk, and the definition of ‘glass’ can also change. Study participants were fairly homogeneous, mostly whites, and from “less socio-economically disadvantaged areas in the UK”.

Caffeine has also been linked in the past to a lower risk of developing Alzheimer’s, or heart failure and Parkinson’s. Despite this, the health benefits of coffee are controversial – especially when consumption levels are high. Kevin McConway, a statistician at the Open University in England, sighed in a conversation with the British Guardian: “The link between the risk of dementia or stroke for drinking coffee or tea only worked up to a point. Once consumption rose to seven to eight cups a day, the risk of stroke was high. “And much higher than those who drank two or three glasses a day.”

One thought on “New study: Moderate consumption of coffee and tea – reduces the chance of stroke and dementia”