For the second time in history: The HIV virus has disappeared from a person’s body – without treatment 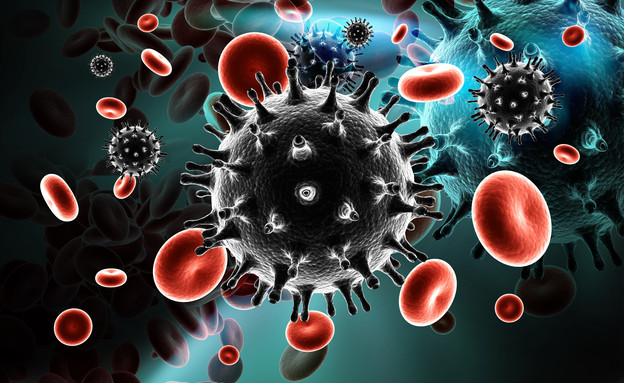 A 30-year-old woman was cured of the HIV virus naturally, 8 years after she was infected, according to researchers from Argentina and the USA. • Over the years she gave birth to a healthy baby who did not carry the virus. And hope “for a generation without AIDS”

A 30-year-old woman was recently documented as being cured of HIV, eight years after she was first diagnosed, researchers from Argentina and the United States reported last Monday. This is only the second case in history in which a patient recovers from the virus without the usual treatment, which makes the case particularly intriguing among medical professionals around the world, and gives researchers hope that one day more people carrying the HIV virus can be cured.

According to a report by the international team of scientists at the Annals of Internal Medicine, the patient, originally from Argentina, was found to have no evidence of a complete virus that could replicate itself after examining millions of cells in her body. This figure led the researchers to conclude that she was probably naturally cured of the virus, 8 years after she was infected. The researchers are not sure how her body got rid of the virus, and the hypothesis is that it is a combination of different immune mechanisms, possibly even congenital ones.

The 30-year-old patient, who was diagnosed with the HIV virus in 2013, became pregnant in 2019 and began treatment with the drugs “tenofovir” and “emtricibin”, during the second and third trimesters during her pregnancy. She gave birth to a healthy baby who did not carry the virus and stopped treatment. Millions of blood samples collected from her, as well as samples from her baby’s placenta, showed evidence that she was a carrier of the virus in the past and that she did not have a complete virus in her body that could replicate itself, which simply means that she was HIV-free.

According to official data, there are currently about 38 million people living with HIV in the world, which could lead to the collapse of the immune system or AIDS. Just last year, 690,000 people died from AIDS-related diseases worldwide, a huge number that probably explains why researchers are clinging to any new scientific data that could help and possibly advance researchers another step on the road to medicine.