The stories of the people who made the change 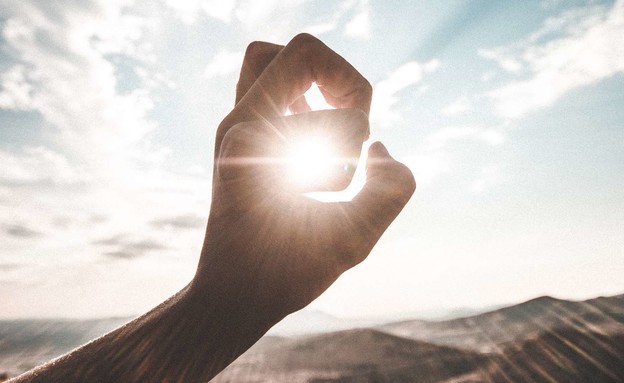 At age 39, Tuvia Twig received a life-changing message. After years of small roles in the world of theater, he finally won the role of his life, the role of the genie in the play Aladdin in the Israeli Children’s Theater. A leading role that recognizes his abilities and puts him at the forefront of children’s stars – all the materials from which he had made his biggest dream he had dreamed of for years, have become an existing reality.

Two weeks later, he was informed that his little love house, only two and a half years old, was suffering from advanced cancer. This gospel turned his life upside down. From the climactic moments of insane excitement and intense rehearsals, he was forced to stop everything and recalculate a route. “This news broke us,” he says, “I was very confused, upset and in pain. Luckily, I realized pretty quickly that in order to help love I would have to take care of myself, like in this video on a plane asking parents to put the oxygen mask on them first and only then on children. In an emergency. “

Love was diagnosed with a large cancerous tumor that settled on the lung and because of its size pushed the heart to the right. The cancer she was diagnosed with was grade 3, the highest grade of the disease. “I remember consulting with my personal manager and wondering with him what to do – how can I concentrate on rehearsals, not to mention being present, when I have to support love in the hospital. There was a moment when I thought of giving up the dream role that opened up to me, my life role, but then he told me “In your character as Twiggy, the health star, you always teach the kids that laughter is the most important thing for health, so just keep going.”

Something in that answer made him realize he was not going to give up. At that moment he set himself the goal that on his 40th birthday, Love would sit in the audience and also laugh at Aladdin’s play, appearing in the lead role of the genie. “I did not yet know how I would do it, but I knew it was going to be that way.”

What does the disease mean to me?

At the same time, he came at that time to a space of consciousness, a home for the development of consciousness based on perception “Metaism”, Founded by Freddie Margalit. One of the basic assumptions of the method is that the existing reality is nothing but a reflection of what takes place in the depths of consciousness, and therefore everything we encounter in our lives is nothing but a representation, reflection, of the mechanisms and patterns swarming in the depths of consciousness. “These vibrations are deep sensations, which originate in nerve conductions produced in the brain,” Margalit explains. “An accumulation of vibrations that eventually reproduce themselves and produce our behavioral loop in daily life. In order for us to change the existing reality, we need an investigation that will illuminate those unconscious parts and allow us to change and transform them.”

Tuvia began to learn the secrets of the method, alongside personal treatments he underwent on his own. He understood that illness in the mirror of meteism is a call of the mind to indicate that something essential in life is not being conducted in a proper and balanced manner. In order to understand the meaning of the reading that came precisely in the form of his daughter Ahavah, he is required to delve deeper and deeper into internal investigation.

In the process he realized that the story of his daughter’s illness actually represented his greatest fear. The feeling that accompanied him most of his life “not seeing him”, alongside the real and primordial fear of “being seen” and being exposed as he dreams and wants. At that moment he heard the “call” of the little love in her illness, a third child after two brothers, fighting for her place at home, in need of love from parents who were busy making a living. The tumor site, also expressed the root of the disease and told him the story he could not consciously hear: the tumor sat in the ‘lung’ and he understands that love, through its disease, asks to be seen, as it asks to be seen. The very pushing of the heart aside only reinforced the statement that the girl cries out for love.

Once Tuvia learned to understand the mechanisms that operated within him, as well as their reflection in his daughter’s illness, he was able, with the help of the new tools he had acquired, to begin managing them and thus begin a healing process. “Healing in the conception of meteism means changing the pathology, the mechanism that created the problem or disease in the first place,” explains Freddie Margalit. “Internal inquiry is in fact a deep contemplation, leading to understanding and from there to new choices in his life and the way he conducts himself.”

Simultaneously with his healing process, and in complete accordance with his condition, the state of love began to improve, the cancerous growth began to shrink more and more to a state where it could be removed by spot surgery, a condition that was not possible before. “I’ll only be celebrating 40 this October, but my dream of seeing love laughing in a show has already come true,” he smiles. “Our general rehearsal became a private show for Love, which at the time was after the treatments and she was not allowed to come in contact with people, so she was the only one in the audience and the show was only shown to her.”

For the podcast “Conversations in Heaven” with Freddie Margalit, click here

Also Omar Ron, 34, a social worker and mother of 3, says that she came to the awareness space out of dealing with a great and painful difficulty, after she lost her mother who died of the disease unexpectedly, when Omar is in the ninth month of her pregnancy. Overwhelmed and in pain, she had to deal with the difficult news, along with the preparations for the impending birth, and with the understanding that her mother would not be there to accompany her.

A few days after the shiva ended, she gave birth to her eldest son in an emergency, painful and traumatic caesarean section. “After the birth I was in the middle of a storm,” she says. “Depression, mourning, first child, a family that was still shattered. I reached scary abysses, the lowest it could be. I remember I would breastfeed my son and not stop crying.”

At that time she came across an ad about the introductory event to the conception of metaism. She began reading about space and perception, and while browsing the net she came across testimonies from three people who said they had managed to cure themselves of serious illnesses. “I remember saying to myself that if they were able to heal themselves from things that are harder than depression, then maybe I also have the same powers within me that will help me heal myself.”

Her husband joined her for the event and as soon as they left him she unequivocally informed him that they were continuing the process. He for his part refused on the grounds that it did not make any sense to their situation, certainly not the economic one, but something within it did not give up. She realized it was her lifeline. “You’re going to have a healthy and happy wife – and Uri, the mother he deserves,” she told him.

“I was really addicted to these dramas”

During the in-depth practice, she realized that the most challenging and complex place for her was to learn to love herself as she is, this is the root of the abysmal pain she experienced. “I realized that beneath the depression sat a huge anger at this little girl inside me who created all this painful reality, all the dramas, a girl who was left abandoned after the death of her mother.”

Her healing process involved working on these deep vibrations. She learned to recognize the feelings of anger and self-criticism even before they caused the dramas, and to convert them into the compassion and love she so desperately needed. “What happened in reality was that the dramas in my life just started to subside. I realized that I was really addicted to these dramas, through which I got the compassionate attention I needed. Today, as soon as I feel a new drama is about to arrive, I already know immediately Transform them even before they occur, through a deep choice in self-love. It is impossible to describe in words the change that these tools have brought to my life. ”

Omar’s husband, Itai, got back his beloved wife, healthy and happy, as she had promised him, and so was their little son Uri, after whom two more little brothers were born. But most of all, she says, she got herself back, more loved, happier, and most importantly: healthy and reconciled. “Today I know that everything, but everything is in my hands. I feel I have returned the power to my home and I can create my desired reality. Draw for myself my paradise.”

Want to get to know the concept that has already changed the lives of tens of thousands? An event to get out of the Matrix as a gift by registering here.