Studies show that the corona affects the eyes and ears 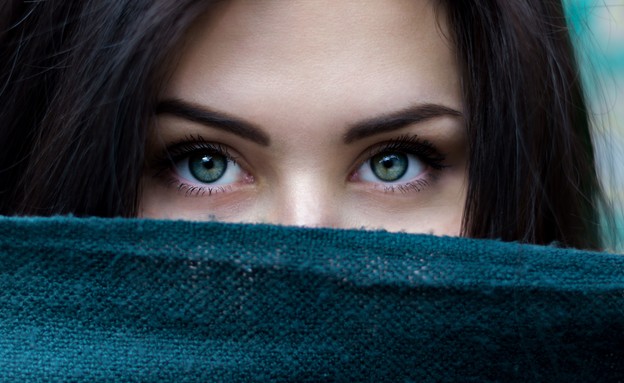 A number of studies indicate that in addition to impairing the sense of taste or smell, which are the more familiar and common symptoms of the epidemic, the disease also has an effect on a variety of visual and hearing-related disorders, which can occur at any stage of the disease. The data The latest shows thatMore than 10% of people who have had corona develop a symptom related to the eyes or ears.As time passes since the plague broke out it becomes clear that the effects of the disease do not only include fever, cough or changes in taste and smell. The first signs of the disease may include irritated eyes, hearing problems or balance problems. Other eye symptoms can include dry eyes, redness, itching, blurred vision, sensitivity to light and a feeling that there is a foreign particle in the eye. “The data is growing and indicates that there are more neural consequences of this infection than we originally thought,” said Greca, a molecular biologist at the Massachusetts Institute of Technology.

Eye symptoms appear at every stage of the disease

During the first year and a half of the plague, cumulative data determined that about 11 percent of the people who contracted corona developed some kind of eye problem. The most common symptom is conjunctivitis, or inflammation of the lining of the eye. This condition affected nearly 89 percent of people who have eye problems, Iranian researchers reported in a 2021 meta-analysis that included 8,219 COVID patients in 38 studies.

Eye symptoms can appear sooner or later in the disease, wrote recently Shahzad Mian, an ophthalmologist at the University of Michigan. He and colleagues reported eye signs and symptoms in nearly 10% of 400 patients hospitalized in Michigan in March and April 2020.

The connection between the disease and the eyes is even broader. Studies show that the virus can also enter the body through the eyes – either by rubbing eyes or droplets that happen to land on the eye. A 2020 study showed that when drops containing SARS-CoV-2 were inserted into the eyes of a rhesus macaque, the animals became ill. While research on monkeys may not reveal whether or how often people become infected through their eyes in real life, the virus appears to be able to replicate in the eye tissue and then make its way to the nasal passages.

Changes in hearing and balance can also be signs of coronary heart disease. In a 2021 meta-analysis, Zahra Jaffy of Lattbridge University found, along with her colleagues, cases of dizziness or vertigo in 12 percent of corona patients, ringing in the ear known as tinnitus in 4.5 percent and hearing loss in 3 percent. Another possible effect on the ears is damage to the hair cells of the ear, which are important for both hearing and balance, which can be infected with the virus, according to a study published in Nature in October.

Most of the time, eye and ear symptoms improve on their own, experts say, but there are quite a few reports of ear-related symptoms that remain even after recovery from the disease. Studies are beginning to indicate that there are also cases in which symptoms caused by the coronavirus can cause irreversible damage. For example, in two reported cases, corona patients lost sensation in their cornea, which could cause the corneas to completely disintegrate, eventually leading to blindness.

Although vision and hearing impairment appear to be even less common than odor and taste loss – which can affect at least 40 percent of people with coronary heart disease – studies on the range of effects of the disease provide further understanding of the many mysterious ways the virus affects and spreads within the human body. Our sense organs.