The corona continues to rage: a new variant has been identified in Africa 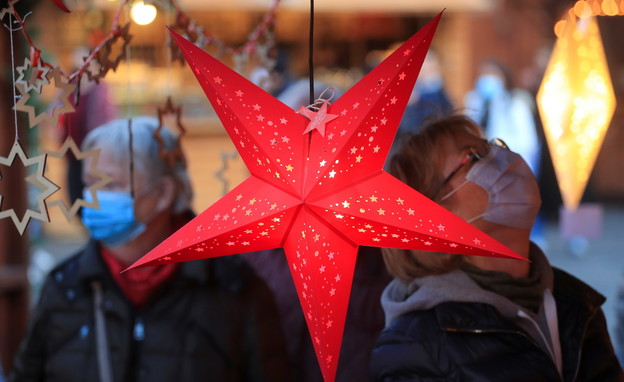 In the shadow of reports and concerns about the possibility of a fifth wave of morbidity in Israel and the rage of the fourth wave in European countries, around the world, a new concern is developing: a new and highly contagious variant. The new variant, B1.1.529, Has been identified in Botswana, and carries “a large number of mutations that may increase morbidity that will impair the body’s immune system.”

To date, 10 cases of the new variant have been detected in only 3 countries, but the amount of its large mutations raises serious concerns among researchers – which may increase its infectivity and pose an exceptional danger to the immune system. So far, 3 cases have been identified in Botswana, another 6 in South Africa and another case in Hong Kong, where it is a tourist who has returned from a visit to South Africa.

Dr Tom Peacock, a virologist at Imperial College London, posted on his Twitter account new details about the new variant. And monitor him in a good way, precisely because of his terrible mutation profile. ”

“The most natural action of viruses is to develop mutations frequently and randomly,” said Dr Mira Chand, a senior UK healthcare official. Researchers around the world in general and in South Africa in particular are closely monitoring the spread of the new variant, after recently the fear of its accelerated increase in at least one area near the cities of Johannesburg and Pretoria has increased.

Meanwhile, tonight Germany became the fifth country in Europe to cross the dubious threshold of 100,000 dead from Corona since the outbreak of the plague. In the last day, 351 people have died, thus Germany joining Russia, Britain, Italy and France. At the same time, the Robert Koch Institute in the country said that the daily morbidity record had also been broken – and stood at more than 75,000 new infections yesterday.

The new government announced yesterday in Germany will have to deal with severe distress in the country’s hospitals, after most of the intensive care units have announced that there will soon be no more hospital beds available. In recent days it has been reported that many hospitals and treatment facilities in southern and eastern Germany have begun to move many patients to other areas, due to the shortage of hospital beds.

Yesterday, the Slovak government announced a full closure for about two weeks – a few days after the Austrian government announced a similar move. Both countries suffer from particularly low immunization rates compared to other European countries, and efforts are now being made to increase the population’s immunization efforts. In recent weeks, the highest rate of infection has been recorded in Slovakia, and the Czech Republic and Hungary are also recording particularly high morbidity figures.

The Slovak government’s decision to impose a general closure comes after a series of failed steps to impose specific restrictions on the non-vaccinated only. Another move that preceded the decision was an attempt to impose restrictions only on areas where relatively high morbidity data were recorded. It will be recalled that in Austria, too, a general closure was imposed only one week after a closure was imposed on the unvaccinated only. It is clear that those countries are having a hard time dealing with criticism of the moves that have won decisive protests.

The Italian government also decided yesterday on a series of new measures to deal with the raging fourth wave in many European countries, and imposed further restrictions on the unvaccinated population. Among other things, it was decided that almost all public employees in the country, including members of the security forces, teachers, employees in government offices and more, would not be able to get to work if they were not vaccinated against the virus. It was also decided that non-vaccinated people would not be able to enter clubs, movie theaters, restaurants, theaters and more if they did not present, at the very least, an up-to-date negative test.

One thought on “The corona continues to rage: a new variant has been identified in Africa”