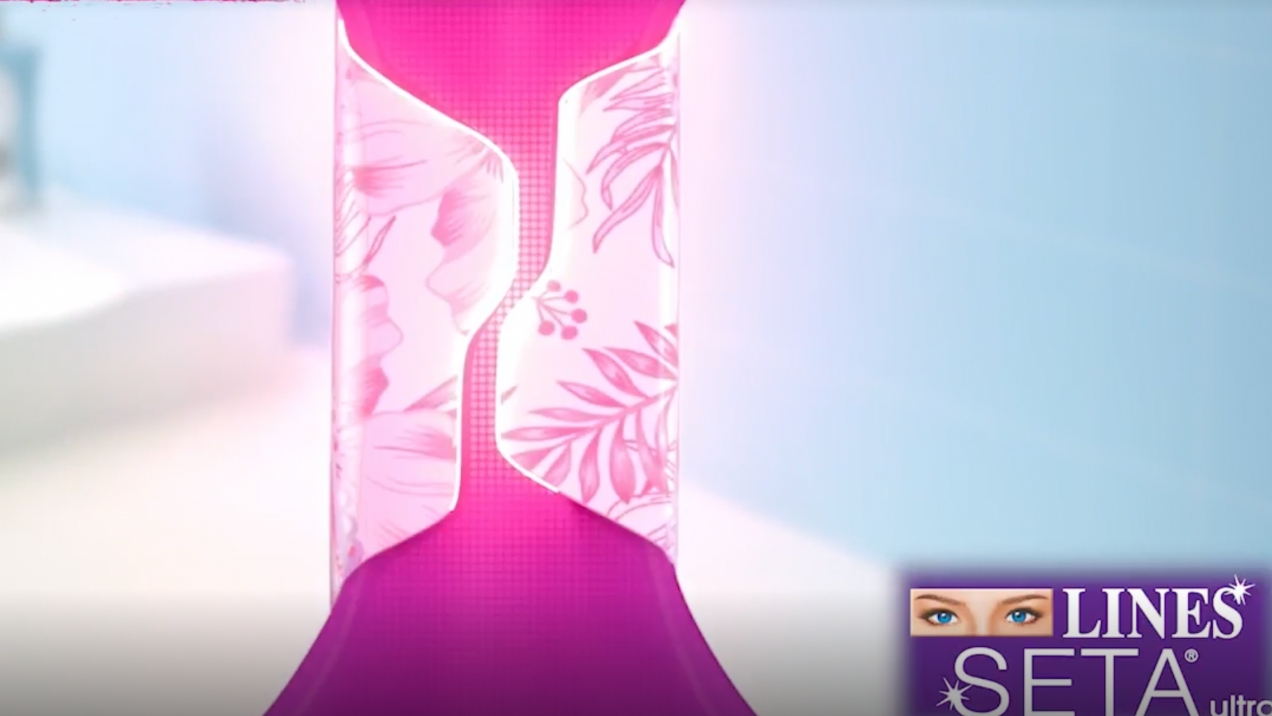 The Fater group’s Lines brand has always been close to women, involving about 10,000 of them annually in research and interviews to continuously learn about their requirements and create ever-better products. The new Lines seta ultra was developed specifically with women in mind with the intention of enhancing the product’s user experience. By creating the unique absorbent with flawlessly interlocking wings that fit together without overlapping, Lines has advanced innovation. The distinguishing qualities of the new ultra silk are increased absorbent usage and removal ease and maximum adhesion to the briefs.

But the novelties also persist on the outside of the packaging, where the sanitary napkin sachets look more alluring than ever. In order to produce distinctive sachet collections that may depict a strong and independent woman who lives her monthly cycle healthily and cheerfully, Lines really held a competition for students at the most esteemed design schools in Italy. Lines has always been dedicated to understanding women’s needs and supporting them in daily life, according to Ione Volpe, marketing director for femcare & adultcare at Fater. For this reason, we keep researching cutting-edge and better-performing goods, including Lines super silk with precisely interlocking wings. We worked with young artists to redesign the sachets in order to combat the taboo around menstruation, gender stereotypes, and the use of absorbents as a cover-up item.

Customers are encouraged to exhibit these products casually, almost as if they were works of art, thanks to the design of the sachets of the new ultra silk, which was created by award winner Francesca Gasparri of the Italian Academy of Design in Rome. Lines came up with the idea of an omnichannel campaign, signed by Armando Testa, to begin airing on January 22 in order to promote the innovation of the “completely interlocking wings.” The Media Italia and Mercurio-planned and -produced campaign features two 20″ TV subjects as well as a digital and social media campaign that is local to the Spotify, Meta, and Google platforms. The notion will also be enhanced on TikTok with the original content of the Gemels (@legemels).