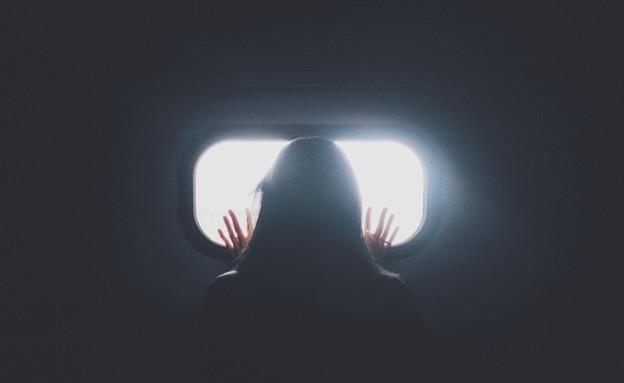 The new reform of the mental health system in Israel, which was approved in the last budget, places emphasis on expanding rehabilitation frameworks in the community and removing chronically hospitalized patients from hospitals. This is due to the pervasive understanding in Israel and around the world that large percentages of hospitalizations can be avoided by early treatment in the community. Moreover, many times the unpleasant experience in a closed institution together with the stigmas that accompany hospitalization, is a factor in repeated hospitalizations and the intensification and deepening of the patient’s mental difficulty. There are currently 12 community care homes in Israel, called “balancing homes.” As part of the new budget, NIS 10 million will be allocated for the construction of additional balance houses and the increase of appropriate care teams.The fact that hospitalization is an ineffective treatment can be learned from the following data: about 80% of those hospitalized in the country return to hospital; In the last decade, more than 50% of those hospitalized returned to hospital within a year of the previous hospitalization, and in 2019, 32% of people discharged from hospitalization returned to it within six months.

The numbers sharpen the understanding that beyond budgeting, there is indeed a need for root canal treatment that includes a fundamental change of perception. In the face of the conservative conduct of closed institutions, pharmacological treatments and complete isolation of the patient from his environment, alternative methods have emerged in recent decades that often prove the necessity of reform, not only in flowing funds but also in expanding preventive medicine options.

An open dialogue in the world

The “open dialogue” approach, a systemic approach to treating acute mental crises outside the psychiatric hospital, was born in Finland in the 1980s and adopted in many parts of the world after leading to a dramatic reduction in psychiatric hospitalizations. A 19-year study conducted in Finland found that patients with the method needed at least a disability pension and much less psychiatric medication compared to those treated in other mental health settings in Finland.

The central tenet of the open dialogue approach focuses on the social support network. The treatment team meets the person in crisis together with the people who make up his support system, in an environment that is comfortable for them. The patient, family and other friends are all invited to the therapy sessions, in order to provide support to the patient and his family. The treatment team will never speak over the patient’s head and any discourse related to treatment will be expressed only as part of the group session.

There are already 13 centers of open dialogue in the world and according to the data collected so far, the right combination of the method in the existing frameworks in the world can lead to a 30-50% reduction in the prevention of hospitalizations. In recent years, a huge study has been conducted in the UK that has received a large financial grant from the country, in order to understand whether it is possible to take the mental health system and integrate the method in a systemic way. In Israel, on the other hand, there is no state support.

“We are not currently receiving funding, “says Itai Kender, Chairman of Open Dialogue Israel (DPI),” The organizations and hospitals that cooperate with us pay us out of their total budget, while sacrificing other and no less important resources. We also had a meeting this week with the Ministry of Health about building crisis teams in conjunction with DPI, to examine criteria for treating the first line of the mental crisis. “In order to provide support to the whole envelope of the person and produce holistic healing in the community.”

In recent days Dafi received a grant of NIS 150,000 from the JDC and the National Insurance Institute to create the first pilot of a dialogic service in Israel. Until every person and community in crisis in Israel can receive effective, open and equal treatment if they wish. ”

How does the cooperation of open dialogue in Israel with the psychiatric establishment work today?

“Our activity is on two main levels. We conduct workshops and courses and equip people for open dialogue therapy. 500 people have already completed the training and we are now in the middle of the second cycle of the annual course. At the same time, we equip people in psychiatric institutions and health funds. In a country that is connected to the field of mental health, it is important for us to be not just an organization compared to one that only criticizes, but to change the system from within.

“Our ideal is what they did in Finland. They started with one psychiatric institution and from there they developed and created the special thing that is so different from standard treatment. People from the institutions come to us, learn the method and assimilate it in the institution. For example we have a team working in Kfar Shaul. A workshop for the entire psychiatric staff at Rambam Hospital, we have a close collaboration with Mazor Hospital in Acre.

What led you to develop an open dialogue approach in Israel?

“I grew up at home with mental contenders, so I have a long and deep acquaintance with the world of mental health. I was always very scared of the possibility of hospitalization as a child, and also went through some crises in my early 20s, but fortunately did not get to a psychiatric hospital.

“During the difficult times I went through, I met the psychiatrist Ronald Laing and his book ‘The Half-Self’, he was for me a ray of light in the schizoid state I was in at the time. Laing, one of the most prominent figures in anti-psychiatric currents, sought to understand mental disorder , In order to treat a person through direct contact that sees him as a person and not a ‘patient’.

“After reading the book I realized I wanted to be a therapist and apply all the methods I read, also in the world of treatments. I went to be a social worker, I worked 7 years in various rehabilitation roles in hostels which gave me a lot of perspective to ‘what is mental health today’. During that time I met a lot of people from the Association for the Advancement of Psychological and Social Approaches to Psychosis and realized that there is a mainstream of psychiatry and there are margins that reach amazing results with them. “.

Beyond budget assistance, what other changes do you think are important to make?

“Stigma is a huge problem, there is a very big fear in the world outside of contestants, when the solution has to start with the mental health system that comes out of the concept of mental illness as a biological disease and looks at it more broadly. Another important point is that a large part of the population is closed “Trauma in the military or other traumas. It is important to understand that people who experience psychosis or severe depression, in most cases have had experiences that left their mark on them, and it makes no sense to put them in psychiatric institutions.

One thought on “Mental health: Is hospitalization really necessary?”