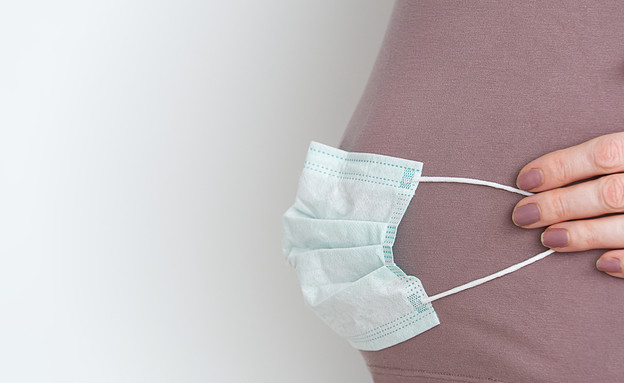 Pregnant women are considered a high-risk population for many infections, as is the case with Covid 19. Since corona is a relatively “new” phenomenon, there are not many data to date on the medical significance of infection during pregnancy, either maternal or fetal. Only recently after global experience has developed in the treatment and management of pregnant women with corona, evidence is beginning to emerge that corona is also associated with more severe morbidity in pregnant women as well as poor fetal outcomes.Most pregnant women who develop Covid will go through the disease asymptomatically or with only mild symptoms, but relative to the general population, a higher percentage of pregnant women may develop a serious illness, to the point of needing hospitalization and risk of respiratory failure. Because the developing fetus depends on the maternal system, respiratory failure can lead to significant fetal distress and need for a newborn, to allow optimal care that is not possible with pregnancy, or rarely, even due to fear of fetal deterioration.

The effects of the disease on the fetus

At the beginning of the epidemic the sweeping hypothesis was that Cubid 19 is only a pulmonary virus, and therefore apart from exacerbating the mother’s pulmonary condition, it has no effect on the placenta or developing fetus. Recent studies, however, show that maternal infection in the corona can cause severe placental changes such as impaired placental blood supply and even the development of an inflammatory process in the placenta. These changes are known to be associated with adverse fetal outcomes such as fetal distress, oxidative stress and even intrauterine fetal death.

To date, studies have not been unequivocal on the association between Covid 19 morbidity and fetal mortality, however new case reports of fetal mortality have raised suspicion of a causal link between Covid 19 morbidity in general and the Delta variant in particular, and fetal mortality. In light of this evidence, a study was conducted by the CDC In the U.S. which included an extensive database of over one million and two hundred thousand births in the United States during March 2020 to September 2021. The aim of the study was to see if women who had Covid 19 variant variant were at increased risk for fetal mortality.

Only the benefit of the patients before our eyes

Doctors do not know everything, but there is no doubt that the goal before our eyes is the well-being of our patients, the mother and the developing fetus in the womb. To operate on a late-night woman with respiratory failure because there is a fundamental concern for her life and giving birth prematurely, for all the morbidity and mortality implied in it is a desperate act. If only we could be different ..

Is it possible otherwise?
Yes, the vaccine develops the flash speed, but it is based on a well-known and common technique that has been proven to be safe in other vaccines. Yes, the vaccine has not been tested on all populations, but is currently given to millions of people, including women and pregnant women around the world with a minimal complication rate and has been unequivocally proven to reduce infection rates and morbidity rates. Yes, as long as you do not get Covid 19, you will not experience complications related to it in pregnancy, but what will happen then .. Currently vaccination for all women before pregnancy and during pregnancy, is the only way that can help us reduce the maternal morbidity rate and accordingly maternal and fetal complications.