Scientists in Canada fear the spread of a parasitic worm 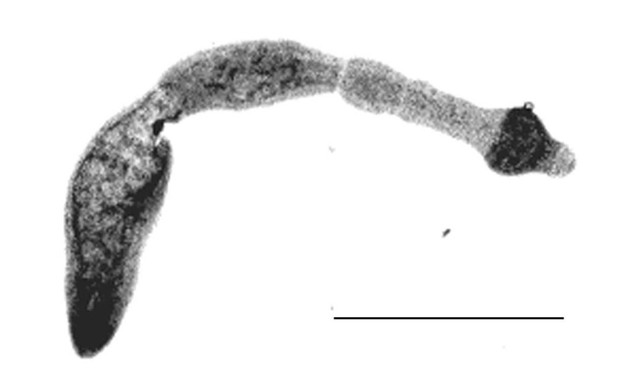 Scientists in Canada are now fearing an alarming rise in cases of AE in the western Canada region. Between 2013 and 2020, researchers reported 17 cases of AE, and this appears to be a significant increase compared to previous years.

Infection with the disease occurs when a person swallows microscopic eggs of the parasitic worm. This can happen in contaminated food, in the feces of parasitic animals, or in the feces of cats or dogs infected in parasites. The parasite eggs may also be in the feces of pets and the fur may be contaminated, so stroking may also cause infection, assuming you have subsequently touched it with your hand in your mouth, allowing the microscopic eggs to penetrate the body. The eggs attach to the organs in the body and are therefore also difficult to identify.

The damage is usually done to the liver, but can also spread to the rest of the body. The larva of the parasitic worm actually becomes a kind of cyst that grows slowly in the body, so a person may become infected with the parasite without being aware of it for years, as it takes time for the symptoms to appear.

According to the CDC, because cysts are similar to tumors, the symptoms of the disease usually “mimic” symptoms of liver cancer or cirrhosis of the liver and include: pain or discomfort in the upper abdomen, weakness and weight loss.

All 17 cases observed in recent years have been treated with anti-parasitic drugs, a common treatment when cyst removal surgery fails to get rid of the parasite en masse. One patient died as a result of complications of the surgery. In an article published in the American Journal of Tropical Medicine and Hygiene

The scientists stated that they are not sure what caused the increase in the number of cases and currently have mostly speculation. They believe that a combination of factors have influenced this, including an increase in the keeping of dogs in households in this area of ​​Canada.

If you come to these areas, it is important to know that washing hands after contact with dogs and cats or wildlife can reduce the risk of contracting the disease.