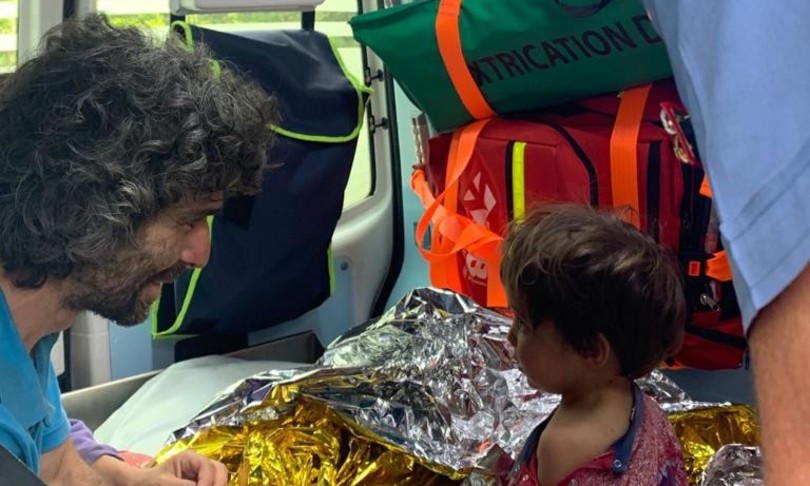 AGI – Little Nicola Tanturli is at home. The doctors of the Meyer pediatric hospital, after a night of observation, allowed him to return to the cottage immersed in the impervious woods of Mugello. The same people who held him ‘hostage’ for 30 long hours before his discovery.

But there are still many questions open to the scrutiny of investigators, to shed light on the matter. As usual, the Florence Public Prosecutor’s Office has opened a file, even if there are no offenses or investigations. But other elements also emerge as the hours pass.

Last year, Nicola’s older brother was also lost. But the alarm disappeared in a short time because thanks to the searches of family and friends, he was found, despite the fact that, as in the last case, he had traveled a considerable amount of road. It is a detail, reported by a resident of the area, which could however enter the information that the carabinieri of the Borgo San Lorenzo company are preparing on the episode which ended with a happy ending.

Meantime the Tuscany Region gives the highest recognition: the Golden Pegasus, to the protagonists of the discovery of little Nicola: the mayor of Palazzuolo sul Senio, Philip Gian Piero Moschetti, the commander of the Carabinieri station of Scarperia, Danilo Ciccarelli, and the RAI journalist, Giuseppe Di Tommaso. To do so the president of the Region, Eugenio Giani.

“I went yesterday around lunchtime at Meyer to visit Nicola – Giani says during the ceremony – I found myself in front of this child with big eyes who was gulping down a fruit juice with all his energy. I was moved to see him smile, all agitated but happy, it is a story with a happy ending, thanks to all those who contributed ”. The president of the Tuscany Region explains the reasons behind the awarding of the award: “It goes to the mayor because he represents a community that immediately launched itself into the woods to lend a hand and look for the child, to the carabiniere Ciccarelli who symbolizes everything that is the weapon in Italy, he immediately threw himself into the escarpment despite the rough terrain and finally to the journalist Di Tommaso who had the intuition to hear the call of the child. All three are symbols of Tuscany and Italy that we love and want ”.

For Mayor Moschetti, “Palazzuolo has become the emblem of Italy, of a population which, if a great effort is required, carries it out with great ability. I think it is a great sign for the country ”. In all, more than 500 people participated in the research. “There was the priest, there was the butcher, the owner of the pub and the mechanic – underlines Moschetti – there was all of Palazzuolo and then people of Marradi, Firenzuola and all of Alto Mugello, even a molecular dog who arrived from the Marche. It was a really important demonstration of help ”. The commander of the Carabinieri of Scarperia says he is “still excited to a thousand”, even if “the main emotion was to have found the little one who needed to go home”. Then he recalls the moment of the surgery: “I immediately felt his temperature and he was warmer than me, then I checked his body and found only a few scratches and a small bump.

That’s why I decided to bring it back up without calling the specialists. It was one thing to hand him over to his mother, the other on a stretcher ”. The Rai journalist Di Tommaso, in a video link for the award ceremony, tells the moment of the sighting:

“I got out of the car and then I don’t know, it was an intuition that made me find Nicola, but I’m happy to have helped find a child of only 21 months after 30 hours of disappearance”. In general, Di Tommaso concludes, “This is the best award I could receive in my life and in my professional career. The baby is fine, we hugged with the family while little Nicola sent me the basins, it is the best thing that could have happened to me in life “.