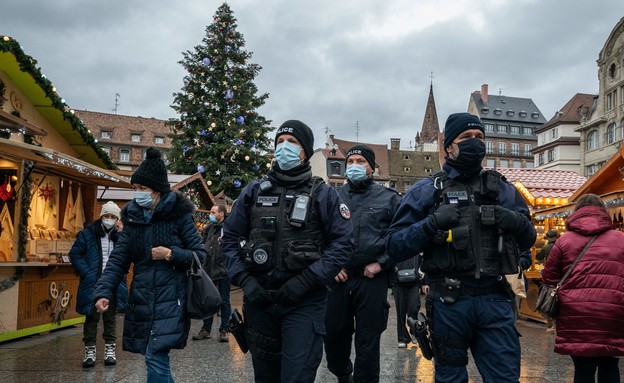 Despite the initial panic and alongside the restrictions imposed so far by most countries in the world, at present the Omicron variant has not caused high rates of spread outside of South Africa, where it was first identified. In Israel, 7 cases have been identified, around the world about 350 cases and so far they have not caused serious illness or death.But there is still much cause for concern. The spike in morbidity in South Africa is very significant, with a record number of hospitalizations in young people in their fourth decade of life. Data from South Africa show that positive cases found through tests increased from 1% on average to more than 15% despite a slight increase in the number of subjects. Which means the increase in the number of cases is not just because more people are being tested, but a reflection of a real increase in new cases.

Virologist Sarah Palmer of the Westamide Institute’s Virus Research Center in Sydney has been gathering evidence from a collection of sequences taken from patients around the world since November. Palmer’s research team last week unveiled some new details about the Omicron’s mutations, which may help them better understand what’s happening in South Africa now, and be able to predict what will happen in the coming weeks.

The new variant has caused worldwide concern mainly due to the large number of mutations observed in its spike protein compared to Delta and previous versions of the virus, 32 new mutations in total. The main concern is that a large rate of mutations may lead to new and more severe symptoms and, of course, a weakening of the currently high vaccine efficacy. The research team investigated the variant by testing the nucleocapsid, another viral protein that contributes to viral replication, and found signs that the omicron was created by so-called “transient”, a combination of alpha-plus versions.

The main concern in light of these preliminary findings, is that the virus is learning to combine the strengths of different versions into new ones, which may produce a more aggressive and dangerous version of the virus. “We’re very, very worried,” Palmer said. “This suggests that we may be able to see that different variations of the same virus can re-integrate, and if someone is infected with two variants a process of transition can occur that could lead to a more pathogenic and contagious virus.”

The new data has caused a stir in Australia, especially with regard to the question of whether the borders should be closed immediately to tourists, a step taken here in Israel as early as last Sunday. Children between the ages of 5 and 11 in Australia have been given ‘temporary’ permission to be vaccinated, following concerns in the country about the spread of the omicron, following a number of cases discovered at a school in western Sydney. Data from South Africa show that young children were greatly influenced by the new variant.

What is transient?
Replacement is the exchange of a genetic material between different DNA molecules. Usually the replacement will lead to the formation of a new DNA molecule, which can later in the process produce offspring with traits that are different from the traits of each parent individually.