First results from the youth vaccine in the United States 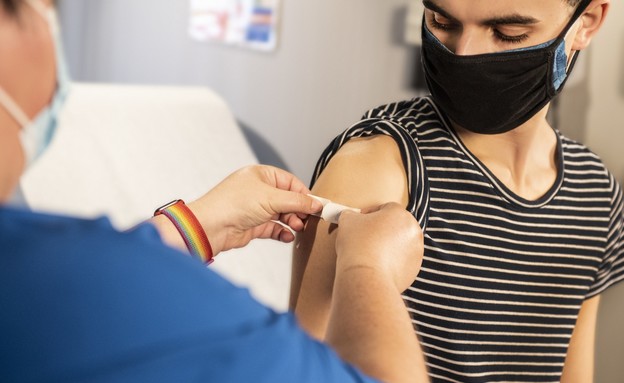 around the world Have been given so far More than 2.7 billion doses of vaccine against the corona virus, and about 40 million doses are distributed daily – half of them in China. At the beginning of immunization operations each country chose a different strategy. Some countries have chosen to vaccinate with everything there is, for example Hungary; Others, such as Israel, have adhered to one vaccine, or have used vaccines of several companies with similar technology, but only after strict approval and testing procedures – for example the United States; And there are also countries that have chosen to change the official vaccination procedures set by the manufacturers, such as the UK, where the time between the first and second vaccine intervals has elapsed, or those who have gambled on vaccines that have not completed the clinical trials, as the UAE has done.

Each country had its own considerations. Some preferred to vaccinate as many people as quickly in one dose, hoping to provide them with at least partial protection from the disease. Those who could not get Western vaccines, for a variety of reasons, had to compromise on other vaccines, and there were countries that preferred to vaccinate as many people as quickly, assuming that even the least effective vaccines would provide some protection. In all cases it was a calculated gamble. Now, six months after the start of mass vaccinations, the pros and cons of each approach are sharpening.

More and more countries are discovering that Chinese vaccines were Wrong bet. Although the supply was fast, the quantities were large and the price was cheap, in recent weeks there have been repeated outbreaks of the plague in countries that have chosen to vaccinate most of their residents with Chinese vaccines, mainly from Sinopharm. First there was an outbreak in Chile, followed by the Seychelles and the UAE and this week Mongolia joins the club of Chinese vaccine disappointed.

Mongolia chose to vaccinate its citizens with a vaccine from SinoPharm, which began distribution before completing the required clinical trials. Mongolia She hurried to vaccinate almost half of her population In two doses of the vaccine, which was supposed to be enough to suppress the disease, and yet she is now experiencing A big wave of morbidity. Four countries that have almost exclusively gambled on Chinese vaccines are high on the list List of countries Who are now suffering from outbreaks, despite their high immunization rates. Corner circles, lack of transparency, and shortcuts in clinical trials seem to have led, unsurprisingly, to failure.

Britain, which gambled on a strategy of vaccinating as many people as possible in one dose at the expense of postponing the second dose, did enjoy temporary relief from the disease, but is now undergoing a new wave of infections, mainly of the highly contagious Delta (Indian variant). The same variant is also starting to erode the effectiveness of the vaccine. In those who have been vaccinated with two doses of the most effective vaccines – Pfizer and Moderna – its effect is almost imperceptible, but one dose is not enough against it. This was followed by the United Kingdom Continues to delay continued relief Which she planned to do towards the summer with restrictions on the public.

A recently published report It is estimated that the Delta variant is about 60 percent more contagious than the Alpha variant (the British variant), which itself was much more contagious than the original Corona virus. Accordingly, it is also seen in hospitalizations. It is not yet clear whether this increase is due to more people being infected, or whether the variant is also more violent than its predecessors. We will find out the answer soon. The morbidity of young people in the UK and the number of young people hospitalized have also risen significantly, due to the combination of a highly contagious virus, an insufficiently vaccinated age group and the complacency of the end of Corona.

We were recently informed that the Delta variant made an aliyah to Israel and began to take root, and this is the real test point of the vaccines. Israel is a well-vaccinated country – 57 percent of the population is fully vaccinated (about 85% of adults). Because of this, it will be seen very quickly how the Iron Dome of the vaccine we received will be able to intercept the viruses that came from Ben Gurion Airport.

There are two main concerns. The first concerns people in risk groups who have been vaccinated but have not been vaccinated, and it also seems that the Delta variant is slightly eroding the effectiveness of the vaccine. But the bigger concern concerns the children. in Israel there is About three million children and adolescents, most of whom are not vaccinated and are therefore highly likely to be infected if exposed to the new virus. We are on the verge of summer vacation, where children are running around between camps, malls and vacationers and may get infected and infected.

The risk posed to children infected with corona is low, but if they are infected in high numbers even a low rate of severe symptoms will bring many of them to hospitals. Accordingly, the Ministry of Health, which has so far refrained from issuing an unequivocal declaration, Recommend to children Over the age of 12 get vaccinated and indeed many parents responded this week to the recommendation.

The main concern with the vaccine for adolescents is a finding that was made a few months ago, according to which 0.02 percent of those vaccinated with Pfizer’s showed symptoms of myocarditis – almost all just Mild and transient inflammation. In clinical trials conducted in adolescents No sign came up Which indicates this side effect, but the experimental group numbered less than 2,000 adolescents and it is not enough to detect rare side effects.

American Independence Day is approaching and some states in the United States are having a hard time reaching the immunization goal set by the president – 70 percent of adults in at least one dose. So that they could still declare victory decided Lower the bar constantly For a more realistic goal: vaccination of 70 percent of the population over the age of 27. A recent report by the Centers for Disease Control and Prevention (CDC) shows that young people in the United States are also Do not rush Get vaccinated, in part because the disease affects them less.

in the United States We got vaccinated To date, more than 4.4 million adolescents, of which close to 2.8 million in two doses of vaccine, have already accumulated more than enough data to learn about the true extent of side effects. At a hearing held yesterday at the CDC Data were presented On the incidence of myocarditis after receiving the vaccine. It turns out that 147 of the teens who received the vaccine were diagnosed with myocarditis, including 128 boys and 19 girls. Most of them became ill in a mild form that required a short hospital stay, but two needed intensive care.

According to the CDC estimates, the rate of the phenomenon in vaccinated people under the age of 17 is 69-56 cases per million vaccinated in boys (1 in 15,000) and 10-8 cases in one million in girls (1 in 100,000). Due to the structure of the health care system in the United States, and especially its inaccessibility to vulnerable populations, there are probably other mild cases that have not been reported to the authorities and the real number is more similar to Israeli estimates. In any case, the experts concluded that the protection afforded by the vaccine from the disease outweighs the low risk posed by the rare side effect. Therefore they are Recommend Warmly continue to vaccinate teens.

CDC Recommendation:
“Vaccines are safe and effective and they prevent coronary heart disease. They will protect you and your families and help protect your community. We highly recommend anyone over the age of 12, who can be vaccinated under emergency clearance guidelines, to get vaccinated, as immunization benefits far outweigh any harm. The alarming Delta variant, which continues to spread and is affecting more and more young people, the risks inherent in non-immunization far outweigh any rare side effects of vaccines. “We can deal with persistent symptoms following the disease, such as neurological problems or damage to the lungs. We recommend getting vaccinated as soon as possible, if you have not yet been vaccinated. This is the best way to protect yourself, your loved ones and your community and return to a normal and safe lifestyle.”