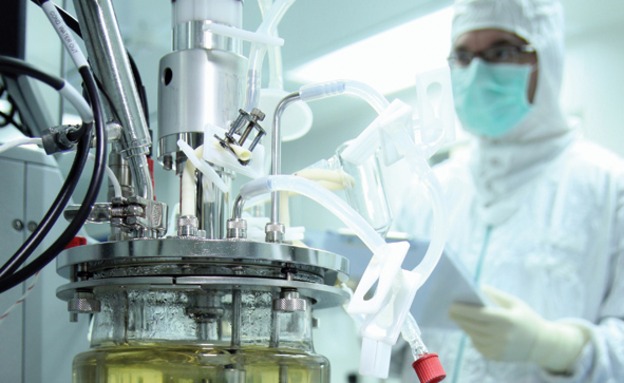 Unprecedented data: Four out of ten patients with lymphoma cancer survived more than five years with the deadly disease, thanks to treatment with a new technology known as ‘Iscarte’, which is based on Israeli development. 92 percent of the patients who participated in the study did not need additional treatment – suggesting the possibility of a cure for the serious illness that has been fatal so far.

The study was presented at the ASH conference this week in the United States, which presents the results of medical research in the field of hematology, from all over the world. The results presented in a study of 101 lymphoma patients treated with a new technology given as a single infusion show that 42.6 percent of the patients survived 5 years. Among those who had a full response to treatment the data were even higher and 64 percent of them survived more than five years.
Detects the tumor and attacks it

Non-Hodgkin’s large cell type lymphoma is the most common type of aggressive lymphoma tumor and every year about 500 patients are diagnosed in Israel. In about a third of those diagnosed, the disease is aggressive and advanced and their chances of survival are low. “Five years after treatment, the results indicate a great promise for patients with large-cell lymphoma,” says Dr. Caron A. Jacobson, medical director of the Cell Therapy Program at the Dana-Farber Institute of Cancer and a professor at Harvard Medical School. Nearly half of the patients in the trial are still alive five years after treatment. A group that previously had an average life expectancy of only six months. These results represent a real change in the level of treatment of the disease. ”

Iskarta is a development of an Israeli idea that originally began at the Weizmann Institute under the leadership of Prof. Zelig Eshchar and was developed by Kate Pharma. The data also show that since the publication of the follow-up results after four years, there has been only one death while the patient was in complete remission from the disease. Dr Frank Neumann, Kate’s Global Clinical Development Director, said: “Five years of survival in any cancer patient is a significant milestone and this is where we dare to consider the use of the word ‘cure’.”

Dr. Shimrit Ringelstein, director of lymphoma service at the hematology department at Rambam Hospital, explains: “For the past six months, we have been treating CAR-T technology that uses patients’ immune system cells and genetically engineer them so that they can act against lymphoma. This is a bright spot for patients. “Without this technology, their life expectancy would have been less than half a year. A follow-up study shows that the survival curve remains stable and almost none of them need further treatment thereafter. We may well have been able to reach a cure in this patient population.”
Side effects that pass after a short time

Prof. Tamar Tadmor, director of the Hematology Institute at Bnei Zion Medical Center, explains in an interview with N12: “Lymphoma is the most common oncological tumor in the field of leukemia. In Israel we diagnose 1,450 new patients with lymphoma. Of these, about 30 percent of cases suffer from aggressive lymphoma. These receive chemotherapy and about two-thirds of them recover but we are left with a third of the patients whose disease is resistant to chemotherapy or recurrence.These patients when the disease recurs we give chemotherapy once again and if they still do not respond or develop resistant disease, until a few years ago we did not have “What to offer them and life expectancy was half a year or less. Then came the new technology called CAR-T and produces a kind of vaccine or revolutionary treatment that will attack the cancer cells and destroy them.”

Two years ago, it was decided to add this treatment to the drug basket in Israel after doubts were raised and question marks were raised about its effect on patients. “What was clear at the time was that if patients did not receive the treatment they would die but it was not known what the long-term effect was. Now the results of the five-year follow-up study have confirmed themselves. News that was not known. ”

“In medicine we do not do magic, but it is rare to find a treatment that in a one-time administration gives hope to forty percent of the patients who before that had nothing to offer them at all,” concludes Prof. Tadmor. “These results are dramatic and exciting.” At the same time, technology also has uncomplicated side effects, such as the risk of a training storm that manifests itself in fever and chills, and neurological side effects that are witness to convulsions. “But the results of the long-term follow-up indicate that even in cases of a neurological phenomenon, it is a temporary, reversible phenomenon that passes after a short time.”

DLBCL lymphoma: what are and what are the possible treatments?