The drug that saved and at the same time harmed women 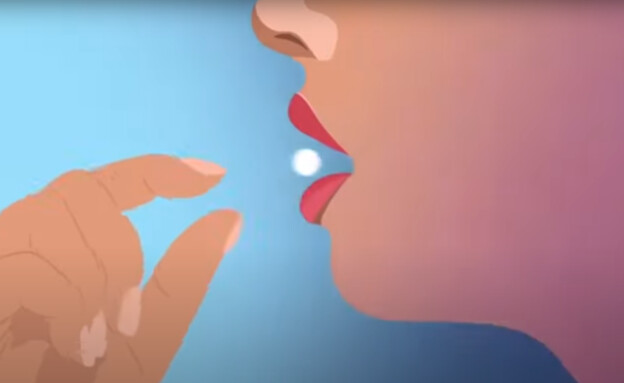 In recent years more and more women are asking questions about hormonal contraceptives and what was once considered one of the great medical inventions in Western medicine is now in doubt. The contraceptive pill ostensibly changed the balance of power between women and men and “liberated” women from lack of control over their fertility and unplanned pregnancy, but in practice maintained the balance of power and became a female burden, a transparent and obvious practice when the hand on prescription is light on the trigger.The challenge to this truth came to a head last weekend, when the movie “The Business of Birth Control” went up for free global screening. The film, created by director Avi Epstein and initiated by Ricky Lake (yes, yes, this is the talk show), is part of a larger project that puts Western medicine, with an emphasis on the profession of obstetrics and gynecology, in the critical spotlight.

The film traces the problematic history of developing the birth control pill, and its current problematic nature, from several perspectives. Starting with the racist past of the family planning movement, in reproductive injustice among underprivileged communities, with an emphasis on black and native women, in the connection between the capitalism of the drug companies and the crimes of the regulatory mechanisms that were supposed to oversee the hormones of contraception.

The history of the development of contraception for women was part of a political medical movement called “eugenics”, which aimed to control and navigate quality birth versus quantitative birth, and reduce birth among communities considered primitive, unproductive and even deviant from the social order. Margaret Sanger, one of the mothers and pioneers of the right to family planning, who until recently was considered a feminist icon, collaborated with this movement and is now considered a racist who worked to reduce births among black women living in poverty in New York in the first decades of the last century. Sanger was also one of those who recruited donors, doctors and pharmacists to develop the birth control pill and thanks to it, or not, it has been around the world for 60 years. When the pill went on the market in 1960, it was a real revolution.

The pill has previously prevented life-threatening

It is important to understand the historical point in time of this technological development – women who got into an unplanned pregnancy were sentenced in the worst case to an illegal and unsafe abortion, which endangered their lives and even led to their deaths. At best they became social outcasts and were even forced to hand over the baby for adoption. The pill solved a social problem: it prevented despair, life-threatening and even allowed women to control their future, integrate into the labor market and become human girls and not just a tool for fertility. It gave women control over the consequences of their sex (but not about the sex itself).

But unlike the 1960s, the risks of miscarriages have dropped worldwide because of liberal legislation, innovative drugs, access to health services and women’s familiarity with their bodies. The question arises, how is it possible that the hormonal contraceptive drugs (the pills and their quantity), are still so common, and almost the only exclusive options that women and couples have to prevent pregnancy?

The film basically reveals what many of us, in the feminist movement for women’s health and science and technology researchers, know: science and medicine are gender biased, adopting the starting points that fit social hegemony, in this case, men and drug companies. As the film says, they may be good with society, but not with women. The film also describes the variety of medical reasons for prescribing pills, including polycystic ovaries, endometriosis, premenstrual syndrome, acne and overdose, and emphasizes, the drug does not cure the syndromes, it hides them. She is a band-aid as the film says. When women stop taking these medications, the syndromes recur. Do not get confused. This is a drug. The film also describes the struggle to raise awareness of the hormonal contraceptive side effects (an exemplary scene in the film) related to quality of life such as depression and low mood, decreased libido and vaginal dryness, migraines, and other life-threatening conditions like stroke, blood clots and heart attack.

The main question raised by the film is how it is possible that a drug that so adversely affects the lives and bodies of women, which even leads to death in rare cases, is still marketed and given easily to almost any woman who is interested in it. The answer is that it is convenient for everyone. For everyone except women. For men, pharmaceutical companies, health services, capitalist economies and global humanitarian organizations.

Lest you misunderstand me, I support the right of women to choose the contraceptive that suits them, among all the existing types of contraception, and the use of hormonal contraceptives as a medicine, in situations where there is a medical need. But I also support the development of critical thinking, the challenge of Western medicine that has always been the supervising body in the fertile body of women, and especially I support the question of how healthy women can take medicine every day for years, sometimes making them sick, and it all makes sense? The drug actually blocks or disrupts the endocrine system of women, and produces an artificial body all the time. Ovulation and its prevention is not a medical problem. Pills do not regulate menstruation. They neutralize him. For the whole month. And for that the film puts a spotlight.

Another important point, the film is biased and if you look at the funding factors, you also understand which side it is biased to. He is biased towards the fertility awareness method and a product called Daisy that helps in using the method. While he is trying to expose the industry around contraception for women, he is actually sinning in the same sin. The fertility awareness method is a method that teaches women their monthly cycles so that they can prevent or plan a pregnancy by learning several metrics: body temperature every morning, daily discharge and cervical location check. Daisy is a thermometer that measures morning heat and is connected to an app that records the heat so the woman can understand her fertility window. The film does not present other options like the diaphragm, condom or cervical cap. They are all non-hormonal, non-invasive and painless contraceptives.

As an avid supporter of the fertility awareness method, I know and understand that not everyone has the privilege of learning, practicing and using it effectively. Not all women have a sexual partner who respects the fertility window and the woman’s saying “today is impossible without a condom”. Not all women have the privilege of terminating an unplanned pregnancy if necessary. Not all women have the daily availability to listen to and concentrate on the body. Women who live in poverty, violence, or who have been raped, may find themselves in an unplanned pregnancy, and all of which the film ignores. That is, the class issue that is is the issue of contraception. High-middle-class women, white and from the developed world, will always find a solution to prevent or terminate a pregnancy.

The film also does not emphasize men’s lack of responsibility and partnership in contraception, bias of medicine and lack of development of contraceptives for men and that medicine and drug companies happily contain the side effects of hormonal contraceptives when it comes to women but God forbid when it comes to men. Injury to men to prevent pregnancy is a red line in drug companies and perhaps even in society as a whole, but in women, anything is allowed. While fertile women have a very limited number of days a month, and only in them can they get pregnant, men can get pregnant every day, all day, and several women at the same time. Logic was supposed to say that those responsible for most unplanned pregnancies in the world (men) were supposed to be the ones for whom contraception was developed.