The unconventional hygiene habits of the celebrities 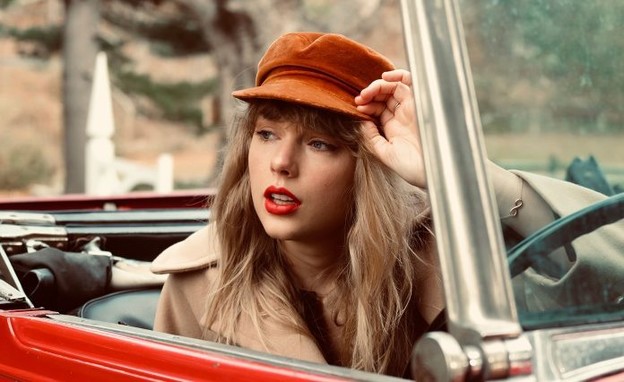 On the red carpet they always look glamorous and well-groomed, but off-screen the situation is a little more complex, like reality. Extensive discussion of the celebs’ hygiene habits has resurfaced in recent months after Ashton Kutcher and Mila Kunis shared that they do not wash their children often, following which other celebs openly admitted that they do not shower regularly.Turns out it didn’t stop at the weekly number of showers. Over the years, celebrities have shared and we have been there to listen, follow and quote. Here are some of the unconventional habits of celebrities:

Mankind has evolved miraculously in the last hundreds and thousands of years. Some will say that it does not play in our favor, but in the face of all the changes, what remains standing and stable is our body odor and millions of sweat glands that constantly take care to cool the body. The armpits are considered a major focus of sweat and the accumulation of odors that may be downright unpleasant, but there are people who let nature do its thing:

Deodorant, is it healthy at all?

Actor Matthew McConaughey said he had not used deodorant for nearly 35 years, claiming “a man should smell like a man.” Is the scent of a man also a scent that is pleasant to stand near? Actress Nicole Brown, who starred alongside McConaughey in the film ‘Tropical Thunder’ in 2008, said rumors of the actor’s hygiene habits had intrigued her and she decided to take a closer look at the subject during filming. “I remember he said he did not use deodorant and that he did not smell,” Brown said. “My first thought was, I’ll go get as close to him as I can to see if he’s right.” The results were not long in coming. “It does not smell bad,” Brown testified. “It smells like granola. That’s all I can say. It smells sweet and natural.”

Despite being an anti-deodorant, Matthew insisted he takes his personal hygiene seriously, claiming he showers several times a day and brushes his teeth up to five times a day.

Precisely when lying: all the reasons why it is important to sweat

Actress Cameron Diaz testified that she does not use deodorant at all: “The world would smell better if people stopped using antiperspirant,” the actress stated, adding that she had not used deodorant for almost 20 years. When asked by the interviewer if men should also avoid using deodorant, she replied: “Leave it and just cut your armpit hair so that it does not hold the smell.”

Washing feet in the shower

Do you wash your feet in every shower (why not actually? Isn’t it easiest to wash your whole body?). Taylor Swift provided an interesting detail about her shower habits. “I only do this when I shave my legs, shaving cream is like soap, right?”. Interviewer Alan DeGeneres agreed that shaving cream could be a kind of soap which led to the singer’s response: “So it counts? I’m on the right side of history.”

The short discussion provoked quite a few reactions on Twitter, and many surfers did not really flow with ‘History According to Taylor Swift’. One respondent explained the singer’s custom: “How the hell do your feet get so dirty that you have to wash them regularly with soap and water?” Daily showers are designed for areas that produce a lot of sweat like armpits and groin. You do not have to scrub yourself from head to toe. It’s a waste of time and it’s harmful to your skin. ‘

Alan DeGeneres addressed the issue again on another show, noting that Rob People who say they do not wash their feet think that if the soap flows down their body it is enough: ‘They call it the tickling effect. “That means the dirty water is dripping on the dirty feet, which makes them doubly dirty.”

10 Mistakes You Make In The Shower

Do not brush your teeth. I have enough dental floss

Singer and actress Jessica Simpson recently said on the show that she does not brush her teeth twice a day, and then added that there are days when she does not brush at all. “I just use blister (mouthwash) and sometimes I will use my sweater as floss only.” About a decade ago on an Alan DeGeneres show she said she brushes her teeth “maybe three times a week” – and explained – “Because my teeth are so white, I do not like them feeling too slippery, but I use listerine and floss every day.”

Simpson’s dentist, Dr. Bill Dorfman, shared that he was surprised to hear about the star’s brushing habits. “It’s great that she flosses all the time, but you also have to brush,” Dr. Dorfman said. “What happens in the mouth affects the whole body.”

The right way to floss

Gargle oil, eat clay and vitamin D for the vagina

Actress Shailene Woodley shared a personal article on some of her personal hygiene habits, including gargling oil and consuming clay. According to Woodley, “a gargle of coconut or sesame oil makes the teeth whiter because the plaque on the teeth is not water soluble, it is fat soluble. So the fat should dissolve in the fat. I prefer sesame oil, but both are good.”

Eating clay, which Woodley believes is one of the healthiest things that can be done for the body, cleans the teeth and face. “I first heard about the benefits of eating clay in a taxi custom,” Woodley clarified, in case Misha was curious about the sources of Woodley, who generally recommended opening up to the possibility of getting important health and hygiene advice from taxi customs. The only potential downside Woodley mentioned about eating clay is that the excrement and urine may have a metallic odor.

“Another thing I like to do is give my vagina a little vitamin D,” the actress wrote. “I read an article written by a herbalist who said that there is nothing better than vitamin D. If you feel depleted, go to the sun for an hour and see how much energy you get. If you live in a place where there are heavy winters, when the sun finally comes out, spread your legs and get some sun”.

Is it healthy to drink urine?

In 2013, a documentary series was released about the singer “Hard” -Ke $ ha called “My Crazy Beautiful Life”. The series followed the rapper’s professional and personal life and it turns out that the eccentric pop star has some weird hygiene habits that she is not afraid to talk about in public.

In one episode of the series, the pop singer described that she was willing to try anything to get in shape. While driving an SUV, her friend told her that her mother knew someone who drank his urine every day. Apparently the singer listens to the advice her friends provide her, in an interview with the BBC she said she tried to be healthy so she drank her urine. “Someone tried to take my pee from me, and I said, ‘This is mine!’ So I snatched it and took it and it was really disgusting, so I do not do it anymore. ”

Breaking the Taboo: Is Our Urine Really Healthy for Us?

The habits of Marilyn Monroe

She is considered the epitome of Hollywood glamor, but a book released in 2007 reveals the less glamorous habits of star and pop icon Marilyn Monroe. A documentary about actor Clark Gable, who starred in “Gone with the Wind,” quotes associates of the actress as saying she rarely bathed, slept naked and ate a lot in bed. According to the testimonies, her cleaning habits were so terrible that they caused some of her servants to stop working for her. Among other things, it read: “She had huge piles of filthy dishes in her room. Once she was seven, she would put the leftover food under the sheets, rest on the bed and leave it to her servants to tidy up.” She also suffered from what would today be described as irritable bowel syndrome.