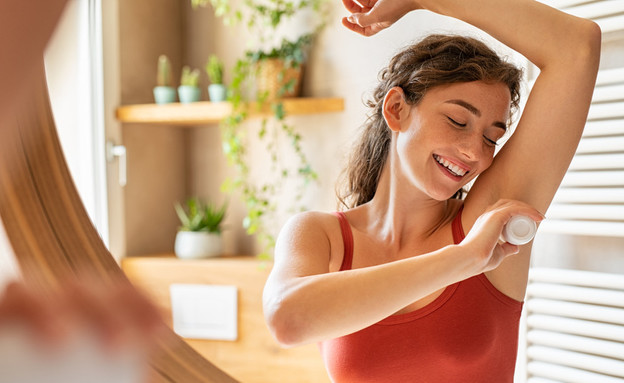 Sweating is one of the natural phenomena and at the same time – the least pleasant. It turns out that this sticky feeling that attacks us especially on hot summer days when the humidity rises, has various physiological explanations. Herman Weiss, chief pharmacist and owner of Suboclam, explains: “As we know, sweat is the way humans cool themselves, but there are other reasons that make it necessary. For example, not many people are aware that sweat is the body’s way of getting rid of waste. “In addition, sweat plays a significant role in regulating the amount of water in the body and expelling unnecessary fluids through the skin.”

Weiss explains that sweating is a phenomenon that occurs throughout the seasons, and the reason we feel it more in summer is actually due to the fact that moisture causes slower evaporation of sweat fluids, while dryness causes it to evaporate faster, so in winter when dry and cold we do not always feel it.

Because of this, it is very important to use deodorant not only in the hot season. “The bad smell that emits as a result of sweat is a product of various organisms that are in the sweat itself,” Weiss points out.

How to choose a deodorant?

Weiss notes that the choice of deodorant should be made according to personal preference and according to the degree of sweating. “Some people tend to sweat relatively little, and for them deodorant without aluminum will suit. The problem with aluminum is that it is a substance that can cause irritation, so it is a great solution for those who suffer from sensitive skin, adolescents or anyone who fears using deodorant with aluminum and prefers natural cosmetics. Aluminum-free deodorant that is especially suitable for sensitive skin – it does not stain clothes and is suitable for people who do not suffer from excessive sweating.

“On the other hand, for those who tend to suffer from irritations, allergies or symptoms such as atopic dermatitis (skin asthma) or rosacea that causes redness in the skin, it is better to choose a perfume-free deodorant. “It is an essential mineral that helps reduce sweating, as well as tapioca starch that absorbs fluids. Their combination with deodorant allows for a safe feeling and a good smell, without sacrificing skin care and nourishing it with ingredients that contribute to its texture and health.”

“Some people tend to sweat relatively little, and for them a deodorant without aluminum will suit” (Herman Weiss) | Photo: Amir Menachem
Finally, get another tip from Herman: “For those who spend many hours at work, I suggest keeping a pack of wipes and deodorant in your bag. From time to time you can wipe your armpit and apply deodorant. This way you can maintain a good smell at any time and in any environment.”