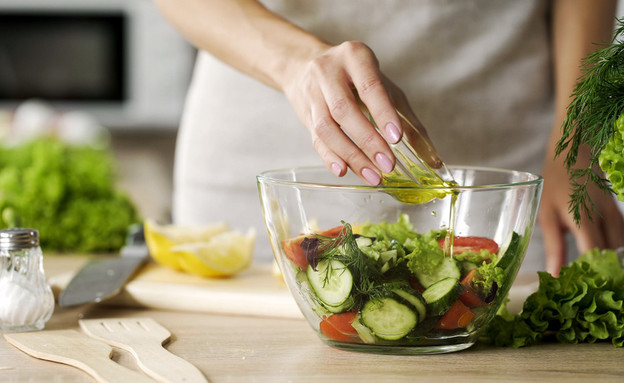 Avocados have become increasingly popular in recent years – and for good reason. This is a fruit with a unique, healthy and varied taste that is integrated into many different dishes. Perhaps being particularly photogenic has also contributed to this, with the increasing use of the Instagram app to post photos of food dishes. According to the British “Vogue” magazine, in 2017 no less than 3 million new photos of avocados were uploaded to the social network every day. But it turns out that one can enjoy its health benefits not only in its natural form but also in its oil. We have gathered some good reasons to start using avocado oil:

Various studies done on the subject indicate an advantage of avocado oil when it comes to heart health. Avocado oil has been found to help lower LDL (“bad”) cholesterol levels and raise HDL (“good”) cholesterol levels. In addition, it has been found that avocado oil can help reduce the level of triglycerides (fats) in the blood. High levels of triglycerides are a risk factor for cardiovascular disease. Although most studies done on the subject have focused on the effect of avocado oil on laboratory animals and therefore it is still difficult to know to what extent the effect is also valid in humans, but it can be assumed that a similar effect can also be found in humans.

Avocado oil contains a powerful antioxidant called lutein, which is considered particularly good for eye health. Studies suggest that consuming foods containing lutein can reduce the risk of cataracts and macular degeneration, eye diseases that develop with age. In addition, antioxidants help fight free radicals that cause damage to the body. By doing so, they can help prevent various chronic diseases.

Helps absorb nutrients in the body

There are certain nutrients that come from the food we eat, which need fat to be better absorbed by the body, like some of the antioxidants found in vegetables and fruits, like carotenoids. Which is a good enough reason to use more avocado oil in a salad.

More in—. health:
>> Why do we constantly pee? Maybe this will surprise you
>> Experts warn: Corona symptoms have changed
>> We were surprised: just do not do it before sex

The fatty acids in avocado oil contribute to improving the health and appearance of the skin. Although only limited studies have been done on the subject, so far it has been found that preparations containing avocado oil reduce the symptoms of psoriasis and contribute to the healing of skin wounds.

Avocado oil consists mostly of oleic acid, a monounsaturated fatty acid that is also found in olive oil and is considered a healthy source of fat. In addition, avocado oil contains omega 6 and omega 3 and also about 12 percent of saturated fatty acids and about 13 percent of polyunsaturated fat. Although it is a healthier type of fat, it contains quite a few calories and is therefore still recommended to be consumed in moderation, like any other oil you use.

Studies have found that an extract consisting of a combination of avocado oil and soybean oil can help prevent gum disease. Symptoms of the disease include redness and bleeding gums, bad breath and in some cases it can even lead to tooth loss.