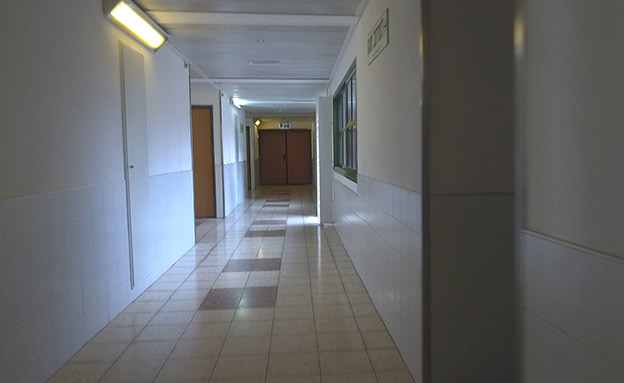 A., arrived at the emergency room at Sha’ar Menashe Hospital about a month ago and demanded to be hospitalized. The doctor who worked at the place at the time refused on the grounds that he did not need to be hospitalized. A. was furious with the doctor, rioted on the spot and told her: “I will fuck you, I will finish you.” Immediately afterwards he pounded his fists on the window, broke it, and spat at the doctor, who hit her.Police officers who were called to the scene by the medical staff arrested A. and he was taken for questioning. He said he was furious that the doctor refused to hospitalize him. “He was upset that I told him there was no need to hospitalize him, he raged with a punch in the window and broke it. Then he went over and spat on me,” the doctor testified to police.

Menashe Gate: A patient went on a rampage during treatment and injured a nurse

The Haifa District Attorney’s Office filed an indictment against A. in the Hadera Magistrate’s Court for violations of threats, violation of a legal provision, malicious damage and assault of an emergency worker. The prosecution demanded that A. be detained until the end of the legal proceedings against him, on the grounds that this was a very serious case. On the other hand, A.’s defense attorney requested that he be released under house arrest and removed from the hospital.

In an unusual move, Judge Keren Anisfeld decided to extend his detention until the end of the proceedings on the grounds that the danger from him was real and powerful. The judge noted in her decision that there was solid evidence against him and that his actions were serious and on a real and powerful dangerous level. According to her, there is no dispute regarding A.’s actions. He will remain in custody until the end of the proceedings and will be under supervision to prevent him from harming himself.