“If anorexia is detected early, thought patterns can be changed” 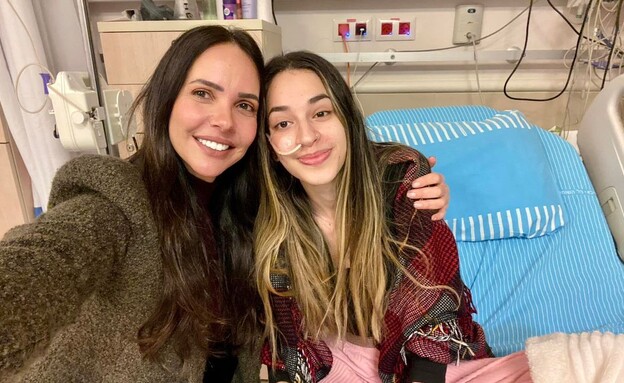 Retired businesswoman and beauty queen, Ravit Assaf published a post this morning in which she tells of an exciting encounter she had with a girl named Ural who suffers from anorexia. Uriel, 18, contacted Ravit on Instagram, they corresponded and yesterday they met at Tel Hashomer Hospital, where Uriel is hospitalized.Assaf, who won the Israel Beauty Queen pageant in 1992, has established a network of professional makeup schools and has previously served as a presenter in a campaign to prevent violence against women. In the post, she says that she has been meeting and accompanying girls with severe eating disorders who are in the various hospitals for years. This time Ural asked her to publish her story: “So that other girls do not get into her situation. Let them stop a moment before.”

“I sit with her for over an hour,” Assaf said. “A super-intelligent girl who tells me she went through a social boycott as a child, experienced loneliness and thought that if she was thin (even though she was always thin), she would attract more attention and become more acceptable.”

In recent days, Karin Bauman’s painful story has returned to the headlines, raising the issue of eating disorders. Karin, who has been dealing with severe anorexia for 15 years, was recently hospitalized again with a general collapse and heart failure. Her mother, Judith, asked for help from anyone who could help to pay for the expensive treatments: “My daughter is dying in front of my eyes and I want to do everything to help her.”

The immense mental difficulty in dealing with anorexia once it breaks out is well known to anyone who has experienced the disease. “It is a very serious disease that takes over every organ in our body and mind. Despite the awareness, the head is unable to resist and there is no other way but to be hospitalized and over time,” Assaf writes in a post she published. Its unequivocal recommendation – early detection saves lives – “If anorexia is detected early, it is easier to change thought patterns and eating habits. In addition, irreversible physical damage is not enough. But if the disease is long-lasting, the chance of complete recovery is very small. “.