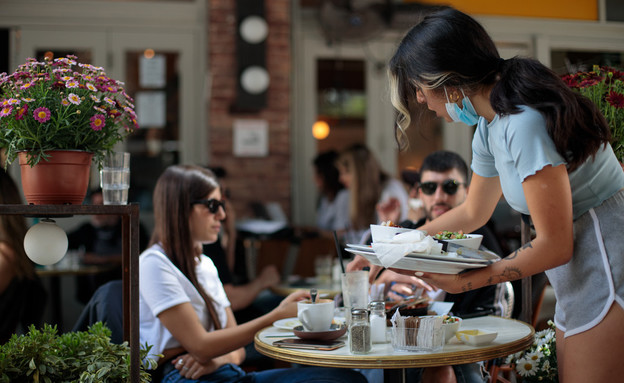 The short answer is: yes. Even vaccinated people can become infected with corona, and may even become infected. But this is a complex issue, and so is the answer. In this article, the reference is only to Pfizer’s mRNA vaccine, which is stored in Israel.

Can vaccinated people be infected?

Two months after starting Vaccination operation Against Corona in Israel, already We reported here On very encouraging findings. Ran Blitzer from Clalit Health Insurance Fund led A very large study published in the New England Journal of Medicine, which included about 600,000 vaccinated versus 600,000 unvaccinated. The study showed that vaccines have a 94-92 percent effectiveness in preventing infection, symptoms or serious illness. In research Conducted among health system workers at a hospital in the center of the country, it was found that 19 out of about 5,500 vaccinated (0.3 percent) were infected and were asymptomatic, and only eight were infected and experienced symptoms (0.14 percent). In contrast, among about 700 unvaccinated, 17 were asymptomatic (2.4 percent) and 38 experienced symptoms (5.4 percent). That is, vaccines are eight times more fully-vaccinated against infection and asymptomatic disease and 40 times more than symptomatic disease. But the defense is not 100 percent.

In addition, In a letter to the journal’s editorial staff, Blitzer and colleagues added that vaccines are less effective (85-80 percent) in terms of infection and the onset of symptoms or worsening of a serious illness, in people with three or more serious background illnesses, and in patients with diseases such as diabetes, hypertension, heart disease And kidney disease. Further studies have shown that patients with certain diseases respond differently to the vaccine. for example, Only about a third of kidney transplants in Israel Develop antibodies after receiving the vaccine. About half of liver transplants No Developed antibodies and similar findings Was discovered Even among heart transplant recipients. However, another study in heart transplants has shown more serious results, among them Only 18 percent The transplant recipients developed antibodies.

Among leukemia patients, between 55 percent and 80 percent of patients vaccinated between treatments developed antibodies, but only 16 percent of those who were vaccinated while receiving leukemia developed antibodies. among Other cancer patients (Such as colon, lung, brain, etc.) About 90 percent have developed antibodies. MS patients treated with the drugs Okerlizumab and Pingolimov Almost no antibodies were developed After vaccination, compared to patients treated with the drug caldribine. These studies, and others, show that the vaccine does not protect one hundred percent from infection, and that a significant proportion of patients with certain background diseases develop a weak immune response following the vaccine, so they are still at risk for infection, and even disease.

Reality has shown us that when a high percentage of the population is vaccinated, the herd immunity effect protects even those who are not vaccinated. A study by Roy Kishoni from the Technion, Published in the journal Nature Medicine, Showed that the higher the immunization rate, the greater the protection of the general population. The study compared the levels of immunization and morbidity among 177 communities in the country. The researchers found that for every 20 percent increase in the level of immunization in the community, half of the infection among non-vaccinated people decreased. Such protection is most likely to encompass even vaccinators who have not developed an adequate immune response. As of June 2021, about 60 percent of the population in Israel is vaccinated or recovering from corona, and that was enough to protect against the original corona virus and the alpha variant (also known as the “British variant”). However, the emergence of new and more contagious variants impairs herd immunity.

The protection provided by the vaccine depends on the duration of exposure to a sick person, for example – a few minutes at the supermarket checkout compared to hours together on the plane; For the level of exposure, for example, a closed and unventilated place compared to an open space, use of a mask; And yes, in the variant of the virus. The emergence of new variants is An integral part From an epidemic. The more infected and sick there are in the world, the greater the chances of a more contagious, more violent variant, or one for which the vaccine is less suitable. It is important to note that the vaccine performs Does not cause variants to appear Resistant, because vaccines reduce the number of infections, as well as the number of viruses that form in vaccinated cells, before the immune system destroys it.

Research Of Moti Gerlitz from Tel Aviv University showed that vaccines are effective in reducing morbidity against variant alpha, when it arrived in Israel. This variant is more contagious than the original virus, but the vaccines seem to have been extremely effective against it as well, and the herd immunity we have reached was sufficient for good protection against it. However, in a study by Adi Stern of Tel Aviv University, in collaboration with Clalit Health Services, Published in the journal Nature Medicine, it has been found that vaccine protection for the beta variant (known as the “South African virus”) is already less good, as more than expected cases of infection with this variant have been detected. The study also indicates that the “window of opportunity” of the virus is relatively small, and most beta-virus infections occurred in the time window between one and two weeks after receiving the second dose of the vaccine, but not afterwards. However, this is a small number of cases and further research is needed.

The study by Stern and colleagues pointed to the problem feared by the Ministry of Health, namely the emergence of a variant against which the vaccine is slightly less effective. The beta variant is probably as contagious as the alpha variant, perhaps even less so. However, the Delta variant (the “Indian variant”) Contagious about 60 percent more From the Alpha variant. Preliminary studies show that vaccines Slightly less effective Against it (88 percent efficiency, compared to about 94 percent against variant alpha). In the meantime, however, it seems that vaccines are still very effective in terms of preventing hospitalizations (about 95 percent) – the main goal of vaccine development. Outbreaks appear to be exacerbated during immunization (such as in children and adolescents who have not yet been vaccinated) but also in vaccines.

In an article published on the N12, Galia Rahav said that the more people who become infected, the more likely they are to be vaccinated. However, most vaccinated people experience asymptomatic disease, or with only mild symptoms. The combination of high infectious agents on the one hand, and slightly less good protection of the vaccine on the other hand, causes the corona outbreaks that have appeared in Israel in the past month, ie a decrease in herd immunity. The solution to this is to increase the percentage of immunization in the population, with estimates of the Delta variant being that we will have to increase from 60 percent today to about 80 percent of the total population.

Can vaccinated people be infected?

The answer to this question is “probably yes”, but the information about it is still anecdotal. For example, recently report A vaccinated father contracted corona in Dubai and infected his two children. However, the individual circumstances have not been published and there are important questions that have not been answered yet. For example: Is the father suffering from a background disease that impairs the effectiveness of the vaccine? Was the father’s illness symptomatic? In any case it is difficult to estimate statistics from a few cases and comprehensive studies are needed that will answer these and other questions.

Those who have been vaccinated against corona are highly safe from infection, but not one hundred percent. Vaccines can become infected, especially when exposed to a corona patient for a long time and in a closed and unventilated place and without masks. Certain background diseases reduce the effectiveness of the vaccine and therefore these patients should be doubly careful. Infected vaccines can probably also infect others in their environment, but this issue is still under investigation. Due to caution, an infected person should be kept in isolation according to the instructions of the Ministry of Health.

The best solution for reducing morbidity in the country is to increase herd immunity, that is, to increase the percentage of vaccinated in the population. The more people are vaccinated, the more the virus – no matter what variant – will be able to spread in the population and infect vaccinated and non-vaccinated. If in addition we make sure to wear masks indoors, and avoid traveling to countries where the morbidity rates are high, we can reduce the morbidity in the country and reach herd immunity again.