A respiratory virus in children strikes in the summer 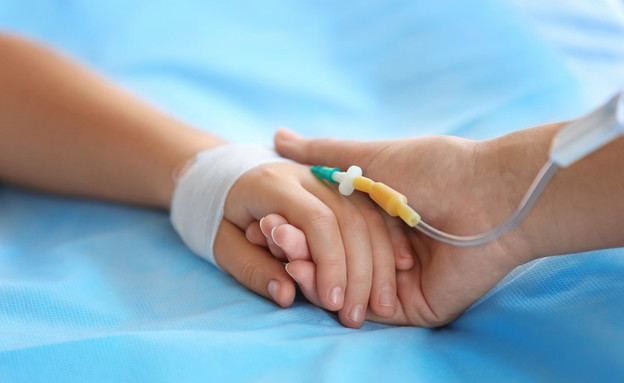 The respiratory viruses during the last winter months have hardly been felt, probably as a result of the masking that prevented the transmission of viruses between children and adults alike. Three weeks have passed since the removal of the masks and now there is an increase in the number of cases of respiratory viruses that appear in children.

The pediatric ward at Hillel Yaffe Medical Center, for example, is currently occupied by over 150%, mainly due to various respiratory viruses, including the RSV virus, which is characterized by the winter months of November to March. As well as other respiratory viruses, which carry with them the aggravation of asthma in children.

“RSV virus It is one of the most common viruses in children during the winter. Its typical picture is of respiratory disease manifested by the appearance of fever, cough and sometimes a slight runny nose. There may also be increasing shortness of breath to the point of needing oxygen assistance. The duration of the disease is usually about a week, and its peak severity usually appears on the fourth day of the disease. There are situations in which the normal disease will be accompanied by a secondary bacterial infection that can lead to ear infections and even pneumonia – bronchiolitis. “The expression of the virus is more difficult in children aged two to four years and those with a background disease of the respiratory tract, as well as in preterm infants and children suffering from various chronic diseases,” notes Dr. Adi Klein, director of the pediatric ward at Hillel Yaffe Medical Center. Several toddlers and children diagnosed with this virus are now hospitalized, two of them in critical condition and in need of additional respiratory support for oxygen.

It is a rare phenomenon that the virus appears in June and the beginning of the summer season. It is a seasonal virus that we are used to seeing in November-March. In general, in cases of diseases caused by viruses, recovery is spontaneous – since it is a virus there is no antibiotic treatment, and usually the body overcomes the disease on its own within a few days (two days to a week), but when shortness of breath increases, especially in infants under one year Contact your doctor to assess the severity of the disease.

Dr. Klein expands on this: “If you have recognized that the toddler’s breathing rate is high (over 60 breaths per minute in infants up to six months, and over 40 breaths per minute in older babies) it is advisable to go to the attending physician and even the emergency room. Even when very hard breathing is detected and there is cyanosis or high fever – you should go to the emergency room. “Bronchialitis can unfortunately be a risk factor for the development of chronic respiratory diseases, such as asthma.”

The vaccine is given at the beginning of the burning season, ie in November, and is valid for five months. As with many infectious diseases, adhering to proper hygiene conditions and hand washing can greatly help reduce the chances of infection. “Parents need to be vigilant and keep their hands on the pulse to make sure that medical intervention, if necessary, is given in a timely manner,” Dr. Klein concludes.