Israel: the first case of Flurona, Covid and influenza together 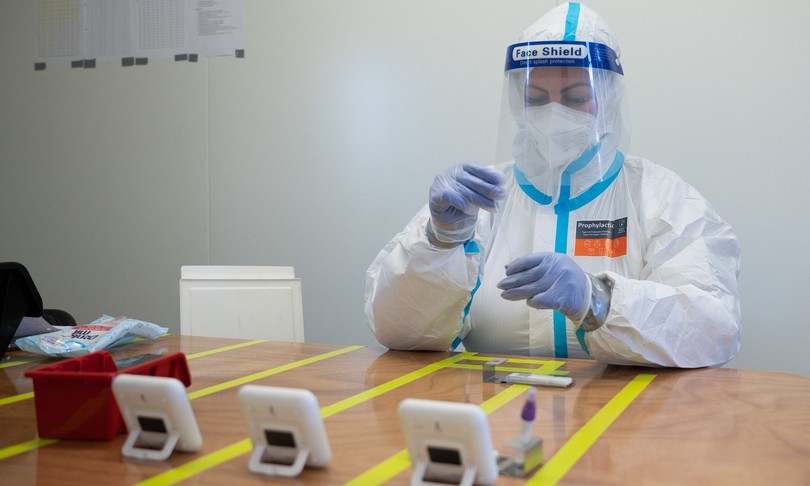 In Israel: the first case of Flurona, a disease that combines the symptoms of coronavirus and influenza stagional And. This was announced by The Times of Israel, citing Petah Tikva’s Beilinson hospital. The condition was diagnosed in an unvaccinated pregnant woman.

“She was diagnosed with the flu and the coronavirus as soon as she arrived. Both tests came back positive, even after we checked again. The disease is the same disease. They are viral and cause breathing difficulties as they both attack the respiratory tract. superior, “said Professor Arnon Vizhnitser, director of the hospital’s gynecology department, as quoted by the Israeli media. The woman experienced mild symptoms and was reportedly discharged from the hospital. The Israeli Ministry of Health is studying the case.

In Israel it has also started the administration of the fourth dose of the anti-Covid vaccine to the over 60s and to healthcare personnel. The news was announced on Sunday by the premier, Naftali Bennett. Those who belong to these two categories of people can now receive the serum provided that 4 months have passed since the inoculation of the third dose. “The wave with the Omicron variant is underway and we must protect ourselves “, Bennett said, pointing out that the surge could reach 50,000 cases per day. More than 4 million Israelis have received three doses of the vaccine, out of a population of approximately 9.2 million

Furthermore, from January 9, the country will allow foreigners with presumed immunity to Covid-19 to enter if they come from medium-risk countries: the Ministry of Health has made it known, overturning the ban on entry to foreigners imposed at the end of November in response to the Omicron variant. This was reported by the Reuters Agency.

Fully vaccinated foreigners (with the third dose) will be able to enter Israel as long as they do not come from ‘red’ countries. The ‘red’ countries remain: United States, United Kingdom, Mexico, Turkey, United Arab Emirates, Ethiopia, Tanzania and Switzerland. The health ministry also recommended lowering the risk level for those arriving from South Africa, Nigeria, Spain, Portugal, France and Canada.