A startling verified record in the US, in Europe Optimists: Corona in the world 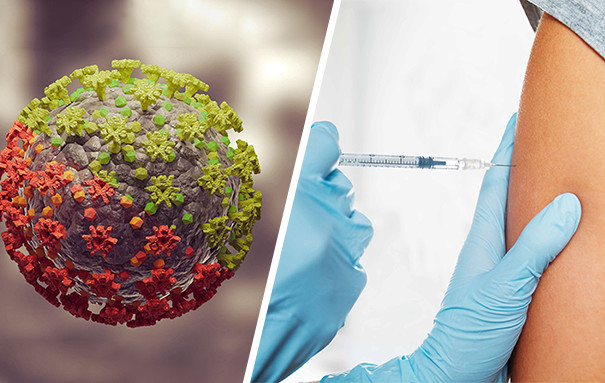 On the one hand, closures, on the other, cautious optimism: Every country in the world is facing the wave of the omicron differently. The N12 embarks on a journey around the world with a detailed snapshot.

The United States yesterday (Monday) crossed the threshold of one million infected in Corona in one day. This is a new daily and world record throughout the power, about three times the number of cases diagnosed in the United States in previous waves. If you go deep into the data, you find that one in every 100 Americans contracted the virus in one week.

The alarming numbers have caused thousands of schools to delay returning to classes from the holiday break, and many students have stayed home and moved on to distance learning. Americans rely mostly on home tests, which may mean that official results do not reach the authorities, or there is a delay in reporting verified due to the holidays – and all this actually raises the possibility that the increase in the number of infected is much steeper than is known. In addition, not all U.S. states are in a hurry to quarantine. In New York, for example, the opening of the economy continues – one in three positive back tests.

The average positive test across the United States is about 18% and does not seem to worry decision makers too much. New York City Mayor Eric Adams, who took office only last weekend, has vowed to keep the education system open despite the outbreak. Just a month ago, the positive figure in New York was only 3%. As a result and unlike the city’s education system, shows on Broadway were canceled, and many businesses delayed returning to offices. The Reuters news agency defines the feelings in the American public in the first days of 2022 as “chaos.”

“We want to be very clear: the safest place for our kids is – a school,” the new mayor of New York Adams said during a visit to an elementary school in the Bronx. According to the Brooklyn City Department of Education, only one school in the city has closed due to a shortage of educational staff.

Cities like Milwaukee, Cleveland, Atlanta and Detroit have actually implemented online learning, or canceled classes this week. The same is true in New Jersey, where the numbers are closer to those of New York. Anna Bill Smith, 41, a mother of two who works in the health care system in Atlanta, supports the decision to study remotely, but also does not spare criticism from the decision-makers in her country: “I am really disappointed and frustrated by the lack of communication and lack of clear planning.”

In the past week, hospitalizations in the United States have soared by 40% and hospitals in many states such as Maryland, Ohio, Delaware and Washington, D.C. are reaching record hospitalization rates. On the other hand, the death toll from the virus remains relatively stable. Although the omicron is much more contagious than its predecessors, it causes much less mortality.

President Biden has urged Americans to go out and get vaccinated and defines it as a “patriotic duty.” He and his deputy, Kamla Harris, are expected to meet with the team of experts and plan the next steps. The booster for ages 12-15 was approved by the FDA last night, and like Israel, the waiting time between the second and third doses was also brought forward.

Cautious optimism in some parts of Europe

On a continent that until a few weeks ago was the focus of an eruption, “cautious optimism” is reported. In France, in parallel with reports of the development of a new mutation for the virus across the country, 67,641 infections per day were reported yesterday – a figure that is considered much lower compared to a few days earlier, when the number of verified skyrocketed over 200,000.

As a result, the lower house of the French parliament has suspended debates on a bill that would require people to present proof that they are vaccinated to go to a restaurant, cinema or train. The law was supposed to take effect on January 15, but this crisis has been postponed for the time being. Despite the optimism, French Health Minister Olivier Varane told parliament today that France could soon reach a peak of 300,000 new verified per day.

The “cautious optimism” of the French caught up with the British as well. There, a senior infectious disease expert said he sees slight signs that morbidity is declining in the capital London, and he expects the decline to spread to other areas in the UK within a week to three weeks.

Professor Neil Ferguson, who specializes in the spread of infectious diseases, told BBC Today: “I cautiously estimate that the rates of infection in London in the main 18-50 age groups that triggered the omicron epidemic have dropped,” he said. “Fast and reaching such high numbers, can not hold on forever.” In England, the number of people infected is high, but the increase in the number of patients is not the same.

The Netherlands, which has been under a strict closure for the past two weeks, will reopen primary and secondary schools only on January 10. The government has decided to open even if the number of infected remains high. The Dutch government stressed that the number of hospitalizations has actually dropped significantly since the country went into closure: “This is good news for students. The school is important for their development and mental well-being,” Dutch Education Minister Aryeh Slov said at a news conference. In contrast, vocational schools and universities will not reopen until at least January 17th. Last week, Dutch health authorities said the omicron had become the dominant variant in the country. The number of infections has dropped slightly from the peak levels seen in November, but still remains high with more than 14,000 new infections per day.

Dutch Health Minister Hugo de Jong has expressed his concern about what is expected of the country in the coming weeks: “Unfortunately, despite our rigid steps we are seeing an increase in infections”

On December 19, the Netherlands closed all shops, restaurants, hairdressers, gyms, museums and other public places. The ban remains in force at gatherings as well. The government will consider extending the restrictions only on 14 January. Statistics show that more than 85% of Dutch adults are vaccinated, but booster vaccinations in the country are slow. As of last Wednesday, just over 24% of adults had received the booster, and De Jonga hopes the percentage of vaccinated will double by the end of the week. The public did not remain indifferent either, and last weekend thousands took to the streets of Amsterdam, violating the guidelines and demonstrating against the government’s measures.

In Sweden, according to an official statement released earlier, it was reported that the king, Carl Gustav XVI, was found positive for Corona along with the queen.

The World Health Organization reports further evidence that Omicron affects upper respiratory tract, causing milder symptoms. This is according to ‘Abdi Muhammad, a project manager at the organization, who was asked about a specific vaccine against Omikron.

A city in China closes because of three cases

Yuzhou, a relatively small town in central Henan province in central China, announced last night a closure that would take effect Monday night after three asymptomatic cases of corona were found in the city in the past two days. “All citizens must remain at home,” authorities said. Yuzhou imposed strict restrictions on travel within and from the city at the end of December. She reported 95 cases of people being infected in the community with symptoms.

Another example is the city of Xi’an, where 13 million people live. There a closure was announced after only 100 verified were discovered. The city has been closed for almost two weeks, which is indeed slowing down the rate of infection. Yesterday was the second day in a row that less than 100 local cases have been reported in the city since December 24th. Despite the optimism, city officials are in no hurry to release the restrictions: “We would rather expand the identification of at-risk groups than ignore a single person,” one city official was quoted as saying in an article released by the government today.

In the article, the senior official said that “no one should be ignored during the mass inspections in the Xi’an area and the rural areas of the city should be closely monitored to make sure that people comply with the restrictions.” The senior added that people should not be allowed to leave their residential complexes unless they have received special permission from the authorities. The steps there are so severe that all residents have to present a negative test before they go to the medical services. All stores were also closed, leaving the public dependent on shipments. Authorities in Xi’an announced that the restrictions would be lifted gradually.

China is determined to halt the outbreak until the country’s Winter Olympics in February – and it is not sick of the means. In places where there is a high concentration of infections, people who have been verified in the vicinity are transferred to special facilities that isolate them from the public.