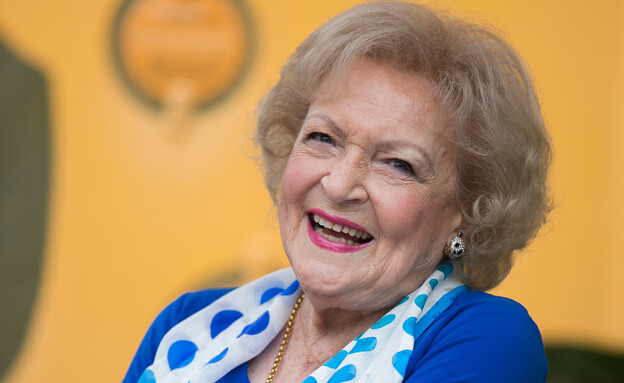 17 days before her 100th birthday, Betty White, the actress with the longest television career in history passed away. The actress, who won eight Emmy Awards, was interviewed by People magazine in honor of her 100th birthday and recounted the “cheeky” optimism that accompanied her all her life: “I got it from my mom, and it never changed. I always find the positive.”A historical look at the life habits of the iconic actress for almost ten decades, shows that healthy humor along with consistent maintenance of activity for the brain, body and especially the mind, produce the recipe for a life full of vitality at any age and in any situation.

Apparently the iconic actress’ dietary habits did not constitute her strong point. She herself addressed this in her latest interview and noted that she does not deal at all with the usual healthy foods: “I try to avoid anything green,” she said with half a laugh.

In 2018 she said two of her favorite things in life are vodka and hot dogs. Apparently the third thing is what has kept her vital and energetic for so many years: “Enjoy life,” she said. “Emphasize the positive, not the negative. It sounds so corny, but a lot of people will choose something to complain about, instead of saying, ‘Hey, that was great!’. It’s not really hard to find great things.” During the interview, she even testified that she tries to see the funny and positive side of everything: “I get bored of people complaining about one thing or another. It’s such a waste of time.”

In an article she wrote in 2014 she shared that: “I am the luckiest old woman on the planet because I am blessed with good health and energy.” She also went on to say about her sleeping habits: “I do not need much sleep, and I always find it difficult to get myself into bed at night. I have a beautiful Golden Retriever, Pontiac – he is sitting here now – and when it is after midnight he goes up the stairs and looks back at me as if to say “Do you come here occasionally?” “But if I get four good hours of sleep, then I’m fine. I’ve been like this my whole life.”

It turns out that optimism is not only a measure of quality of life but also of “quantity”. Many studies show that optimistic people are less likely to suffer from chronic diseases and die prematurely. The results even showed that optimism is specifically related to a longer life expectancy of 11 to 15%, on average, and a greater chance of achieving “exceptional longevity”, i.e. living up to the age of 85 and above. According to the data, these relationships were independent of socioeconomic status, health status, depression, social integration, and health behaviors (e.g., smoking, diet, and alcohol use).

White was also an animal lover and continued to care for pets even in her nineties. The actress had a Golden Retriever, Pontiac, whom she called the “house star.” According to reports, among White’s favorite pets were also some Pekingese.

Beyond improving mental well-being, studies show that raising a domestic pet may also provide heart health benefits. GodResearch this Showing that owning pets – especially dogs – can have a positive effect on a person’s cardiovascular health. Among the reasons for the healing power of pets one can find activities that relieve stress, social support, and a major benefit of course of physical activity with the dog. The CDC cites studies that have shown that the relationship between people and their pets is linked to a number of health benefits, including decreased blood pressure, cholesterol levels, triglyceride levels, feelings of loneliness, anxiety and PTSD symptoms.

Fitness for body and mind

The actress said her parents, who both died in the early 1980s, have been active and practicing regularly in their later years as well. As for how she keeps fit, she said: “I have a two-story house and a bad memory, so I go up and down those stairs all the time. It’s my exercise.”

During the Corona periods she said she used to pass the time with crossword puzzles, card games, documentary films of animals and sports. White said she challenges herself with thinking games and puzzles to stay sharp: “I’m addicted to crossword puzzles, I just can ‘t put them down.”