Underwent breast reduction surgery to serve in a combat unit 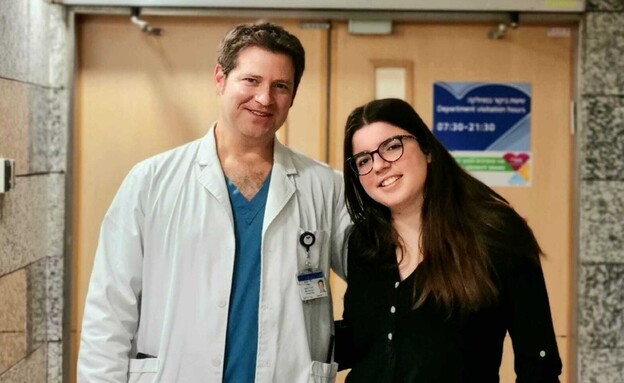 Yam Pima, 18, from Ashdod, dreamed all her life of enlisting in the IDF and serving in a combat unit. When she was informed that she had been accepted to serve in the infantry border unit, the joy was great but also mixed with sadness. For years Yam has been suffering from severe back pain and low self-esteem caused as a result of a large spectacle. Yam feared that the pain would not allow her to serve in the unit. She decided not to give up and this week she successfully underwent Ichilov breast reduction surgery.”A lot of women pay money to enlarge their breasts for aesthetic reasons. For me, dealing with a large breast has become a medical problem,” says Yam. I never felt light-hearted for my age. The hardest and most frustrating task I had was finding clothes that would suit me and flatter my body. Do not get comments and looks from people.

As the date of recruitment approached, so too did Yam’s decision to serve in a combat role with significance, became an increasingly important goal, which led to the decision to go for the surgical procedure.

Many girls and boys undergo treatment before enlistment

“It hurt my self-esteem very much,” says Yam, “I decided there was no reason for me to feel bad about my body and researched more in depth the option of breast reduction surgery. It was important for me to go to the doctor who would do the surgery in the best and most professional way.” R. Udi Arad, who is the director of breast reduction and asymmetry corrections here in Ichilov. “Arad explained to me that he treats many girls and boys who apply before enlistment, because of their desire to enlist with maximum self-confidence and physical fitness. After meeting with him I came out very confident and realized that I have the ability to change things in my body for the better, in the safest way.”

This week, Yam underwent the surgery successfully by Dr. Arad, and in a few weeks she will begin her military service in the combat unit she dreamed of. “I made a decision in life at a young age and made the change. Anyone can do it, trust yourself, and save yourself years of despair and low self-esteem.”