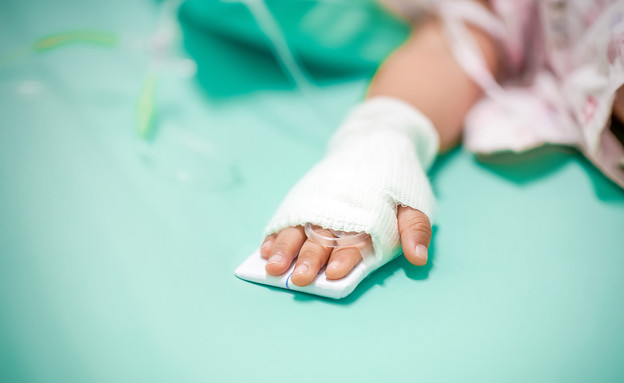 Yesterday (Tuesday) we were informed of the unfortunate death of a 3-year-old toddler who died in Kaplan apparently after contracting a respiratory virus. RSV which is usually typical of the winter period. , Which was also defined as a rare case.

Dr. Moran Scheffler Gal, deputy head of child care at Kaplan of the Clalit group, says that this is a very tragic and rare case. According to her, the probable cause that led to the toddler’s death is not yet known. No results yet. In the meantime I can say that the death was not caused as a result of Corona. The suspicion is that it is a viral disease that has become complicated, but it is too early to determine this with certainty. “

What other directions are being explored?
“Myocarditis, infectious diseases, congenital diseases – there are all sorts of rare causes that can cause this. I very much hope we can understand more soon.”

This is the second case of child death in a short time. Is there cause for concern?
“I do not know if it is necessarily true to link the cases, as I do not know the case of the 12-year-old boy in detail. I do not think there is currently room to make such and such statements, as long as the probable causes that led to the serious deaths are not known. Can certainly indicate that there is a worrying trend and see more respiratory viruses that are usually typical for the winter period. We see a twofold increase in the number of hospitalizations for children due to diseases of this type. Despite this, it is important to note that there is no increase in mortality data, and this is definitely encouraging news. “

Viruses of winter and summer. why is it happening?

One of the most intriguing questions on the issue is the explanation that it is precisely now that these viruses are emerging. “It’s hard to say for sure. But the fact is that there are quite a few viruses that disappeared during the social distance, and have now returned in full force with the return to routine. By the way, we see this aggravation all over the world and not just in Israel. “That the viruses exist between them. When the corona took over less we saw them and now that it is in decline, they take over and behave differently – you could say they are more aggressive.”

Dr. Oren Koviler, a virologist at Tel Aviv University and a member of the “Madat” association, is familiar with this explanation. According to him, it is difficult to pinpoint an exact explanation for the phenomenon, but another hypothesis can be noted: ” In other viruses. Naturally, our immune system has been less exposed to viruses and various pathogens, and now that we have returned to normal and the airport has opened to visitors, ‘dormant’ viruses have appeared in the area that have begun to spread. Thus, children who were not exposed to them in any way had to deal with their appearance, which caused a sudden increase in morbidity. “Because children have not renewed their immune defenses as usually happens during a stay in kindergarten or during exposure to sick siblings for example, now their immune system responds accordingly and in practice the result is noticeable in hospitals. However, it is important to refine and clarify that this is only a theory.”

If it does turn out that the child suffered from the RSV virus as one of the explanations suggests, what can be said about him?
“It is a respiratory virus that usually does not cause severe symptoms beyond rhinitis / fever or mild breathing problems. There is also a vaccine against the virus given to children at risk – that is, preterm infants, lung patients or children with heart disease. The deceased child was not vaccinated because he was not in the group. Risk, “explains Dr. Scheffler Gal.

Concerned parents ask what they can do to prevent the next case, what are the recommendations?
“First – if a child is ill, it should in no way be sent to an educational setting. It is also advisable to adhere to the hygiene habits that took root during the corona spread: room ventilation, thorough hand washing, especially before eating and using the toilet. “Apathy, worsening of breathing, unwillingness to eat. All of these require immediate attention to the attending physician. Children suffering from background diseases such as asthma or congenital malformations must be careful several times because they are at higher risk.”

Dr. Doron Dushnitzky, a pediatrician from the medical division of Leumit Health Services and a member of Madaat, notes that following the unusual summer morbidity, the Ministry of Health is considering advancing RSV vaccines for children at risk.