Britain works on “Live alongside the virus” program 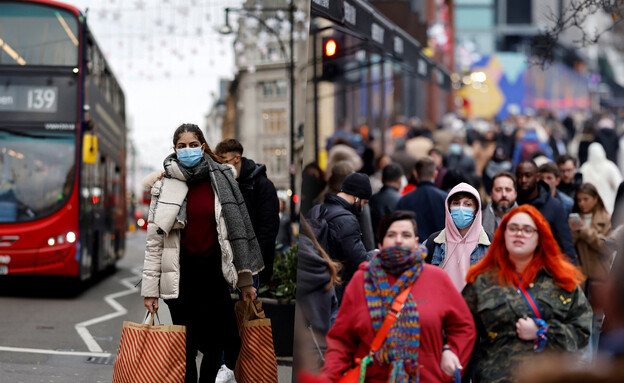 The UK government is working on a plan to allow “life alongside the corona” this spring. This is despite the high morbidity rate still in the omicron variant and due to the data indicating that it is less violent than the previous variants and estimates that the epidemic will become endemic.

Last week there was a morbidity record in the UK of about 220,000 corona cases a day (the vast majority of the Omicron variant), and the government led by Boris Johnson is expected to present the plan in the coming weeks. Sources told the United Kingdom media that the plan would be announced only after the current omicron wave subsided. The number of daily cases has dropped slightly in recent days, and experts are waiting to see if this is a consistent trend or if it is caused by changes in tests due to large loads. Yesterday, about 140,000 new cases were registered per day.

Among the key changes expected under the British plan: abolish the distribution of rapid tests to the general population and keep them for use only in places at risk, such as hospitals and nursing homes (the cost of distributing rapid tests to the UK population is currently around £ 6 billion, according to estimates). The government is expected to further shorten the length of isolation required for Corona patients, which currently stands at 10 days that can be shortened to seven.

As mentioned, the British government has made it clear that the published plans are not intended for immediate implementation, however there are already mitigating guidelines in the field. As of today corona patients in the UK who have diagnosed themselves with a quick test and do not suffer from any symptoms will not need to perform another PCR test for verification. This reflects the high reliability that the UK authorities impart to rapid testing, as well as the concern that existing testing systems will not withstand the load of cases, and a desire to maintain existing capacity for at-risk populations.

According to the BBC, the UK has the capacity to perform about 800,000 PCR tests a day, and on January 6, nearly 700,000 tests were performed on it. The new guidelines are intended to improve the availability of PCR tests for those who do suffer from symptoms, and also for those who need to be checked frequently, such as medical staff, caregivers and caregivers in nursing homes and rescue and rescue workers. The British authorities said the rapid tests were “more than 80% effective in detecting patients with high viral load, who are the most contagious”.

In Spain they are thinking of giving up the tests

Spain, too, where the outbreak of the omicron is on the rise, has announced that it is considering measures that would allow it to “live” with the virus. “We will have to learn to live with it, as we do with other viruses,” Spanish Prime Minister Pedro Sanchez said at the weekend.

Among other things, the government is considering abandoning the comprehensive testing policy and adopting the existing method for assessing influenza morbidity, which relies on samples and statistical estimates. The change includes a waiver of testing for every possible corona patient. In Spain, too, authorities have made it clear that the plan is theoretical at this stage, and that it will not be activated before the current omicron wave subsides.

The morbidity rate in Spain, the United Kingdom and Israel is similar, standing at about 2,400 new cases per day per million inhabitants.