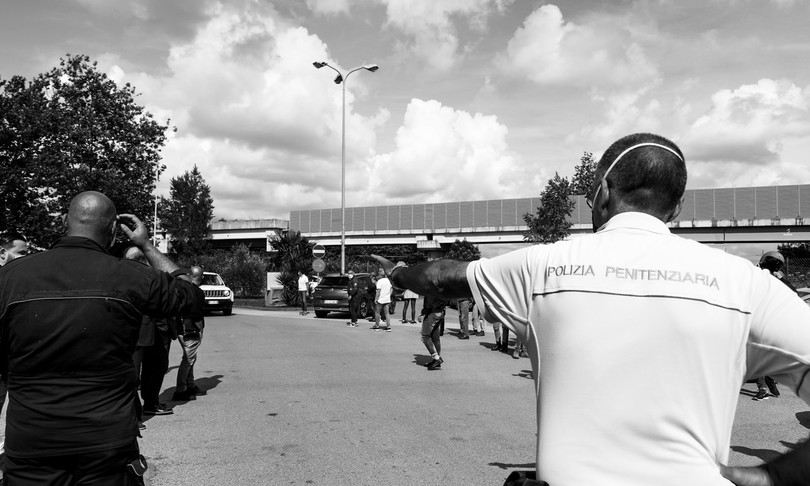 AGI – “A betrayal of the Constitution”: does not mince words the Minister of Justice, Marta Cartabia, after the dissemination on the Internet of the images of the violence carried out by some agents of the Penitentiary Police against the inmates of the Campanian prison of Santa Maria Capua Vetere.

The images taken by the closed circuit cameras of the prison and ended up in the prosecutor’s investigation refer to the afternoon of April 6, 2020, one day after the inmates’ protest for fears of the spread of Covid in the prison.

For the Keeper of the Seals it was “an offense and an outrage to the dignity of the person of the prisoners and also to that divided that every woman and every man of the Penitentiary Police must carry out with honor, for the difficult, fundamental and delicate task that they are called to carry out “.

Without prejudice to further investigations by the judicial authority and all the guarantees for the suspects, Cartabia spoke of “a betrayal of the Constitution: Article 27 explicitly recalls the ‘sense of humanity, which must characterize every moment of life in every penitentiary institution “.

The 52 suspects are suspended by the Ministry of Justice

Meanwhile, it has been learned, all personnel involved in the investigation have been suspended by the Ministry of Justice. For the 52 suspects between executives and agents of the penitentiary police was suspended just sent in via Arenula by the judicial authority the precautionary custody order of the investigating judge of the Court of Santa Maria Capua Vetere.

In addition, the Department for Prison Administration, the Dap, started the process for further measures also against other suspects which, at the moment, have not been the recipients of precautionary measures. The Dap has also ordered an extraordinary inspection in the Casertano institute, an inspection that will take place as soon as the authorization is issued by the judicial authority.

In the morning Cartabia has an extraordinary meeting has been urgently convened in the dicastery just to talk about the case, summoning the head of the Dap, Bernardo Petralia, the National Guarantor of persons deprived of liberty, Mauro Palma, and the Undersecretary of Justice Francesco Paolo Sisto. The undersecretary has been updated by telephone Anna Macina which was not present at the headquarters. Everyone said “Bewildered by the images spread” expressing “the strongest condemnation of the violence and humiliations inflicted on prisoners, who can find neither justification nor excuse”.

Wide-ranging report also on other prisons

But Cartabia intends to go to the bottom both on the responsibilities at all levels of the Caserta prison and in the other institutions of the country by urging a ‘broader report’ also on other prisons.

In the meeting, it was also reaffirmed by all “the need to promptly restore the entire video surveillance network active in the institutions. Lastly, the need to further strengthen the training activity, already underway, of all the staff of the prison administration was underlined, also with the increase of the professionalism destined for compulsory training “.

For Cartabia it is absolutely necessary “to take action to understand and remove the causes and why” things like this do not happen again. I asked for a complete report on each passage of information and on the entire chain of responsibility “.

“Beyond those high prison walls there is a piece of our Republic – said the Keeper of Seals – where the person is a person, and where constitutional rights cannot be trampled on and this also protects the women and men of the prison police, who are the first to be disconcerted by the events that have taken place ”.