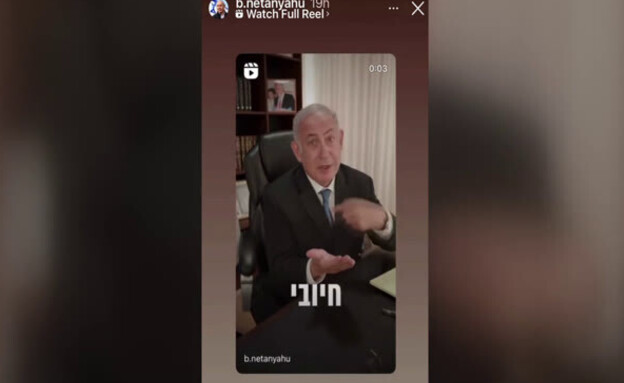 In a video he posted yesterday on Tiktok, Benjamin Netanyahu claimed that the effectiveness of antigen testing stands at “half and half”. In the video, he is heard disparaging the reliability of the test, tossing a coin and stating, “It’s like a tree or a fly.” The video provoked outrage in the health care system which claimed it was being conducted irresponsibly and urged everyone to perform PCR tests, which could produce heavy loads at the test sites.Prime Minister Naftali Bennett also attacked Netanyahu last night at a press conference, saying: “This is simply irresponsible and unpatriotic behavior.

Alongside the political battle, and in light of the many questions that have arisen in recent days about the level of reliability of home tests, Dr. Roi Tzzena referred to a video of Netanyahu, in order to summarize “everything that science knows so far about the effectiveness of antigen tests”:

As for the cases that ignited the discussion about antigen testing, Dr. Cesena cited a study that examined 28 of thirty cases of infection – the antigen tests performed on nasal samples and failed to detect the infection in the three days after the first successful PCR test. In fact, four of the people diagnosed were negative In the antigen test, there were enough patches to spread the virus to others.

According to Dr. Cesena, “this means that the accuracy of antigen testing can probably be improved by taking a saliva sample in addition to a sample from the nose.”

“Despite the evidence in this direction, the home test manufacturers and the FDA have not approved sticking the stick in the throat,” he adds. “In Israel, on the other hand, the Ministry of Health has decided to move forward without waiting for the FDA, and the current recommendation is to use the same sticker to take a sample from the throat, and then one nostril. The same decision was made in the UK in recent weeks.”

In conclusion, he writes that: “Antigen tests are really less sensitive to omicron, but only in the earliest stages of the disease – right in the three days after infection. After that, the antigen tests provide high-reliability results. Over three days: just to avoid a situation where carriers will get false negative results and be able to get out of isolation and infect others.

“All this does not mean that the antigen tests should be thrown in the bin, or that their diagnostic capacity is ‘half-half’. Like any medical examination and treatment, these tests also have certain limitations that need to be recognized. The Ministry of Health has already identified the problem. And update the test usage guidelines accordingly. “