Experts explain what causes young people to have cardiac arrest 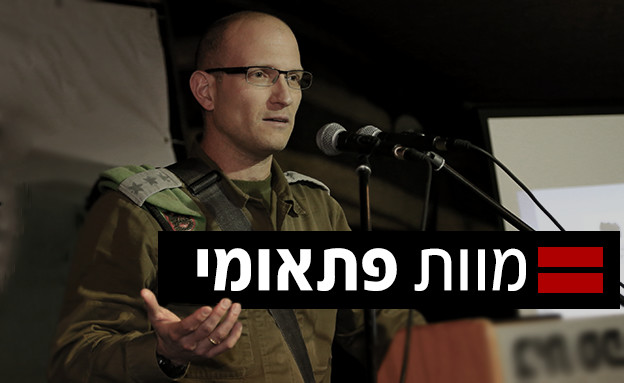 The commander of the Nahal Brigade, Col. Sharon Asman, died suddenly yesterday (Thursday) after collapsing in the gym. The death of a healthy and young man, only 42 years old, again raises the question of how the recurrence of further cases can be prevented. To this end, we turned to some experts, who emphasize that it is important to maintain a healthy and sporty lifestyle – but at the same time be aware of the dangers of the effort and be sure to get tested.

So how many young people suffer from heart attack each year? According to Dr. Rafael Strogo, VP of Medicine at MDA, “We know there is an order of magnitude of something like 7,000 cases of cardiac arrest a year outside the walls of the hospital. It is difficult to know the exact numbers during young people’s physical activity, but we are talking about at least a few dozen cases each year. “

Prof. Gabi Barbash, former director general of the Ministry of Health, explained that there are usually two main causes of death of young people as a result of heart problems: “An arrhythmia resulting from heart disease, or from a certain age even a heart attack.” It happens”.

In addition to Asman, another dramatic event took place recently and proved that although it is a rare phenomenon, it can certainly happen at any moment: Christian Eriksen, the star of the Danish national football team, collapsed on the pitch and underwent CPR on the grass. This case ended well, as did several other recent incidents in gyms in Israel. Unfortunately in the case of Asman, who was also in excellent physical shape, it ended in death.

“Some athletic activities can be dangerous for some people,” explained sports cardiologist Dr. Dan Hadas.

Prof. Shlomi Matzky, director of the intensive care unit at Sheba Hospital, also emphasized the importance of the tests, adding: “If we are dealing with people over the age of 35, it is usually a cardiovascular disease. If there is chest pain and a heart attack is suspected, “As early as possible to the hospital, since the first hours of heart attacks are characterized by a very high risk of severe arrhythmias, resulting in cardiac arrest.”

Prof Barbash agreed, but claimed that “most people, certainly in the brigadier general’s track, undergo tests to identify structural problems.” He sought to highlight two key issues: , Should be aware of this. “Secondly, those who have a family history of a heart attack or such an event at a young age should consult a doctor and ask to undergo various tests: blood lipids, echocardiography on exertion and sometimes even virtual catheterization.”