To what extent will the penetration of the Delta strain into Israel affect us? 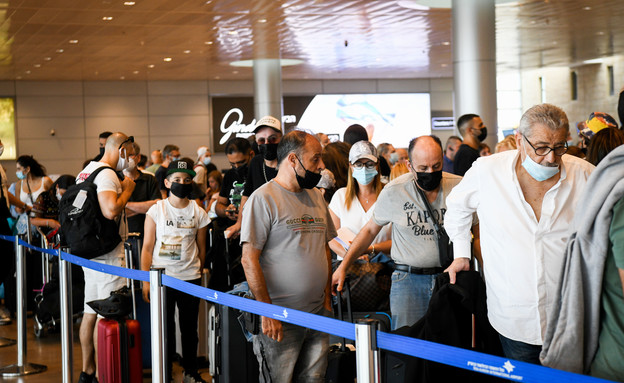 About three billion doses of corona virus have been given so far worldwide and the global vaccination rate is about 43 million doses a day, half of them in China. Although the information coming from China is limited, according to reports from there they have already vaccinated their residents with about 1.2 billion doses. It is not clear how many of the vaccinated received two doses and what the age distribution is, and the data do not separate the vaccines from different companies, but the number indicates that tens of percent of the world’s most populous country received at least one vaccine.

Does this vaccine really give them good protection? This is another question. Last week we wrote here about the collapse of the protection promised by the Chinese vaccines in some of the countries that used them mostly to vaccinate their population. China’s own reliance on the same controversial vaccines that are being produced in it calls into question its ability to emerge from the corona crisis in the foreseeable future.

In the UK variant Delta continues to rage And the number of verified infections It now stands at about 26,000 people a day. Interestingly, unlike previous waves mortality does not rise along with morbidity, and currently it remains stable, with about 14 deaths per day. In previous times the morbidity has soared to similar dimensions it has also manifested itself in hundreds of deaths every day. The age of the verified has also dropped dramatically and most of those infected are under the age of 29, an age group with a relatively low immunization rate. The age of those infected greatly affects the rate of complications and mortality, because the disease is less dangerous for young people.

It seems that stability will not remain forever, and in recent days there have been reports of An increase in the number of hospitalized. The UK vaccinates its residents mainly with the Astero-Zenica vaccine and the RNA vaccines of Pfizer and Moderna. Due to the large wave of morbidity that the country went through at the beginning of the year, an unusual vaccination policy was introduced in the UK – they preferred to vaccinate as many people in one dose as possible, at the expense of postponing the second dose for up to three months. As a result, about 67 percent of the United Kingdom residents received at least one dose, but only 49 percent were vaccinated with two doses.

And meanwhile in Israel

From the Israeli point of view, these are encouraging data, because they show that the vaccines also prevent serious illness and mortality from the Delta variant, which has meanwhile penetrated Israel. We are in a better position to deal with it, for several reasons. First, the vaccination rate in Israel in two doses is higher, and no Astraenka vaccine is used here at all, which is less effective than Pfizer vaccines. Also, the morbidity in the country is still relatively low and it is possible to try to curb it before it gets out of control. In Israel, too, most new patients are young, and this reduces the pressure on the health system and allows it to maintain a certain routine.

On the less positive side, quite a few reports have been received here Vaccines infected with corona, some even with symptoms. This may indicate an erosion in the immune defense against the new and highly contagious variant, but it can also be a result of a high immunization rate. The main disappearance is how many vaccinated people have been exposed to the virus and have not been infected. An encouraging sign is The relatively young age Of the verified infected in Israel, which illustrates well that the immune defense has not been breached and that adults are much less ill. Studies published in recent weeks have shown that in the UK the vaccine is given in two protective doses well Because of a serious illness caused by the variant, and to a good extent, though Less, than adhesions in general. This means that we will continue in the near future to see many unvaccinated young people become infected, and with them a certain percentage of vaccinated, although the proportion of patients is severe and the deaths among them will be much lower.

This week Published in the journal Nature American Research Encourages Pfizer vaccination performance. The researchers examined metrics such as antibody levels and their ability to neutralize over time some of the known variants, not including delta. We also examined indices that indicate the effectiveness of the immune response over time based on samples from the lymph nodes of the vaccinated.

Similar to previous studies, the researchers found that even four months after receiving the vaccine, the antibody levels remained high, but what is more interesting is that when some of the subjects took samples from their lymph nodes, white blood cells from a structure formed as part of building long-term immune memory were observed. There the white blood cells undergo changes that make it possible to better identify the virus and the immune memory sharpens. This is a good sign that may indicate long-term resistance, so we may not need an impulse shot every year to get the vaccine. However, this is a small study of only 41 participants, and only 14 of them examined the cells in the lymph nodes. The researchers also did not test the Delta variant, so it is worth waiting for further research.