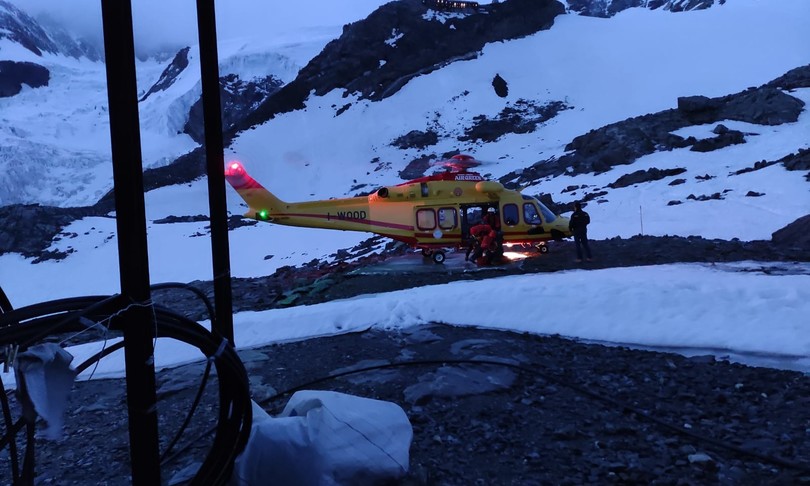 AGI – Two Italian mountaineers, thirty years old, remained frozen to death blocked Saturday due to bad weather under the Vincent Pyramid, on Monte Rosa, at an altitude of 4,150 meters. After the request for help, the Valle d’Aosta Alpine Rescue teams had come into action and made a tragic discovery during the night.

The victims are originally from the Ossola Valley: Martina Sviluppo, resident of Crevoladossola, and Paola Viscardi, of Trontano. They were 29 and 28 years old. The third mountaineer of the group, who survived and is hospitalized in a hospital in Switzerland, is Valerio Zonna, 27, living in Pettenasco, in the province of Novara.

The three young men had reached the summit in the afternoon, when a storm was about to begin. One of the two women died a few minutes after the rescuers arrived, the other after being transported to the Mantova refuge. The women died of cold, while the man, found in a hypothermic state, is considered out of danger.

The rescue teams, made up of technicians from the Valle d’Aosta Alpine Rescue, joined by the rescuers of Alagna and the Alpine Rescue of the Cervinia Financial Police, operated in extreme conditions due to the storm and strong wind, which prevented the Air Zermatt helicopter from approaching the recovery site. The Swiss then managed, late at night, to reach the refuge. The two women, despite cardiopulmonary resuscitation operations, died, while the conditions of the mountaineer taken to hospital do not cause concern.