Imprisonment for carriers who mutated the corona virus into Hong Kong 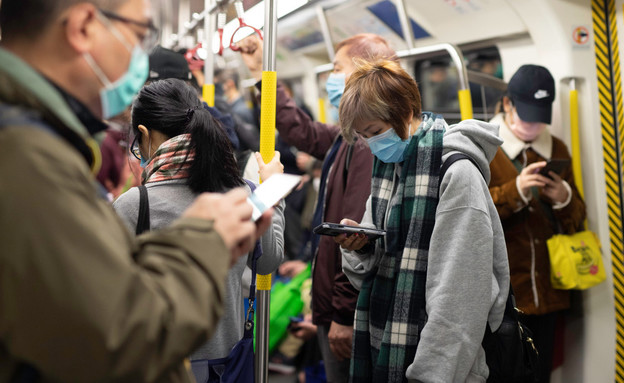 Authorities in Hong Kong pursue a policy of zero tolerance towards citizens who acted irresponsibly with regard to the corona virus: Recently, a prison sentence was handed down to two residents who introduced the corona virus beta strain into Hong Kong borders and provided false information during the epidemiological investigation. Isolation for many people and multiple corona tests in the community.

Siyad Muhammad Rizby, a 30-year-old engineer, pleaded guilty to six counts of providing false information to authorities on June 21. Victoria Mary Alkaid Guadiz, 31, a registered nurse who lives with Rizby, also pleaded guilty to one count of providing false information to local authorities. Rizby received a three-month prison sentence and Guadiz received a 20-day prison sentence and was immediately released, as she had already served the sentence while in pre-trial detention.

The judge noted that this was a “particularly serious” case – and that the purpose of the ruling was not to punish those infected, but that the court was “obliged to send a clear message to the public” regarding compliance with a disease prevention and control order so authorities could prevent coronary heart disease.

“The Ministry of Health was denied the ability to track contacts (of those infected, MG), for 16 days and worries around unknown carriers in the community caused great public distress,” the judge noted. 11 more corona cases and led to the isolation of hundreds of residents and the obligation of corona inspections to 370,000 residents.

During the epidemiological investigation, the couple first lied about their acquaintance and the places they spent time and only later admitted that there was a connection between them and that they met with relatives. In addition, there was evidence in the trial that proved that the couple had agreed to hide information from the authorities.

Under the Disease Prevention and Control Order, any person who provides false or misleading information to authorities about contact with people and places they have been to, as well as about a medical background subject to a fine of Hong Kong $ 10,000 and up to six months imprisonment