Variant Lambda: What do we know about it? 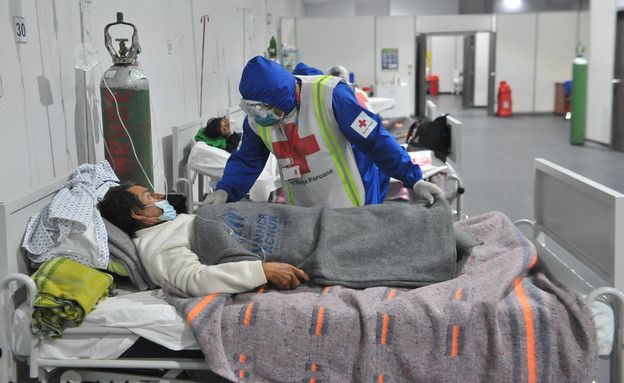 While many countries around the world are facing renewed waves of the corona virus mainly due to the Delta variant – another variant that has recently been defined as “interesting” according to the World Health Organization is now being discovered. The Lambda variant (LAMBDA) or C.37 was first identified in August 2020 in Peru. As of mid-June this year, this variant has been found in 29 countries around the world, mainly in South America.

The World Health Organization wrote in mid-June that “Lambda has been linked to an actual rate of infection in the community in many countries, with an incidence rate in an upward trend consistent with an increase in corona cases as well.” In addition, it has been noted that Lambda carries a number of mutations that may have effects on the properties of the virus, “such as higher adhesion capacity or higher resistance to antibodies.” However, it seems that everything is currently just speculation. The World Health Organization noted that there is currently very little information about the effect these mutations may have and further studies are needed to better understand how to curb its spread and how effective the vaccines are against it.

A World Health Organization virologist interviewed Deutsche Welle recently, noting that so far there have been no indications that the Lambda strain is more dangerous or causes higher mortality.

According to experts, it is not surprising that another variant of the corona virus has developed within the borders of Peru, a country that has had difficulty coping with the corona plague. As mentioned, Peru suffered quite a few casualties during the epidemic and is even in the first place in the world in mortality from Corona per capita – with close to 600 deaths per 100,000 people and a mortality rate of 9.4 percent. According to Peruvian authorities, more than 80 percent of all new cases in Peru since April have been linked to the Lambda variant.

The strain appears to be beginning to spread to other countries; About a third of infections in Chile in the past two months have also been linked to the Lambda strain and in the UK it was defined in late June as a “under investigation” variant after six cases were identified across the country. Now the number of cases found to be linked to the Lambda strain in the UK stands at eight, however, the country’s health authorities have reported that there is currently no evidence that the strain causes a more serious disease or makes vaccines less effective.

Very few studies have been done so far on the Lambda variant and the few that have been done have not yet been peer-reviewed as is customary in the scientific community to confirm the findings. One study by researchers from Brazil concluded that this strain has the “potential to become a ‘worrying strain’. Another study noted that this variant is more contagious than the alpha (“British variety”) and gamma (“Brazilian” varieties). In addition, it has been noted that the Chinese Hayon Synovak is less effective against it, although it is known that the efficacy of this vaccine is significantly lower than other vaccines such as Pfizer, Modern and Asterzenica, so this conclusion probably does not apply to these vaccines as well.

The corona plague is an event that continues to evolve and catch up. The current report is as of Wednesday (07.07.2021) and more may change. We strive to bring you the latest reports, but it is important to be updated daily in light of the many changes.