Francesco and the banality of the disease 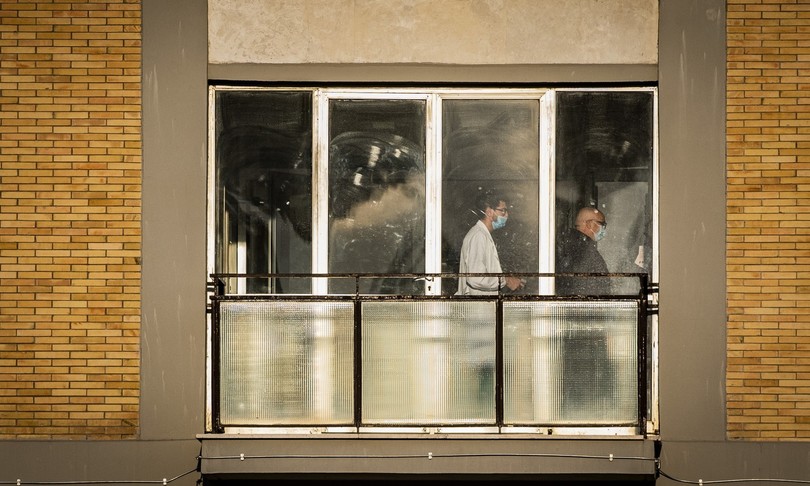 AGI – He got out of bed. He took a few steps. He sat down in the armchair. He read the newspaper. All normal, all trivial. It is almost impossible, at this point, not to imagine Pope Francis with slippers, with slippers on his feet instead of the usual black boots that smell of the sidewalk and the suburbs.

An old uncle, struggling with the ailments of age. And the medical bulletins, distilled with care from the Vatican press room, which have the flavor of news – between the gaunt and the technician, who to understand them it takes the Garzantina of medicine – steal by stealing a tenth of a second from a coat running in a hurry in a general practice corridor.

Because this is Pope Francis. Or rather, his body, the body of a Pope, the once most sacred thing that one wanted to inhabit on Earth.

The always quoted Kantorowicz claimed that the King had two bodies, not one. The first is physical, flesh and moods, in common with his subjects; the second mystically embodied in his function as ruler, which was also a salvific function. If he sinned, it was the king who sinned. If he ruled it was the King who did it.

With the arrival of the bourgeois kings and emperors of the nineteenth century, starting with the Napoleonids, this gradually diminished; in the Church, on the other hand, the Pontiff maintained for a long time something of this myphysite reality. Two natures in the same physicality, separate, but inseparable. Like water combined with oil in a glass.

The process of desacralizing the Pope’s body has taken time, and probably begins with a series of photographs. Almost until then, the now dead pontiff was subjected to a treatment worthy of an Egyptian pharaoh, or rather a Capetian: the precordi removed and closed in a vase kept in a church in front of the Trevi Fountain, the embalming of the corpse for the funeral procession.

But when Pius XII was about to die, a series of shots bordering on sacrilege were sold to a rotogravure. And then we saw what we knew: Sora Corporal Death takes a Vicar of Christ exactly as the last of the faithful.

Also for this reason Wojtyla made of his illness, his illnesses and hospitalizations at Gemelli, a moment of witness. The body was no longer an element of the metaphysical, but a word written elsewhere than on a sheet of paper or otherwise pronounced with respect to the use of the voice. In other words: he could no longer speak, taken by Parkinson’s as he was, and then he would say with his body: “You see, this is faith”.

Splendid and authentic testimony, but men are always ready to understand the opposite of what they are told. So that concrete witnessing became mediatic and superficial hearing of the masses, and that body that was to be the last adventure of a poor Christian was transformed by common sense into almost totemic object. And this became evident when someone had the idea, left without following, to take his heart and take it away from Rome, to his beloved Krakow.

Such a thing had been done for the Capetian who died in Tunis of cholera, the first victim of the crusade he himself wanted.

Probably this is precisely what Bergoglio intends to avoid. For him the body is simply the body: to be accepted with its ailments and with the testimony of faith that comes from taking suffering as it comes. Simply, Franciscanly. Humanly.

With a pair of slippers, while in the armchair he resumes reading the newspaper. And maybe you can read the result of a football match. Because Italy eliminated Spain on penalties, but Argentina also eliminated Colombia. Even that on penalties.