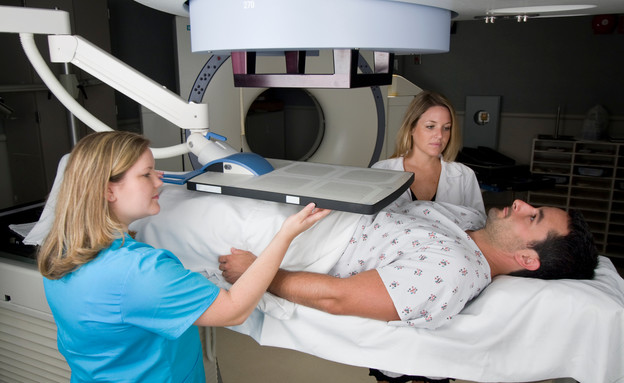 Prostate cancer is the most common malignant disease in men (over the age of 50), and is defined as the second leading cause of cancer mortality among men in the Western world.

The treatment of the disease today is mainly done through hormonal therapy that suppresses the secretion of the male sex hormone, testosterone, (chemical castration). Although most people with the disease respond to this treatment, according to the medical literature, about 30% of patients may develop resistance to hormone therapy, and are at risk for recurrence and progression of the disease. That is, the cancer and its metastases spread to other organs in the body, such as the lymph nodes, lungs and liver.

At this stage, the disease is defined as metastatic castration-resistant prostate cancer (mCRPC) and is considered a widespread and advanced, highly aggressive disease that responds less to various oncological treatments.

In a study (VISION), Phase III presented at the ASCO conference, it was found that treatment with a new radioactive substance Lutetium – labeled PSMA-617 (177Lu PSMA-617) may help patients with resistant and advanced prostate cancer after chemotherapy and targeted treatment.

The success of treatment underscores the importance of finding therapeutic alternatives to prostate cancer in the future. The researchers are expected to submit their results to the US Food and Drug Administration (FDA) for approval of the drug for this indication.

The study found that the addition of 177Lu-PSMA-617 to conventional therapy significantly improved the progression of the disease (PFS).

The study included 831 patients diagnosed with metastatic and castrated prostate cancer, in a PET / CT scan with radioactive material (PSMA). All study participants underwent at least two chemotherapy regimens and at least one treatment with hormonal drugs.

The results of the study demonstrated by radiographic imaging that the addition of 177Lu-PSMA-617 to the standard of care significantly improved survival from the disease without progression (PFS), compared to the standard of treatment alone – median rPFS 8.7 months versus 3.4 months, respectively.

In view of the results of the study, the researchers believe and hope that the addition of the radioactive drug (77 Lu-PSMA-617) can be a significant treatment alternative for patients with advanced disease (mCRPC), despite treatment with chemotherapy and hormonal drugs, of course subject to regulatory approval, as usual.