The Delta variant multiplies in the airways significantly faster 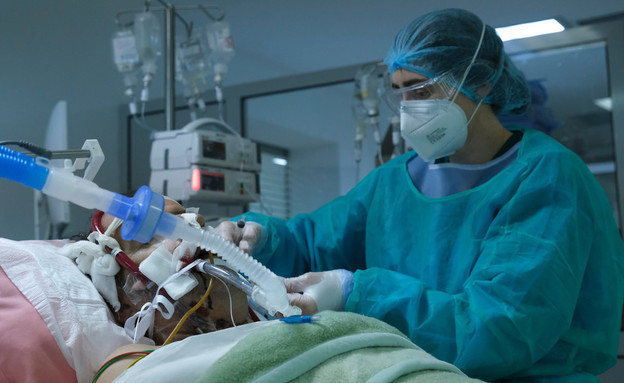 The data indicate that the Delta strain of the corona virus infects faster by no less than 225 percent compared to the primary strain of the virus. In recent months, this variant has become increasingly dominant in various countries around the world, including the United States. The World Health Organization also stated last month that the Delta strain has replaced the alpha strain (“the British strain”) and is now the most dominant variant in the world.

Experts are still gathering information about it but so far it seems that this strain may also reduce the effectiveness of vaccines against the corona virus. Aside from the fact that various mutations in the virus are known to be responsible for its enhanced capabilities when it comes to infection and the fight against antibodies, researchers are also examining what exactly is the mechanism that allows this strain to be more contagious than others. Now a team of researchers from China reveals in a new study one of the reasons that makes the strain more effective in infection.

During the study, patients infected with the first outbreak of the Delta strain in China, which occurred between May 21 and June 18 in Guangzhou, the capital of Guangdong province in China, were examined. The researchers measured viral load levels in 62 people infected during this outbreak and compared them to viral levels in 63 corona patients infected during 2020, in one of the early strains of the virus.

These findings may have implications for how corona testing is conducted for people returning from abroad or anyone who is suspected of being infected with this strain. The researchers stressed the importance of immediate isolation for 14 days to anyone who has been in contact with a person diagnosed with the corona virus (as recommended by the Centers for Disease Control and Prevention in the US).

The corona plague is an event that continues to evolve and catch up. The current report is as of Sunday (11.07.2021) and more may change. We strive to bring you the latest reports, but it is important to be updated daily in light of the many changes.