Luc Montagnier, the Nobel laureate who discovered the AIDS virus, has passed away 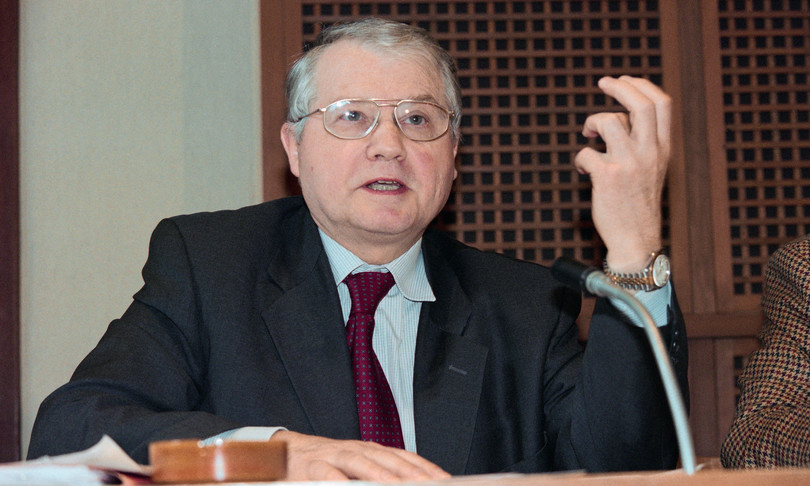 The death of the French scientist Luc Montagnier, Nobel Prize for Medicine in 2008 for his studies on AIDS has been confirmed.

The news had been released yesterday by France Soir alone and was relaunched today by other transalpine media following the verification of CheckNews. Montagnier had become famous in recent years for his anti-vaccination positions.

Montagnier died last February 8 at the American hospital in Neuilly-sur-Seine, in the presence of his children. He was 89 years old.

The municipality of Neuilly has confirmed the filing of the death certificate of the scientist, who had won the Nobel Prize for Medicine in 2008, shared with Professor Francoise Barre’-Sinoussi, for her work on the discovery of the virus. Aids in 1983.

The progressive deterioration of relations with the scientific community began in the 2000s, when Montagnier proposed fermented papaya as a treatment for Parkinson’s.

In 2009 – the year after receiving the Nobel Prize – he argued that a good immune system allows you to get rid of HIV “in a few weeks” and that a good diet rich in antioxidants makes it possible to be exposed to the virus without being infected in a way chronic.

He later stated other discredited theses such as the bacterial origin of autism and the link between vaccines and sudden infant deaths.

These heterodox positions made Montagnier a no vax idol following the outbreak of the Covid-19 pandemic.

From the discovery of HIV to the unscientific drift

Born on 18 August 1932 in Chabris, a small municipality located in the Center-Val de Loire, he was emeritus director of the Center national de la recherche scientifique and of the Viral Oncology Unit of the Pasteur Institute in Paris, where in 1983 together with Francoise Barre’-Sinoussi discovered the HIV virus.

For this exceptional discovery Montagnier won the Nobel Prize for Medicine in 2008. Highly esteemed, the scientist has worked with the largest scientific institutes in the world.

In addition to being director emeritus of the CNRS and professor at Institut Pasteur, he was director of the Center for Molecular and Cellular Biology at Queens College of the City University of New York, director of a research institute at Jiao-tong University in Shanghai. His work has received countless awards and accolades.

However, in the last decades of his life and his career Montagnier has made a lot of talk about himself for having espoused and supported many unscientific theories.

From his statements in 2010 regarding HIV, which could be eradicated with a particular nutritional scheme, to research on the memory of water, the underlying principle of homeopathy.

And again: from the use of papaya against Sars and Parkinson’s to the support of many theses underlying the no vax movements, questioning the safety of vaccines.

Finally, his support for Stamina and recently the conspiracy theories related to the Sars-CoV-2 virus and anti-Covid vaccines has been much discussed.

In the middle of winter: there was a slight decrease in the incidence of the flu in Israel