‘no’ to mandatory prison for journalists 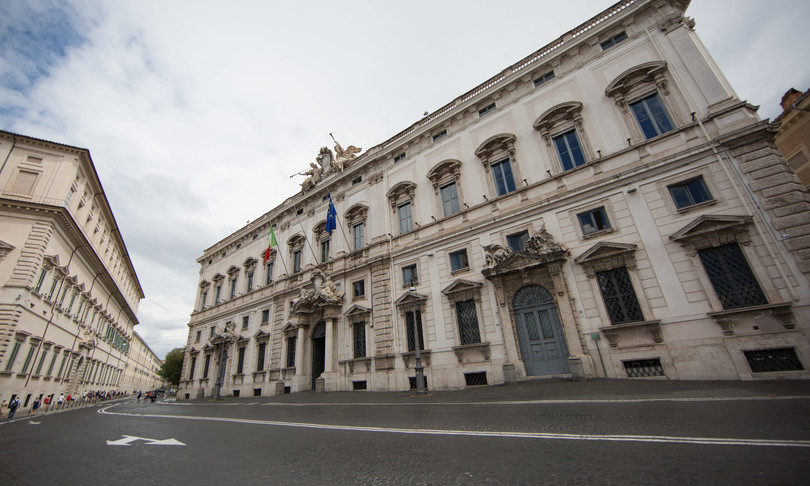 AGI – The current regulations that they oblige the judge to punish the crime of defamation by means of the press with imprisonment or radio and television, aggravated by the attribution of a specific fact, are unconstitutional because they conflict with the freedom of expression of thought, recognized both by the Italian Constitution and by the European Convention on Human Rights. The threat of the mandatory application of prison can in fact have the effect of dissuading journalists from exercising their crucial function of monitoring the work of public authorities. It was decided there Consultation which, however, makes it known that, however, it is not in itself incompatible with the Constitution that the judge applies the penalty of imprisonment to those who, for example, have been responsible for “disinformation campaigns conducted through the press, the Internet or social media, characterized by the dissemination of allegations seriously damaging to the victim’s reputation, and made in the awareness by their authors of the – objective and demonstrable – falsity of the allegations themselves “.

“Anyone who engages in similar conduct – whether or not he practices the journalistic profession – certainly does not carry out the function of ‘watchdog’ of democracy, which paradigmatically takes place through the research and publication of ‘inconvenient’ truths; but, on the contrary, it creates a danger for democracy ”, also due to the possible distorting effects of such conduct on free electoral competition. These are some of the most significant passages of the sentence no. 150 filed July 12 (editor Francesco Viganò), the content of which had been anticipated with the press release of last 22 June.

The Court ruled on two issues raised by the Courts of Salerno and Bari, which had already been dealt with in June last year. On that occasion, the judge of laws had decided, with the ordinance n.132 of 2020, to postpone the decision of the two cases for one year, to allow the legislator to approve in the meantime a new discipline on the matter, able to better balance journalists’ right to freedom of news and criticism with the protection of individual reputations. Since, however, the desired reform of the matter was not approved, the Court has now declared constitutionally illegitimate article 13 of the law on the press (n.47 of 1948), which provided for the necessary application of imprisonment from one to six years for the crime of defamation committed by means of the press and consisting in the attribution of a specific fact.

The sentence also declares article 30, paragraph 4, of law no. 223 of 1990 on the public and private radio and television system, which extended the sanctions provided for by article 13 of the law on the press to defamation committed by means of radio or television.

The Court has instead ruled out the conflict with the Constitution of Article 595, third paragraph, of the Criminal Code, which provides, alternatively between them, the penalty of imprisonment from six months to three years or a fine in case of conviction for defamation committed. by means of the press or other means of advertising. The motivation first of all reiterates what has already been emphasized in the ordinance n.132 of 2020: if it is true that the right of news and criticism exercised by journalists “constitutes the cornerstone of every democratic order, it is no less true that the individual reputation belongs to equal an inviolable right, closely linked to the dignity of the person “.

Therefore, “illegitimate attacks on this right”, carried out through the press, radio, television, online newspapers and internet sites in general, social media and so on, “can greatly affect private, family, social life, professional, victim policy “. According to the Consulta and the European Court of Human Rights itself, a rule that allows the judge to apply the penalty of imprisonment in the event that the defamation is characterized by its exceptional gravity is not in itself incompatible with the freedom of expression of thought, from an objective and subjective point of view. Therefore article 595, third paragraph, of the Criminal Code was considered compatible with the Constitution, provided that it is interpreted in the sense that imprisonment can be applied by the judge only in those cases. In all other cases, however, only the penalty of the fine will remain applicable, appropriately graduated according to the concrete gravity of the fact, as well as the civil and disciplinary remedies and sanctions.

“If limited to cases such as those just hypothesized – observed the Court – the abstract provision and the concrete application of prison sanctions cannot, reasonably, produce effects of undue intimidation towards the exercise of the journalistic profession and its essential function for the democratic society. Apart from those exceptional cases, which are very far from the ethos of the journalistic profession, the prospect of prison will be excluded for the journalist, as well as for anyone else who has expressed their opinion through the press or other means of advertising ”.

The Court also underlined that the legislator remains free, from the point of view of constitutional law, to ensure effective protection of the fundamental right to individual reputation, even by completely renouncing the prison sentence. In any case, he reiterated the need, already highlighted with ordinance no. 132 of 2020, of an overall reform of the regulations in force, in order to “identify comprehensive sanctioning strategies capable, on the one hand, of avoiding any undue intimidation of journalistic activities, and, on the other, of ensuring adequate protection of individual reputation against illegitimate attacks carried out in the exercise of this activity “.