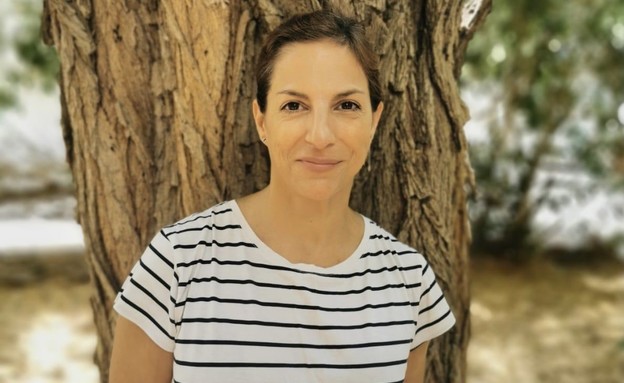 Three years ago, Oshrat Spivak, then 42 years old, married and the mother of a girl from Tel Aviv, was sitting in her car in the parking lot of Ichilov Hospital before a routine breast examination and was unable to get out of the vehicle. “I just knew the doctor was going to tell me today that I had cancer,” she recalls. The fear of this gospel made her prolong the moments in the parking lot more and more.

Her gut feeling did not lie: at the bottom of the left breast was indeed a small tumor, half a centimeter in size. It turned out to be cancerous. Radiation. Oshrat testifies that she recovered immediately. “I gave myself two days to mourn, and then very quickly moved on to operational mode. I found out what I needed to do and galloped forward on an automatic. ”

Oshrat did not think for a moment to stop her life. Her work as an accountant, her old work at home and even harder work, to make up for all she lost. “Today I understand that I did not give myself even a single moment of kindness. I continued to work as usual and even harder and showed everyone that I was ‘capable’, a heroine. Except for the hair that fell out due to my chemo and loss of appetite, “.

But it was impossible to ignore that something had indeed happened. something big. Despite the quick return to routine, and between caring for the girl and the never-ending work, Osheret realized that she could not really continue to ignore the fact that she was dealing with cancer. “Even before I got sick, my mother kept trying to persuade me to come and study the worlds of spirit and consciousness with her, but I always refused. What has that got to do with me? I’m a girl of numbers, of logic, the most practical there is. To film Heal“, A documentary about the power of consciousness and the possibility of healing ourselves through tools of consciousness, and I have no idea why, I agreed.”

This film was a defining moment for her. For the first time in her life she was exposed to a new world that she did not know, understood what consciousness is and what its abilities are. Despite the skepticism that accompanied her, something inside her arose. In the film, she was first exposed to Freddie Margalit, the founder of the “metaism” method and the head of the “space of consciousness”, who before the film gave a lecture on the tools of consciousness that are part of every person and the possibility of harnessing them for healing. “Her things amazed me. I felt I had received the key to Wonderland and just wanted to know more and more.”

Oshrat decided to sign up for the “Get Out of the Matrix” event, an event to get acquainted with the method of metaism, and there, she says, did not stop crying. Only then, in the hall, did she manage to cry all the crying that was stored in her and realize, for the first time, that there might also be another way she was not even aware of.

The method of “metaism”, which Margalit developed more than a decade ago, is a practical philosophy of life and a way of looking at reality. With the help of a structured methodology, it teaches about the infinite power of consciousness and helps to understand that “reality” is nothing but an accurate reflection, a hologram, a mirror of the depths of consciousness. Using the tools of consciousness learned in the method, each person can explore his consciousness, decipher the reality of his life and hence also change it.

“During the Corona period we understood the real need of the masses for tools of consciousness and chose to open all our materials, which until then were intended for students only. It was also the moment we decided to breathe life into the association we founded, The conscious for everything requires, and without any profit, “says Margalit.

At this stage, the association, which is currently in the midst of a mass recruitment campaign, aims to concentrate on two essential areas: the field of education, in which elementary school students in the Ministry of Education will receive a toolbox for empowering and discovering the forces within them. And the field of health – during which a study will be conducted with the oncology department at Ichilov Hospital, which will help women dealing with cancer to learn cognitive tools in order to empower them and improve their condition.

The main goal of the study is to empirically demonstrate the power of mindfulness work and its impact, in effect on improving health metrics. The research these days focuses on training the nurses and medical staff in the women’s unit in the oncology department in Ichilov, as they are the ones who meet the contestants on a daily basis and it is important that they themselves know the consciousness and its power, along with the mental tools they receive to support patients. At the same time, groups of women dealing with active cancer are formed at various stages, during which they enter a group process during which they will be exposed to the principles of the method of metaism, learn the power of consciousness and receive practical tools for dealing with everyday reality. During the process they will investigate the root of the disease, the cause is created and then you will also be able to work on changing the “sick” mechanisms. At a later stage, the study will also be extended to women who have recovered from cancer in the past five years, in order to help them explore and cure the roots of the disease at the level of consciousness and psyche, thus preventing recurrence of the disease.

The study is led by Prof. Tamar Safra, director of the gynecology unit in the oncology department at Ichilov Hospital. Prof. Safra believes in the integration of the worlds of science and consciousness, spirit and medicine. “There are quite a few studies that indicate that patients who feel active in their healing process express an improvement in their health metrics,” she explains. “We seek to enable women with cancer to take responsibility for their lives through tools of active awareness and familiarity with the immense power of influence of consciousness.”

In her vision, Prof. Safra dreams of turning cancer into something to live by, and not a disease perceived as a “corridor” to death. In other words, shatter the equation that cancer equals tragedy. As a physician, she says she connected to the method of metaism mainly because of its orderly and systematic subtext. “The models of the method make the conscious work systematic, an orderly and applicable methodology to work.”

“In the ‘awareness space’ we have a lot of experience with people who have managed to cure themselves of serious diseases using mental tools,” adds Nurit Cohen, one of the leaders of the joint research, a senior therapist in the method of metastasis and who herself recovered from breast cancer. “Now is the time to take it one step further and turn what we know into empirical, quantitative research that can confirm these successes and from there be disseminated to more and more hospitals in the country and the world.” She further notes that diseases do not break out “just”, so all of a sudden. “Illness is a reflection of patterns inherent in our unconscious parts that receive physical expression in reality. Using the tools in the method, we learn to explore the consciousness, and especially the unconscious places within it, to identify the places that led to the onset of the disease and hence begin to change them. For ourselves the power, understand that we generate our reality and not the other way around and that is the purpose of this fascinating collaboration, between the worlds of consciousness and the worlds of medicine. ”

Meanwhile, Oshrat has already left her job as an accountant and has continued to delve deeper into the worlds of consciousness. She is currently completing a course in therapists using the method of meta -ism, and has already managed to accompany quite a few people dealing with cancer who have heard about the way she did and reached it. “Today I teach others the same tools I received, the tools that helped me in my healing process. My life has changed from end to end, today I live my true mission and there is nothing I want more than to give it to others as well.”

As a certified therapist in the method of metathesis, Osherat will join the research team at Ichilov Hospital, the same ward in which she herself was treated. “It’s a crazy closing circle for me. There’s such a creative room in the ward that I would always run to. This room was my little piece of God that kept me going. There I would imagine and dream about my healthy life. That’s exactly where our workshop takes place. It’s just amazing. I’m going to help. “For women who until three years ago were me in their situation, and giving them tools to help themselves, to solve this tangle that runs them. For me, cancer was not a gift, as many say,” she concludes, “but the ability to help others is the most amazing gift I could ask for.”

A mass fundraising campaign is currently underway, the entire purpose of which is to raise budgets for the benefit of joint research and the development of consciousness studies in schools. All supporters will receive Margalit’s debut book, “Paradise is here”, which is published by Yedioth Ahronoth and in fact provides all the secrets of the method step by step and allows independent in-depth work.

For support go to >>