The kids who terrorized the Marconi district of Rome 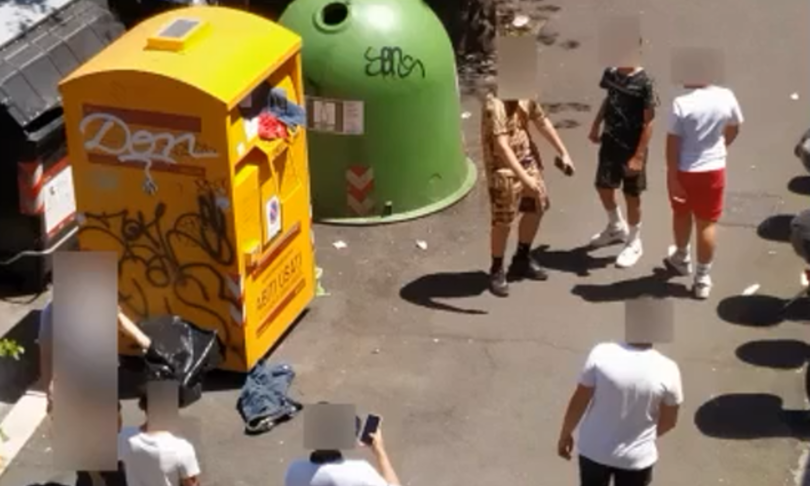 AGI – One baby gang composed of at least thirty very young people terrorized traders and peers in the Marconi district of the capital with violence, assaults, acts of intimidation and robbery. In all, the agents of the San Paolo police station and the Flying Section reported 14 boys between 14 and 19 years old.

The group called itself “Anundo gang’s”, like the name that was given to the chat to communicate with each other on Whatsapp.

There are 5 confirmed victims of the pack: a trader robbed of 2,500 euros, a boy beaten for arguing with them, an Indian immigrant beaten up because he dared to sit on a bench in their territory.
In addition, three underage girls ended up being laughed at and targeted with small acts of bullying by the gang, so much so as to force them to stop frequenting the neighborhood, due to a strong state of anxiety and fear.

The three very young are over in the gang’s sights for a bag with rainbow colors, worn by one of them and identified as a symbol of belonging to the LGBT group.

The other episodes contested by the group concern the owner of a commercial activity to which the young people presented themselves in a pack, terrorizing him and his employee, managing, in one case, to steal 2,500 euros and damage other items on display for sale.

There are two other attacks attributable to the gang. The first is that of a boy lured into a public park where he was beaten by a dozen members of the group; the other an Indian citizen beaten up for daring to sit on a bench within their territory.

Thanks to a meticulous and patient reconstruction of all the episodes, the policemen managed to close the investigative circle around the 14 boys who have been reported.

The photographic identifications of the victims were also decisive, together with the testimonies of other traders in the area who confirmed the presence in the neighborhood of this baby gang that had often become the protagonist of damage and crimes.

For them, the Rome Quaestor will evaluate the adoption of the DACUR (prohibition of access to urban areas) while investigations continue to identify the other young members of the group.