With the Rai board dossier closed, now it’s up to the Supervisory Board. FdI arises 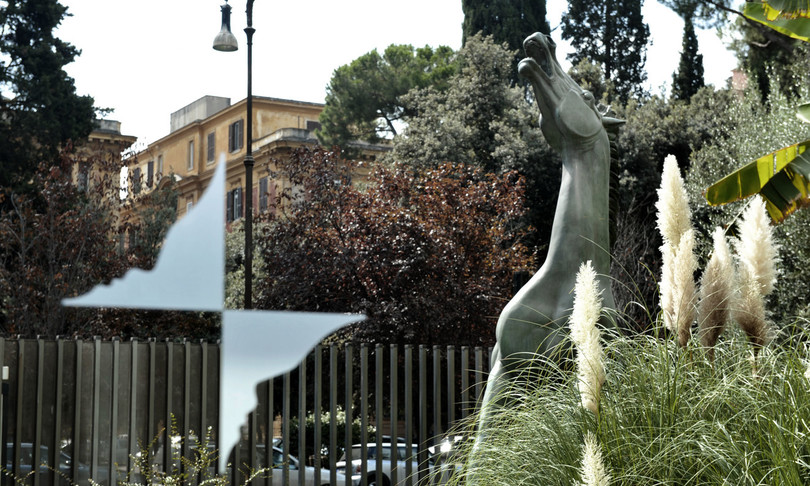 AGI – With the confirmation by the Council of Ministers of the appointments of Marinella Soldi and Carlo Fuortes, as president and CEO, the new RAI board of directors is complete. Together with Soldi and Fuortes, Riccardo Laganà, elected at the beginning of June by the assembly of employees, and the members elected by the Chamber and Senate, last night, namely Igor De Biasio, Alessandro Di Majo, Francesca Bria and Simona Agnes will sit on the board of directors of Viale Mazzini .

The last step missing to close the first half of the game on Rai appointments is the approval of Soldi’s appointment by the Parliamentary Supervisory Committee. A still thorny passage, and absolutely “not to be taken for granted”, is reported by majority sources belonging to the center-right, the area most skeptical of the name chosen by Prime Minister Mario Draghi. The former manager of ‘Discovery’ must, in fact, collect the vote of two-thirds of the members of the Supervisory Committee and it is not certain that the necessary 27 will arrive (out of 40), at least in the first round, as was already the case for Marcello Foa , in August 2018.

Although, in truth, Lega and Forza Italia’s perplexities about the name of the future president were appeased by the election of De Biasio and Agnes, supported by the so-called center-right axis of government. So much so that the only real votes against Soldi – it is pointed out by center-left parliamentary sources – could only come from the two components of the Brothers of Italy in Vigilanza. At the moment, therefore, Soldi could count, at least on paper, on 23 votes, namely those of Pd, M5s, Leu, Iv and Mixed. But alone they are not enough: to get the go-ahead he must also win some yeses from Lega and Forza Italia.

Before the second round of appointments – which should concern general manager, any directors of networks and newspapers, and arrive in September – in the meantime, FdI vehemently protests for the exclusion from the board of directors, asking for an intervention by the President of the Republic Sergio Mattarella, by the President of the Chamber, Roberto Fico, and even by submitting a question to the European Commission, on behalf of the Conservatives group in Strasbourg, Ecr, of which Giorgia Meloni is president.

“It is an unprecedented violation of the most banal norms of pluralism. State television is paid for with the money of all Italians “, protests the president of FdI. “Today it is estimated that 20% of those Italians vote for Brothers of Italy and Fratelli d’Italia does not have any presence or representation either on the Rai board of directors or the chairman of the Rai supervisory commission which is usually the responsibility of the opposition “. “When fundamental pieces of the estate of our democratic institutions are picked off, they become precedents. Today Brothers of Italy pays that precedent and tomorrow someone else can pay it: the only opposition party is not represented for the first time in the history of Italy and I believe that this is everyone’s problem, not just the Brothers of Italy “, he adds.

“I am sorry that this thing happened in general silence. I am sorry that the highest institutional offices, starting with President Mattarella, did not consider intervening to prevent such a vulnus from being created and I continue to pose the problem of a nation that is violating fundamental rules “. “Fratelli d’Italia is not looking for armchairs, but intends to fully protect the pluralism of information and democracy”, Edmondo Cirielli, the commissioner of the Chamber and coordinator of the national direction of Fratelli d’Italia, is keen to specify. ” At this point, the intervention of the President of the Chamber, Roberto Fico, who, even as former president of the Rai Supervisory Commission, has always shouted against the occupation of Rai by the parties would be appropriate “.

“Giorgia Meloni does not bring up Mattarella to try to hide her total failure on Rai”, replies, from Italia viva, the secretary of the Rai Supervisory Commission, Michele Anzaldi. “Instead of piling up on the reconfirmation of those who, like Councilor Rossi, were among the leaders in these three years of the worst Rai ever, the leader of the Brothers of Italy could and should have talked and negotiated with the other parties to find a shared profile of true guarantee and competence, given that he needed the votes of others to elect a councilor “. “Instead Meloni had the singular claim – continues Anzaldi – that other parties would adapt to his diktat. At least spare us the absolutely misplaced exploitation of the Quirinale in the settling of scores within the center-right. President Mattarella in recent years has been one of the few, if not the only beacon of real guarantee and does not deserve to be pulled by the jacket in these political controversies “.

For the League, Alessandro Morelli, Deputy Minister for Transport and head of the Party’s Publishing and Technological Innovation Department, intervenes. “The left, as always, tries to fill up on armchairs”, he complains, but, he assures, “the only two advisers indicated by the center-right will work to guarantee freedom of information, pluralism and equal dignity for all”.

in the meantime the Rai shareholders’ meeting (Mef for 99.56% and Siae for the remaining 0.44%) approved the final balance sheet 2020 of the Rai Group which closed with a consolidated net result in balance. During the same session it was appointed the new Board of Directors, composed of Simona Agnes, Francesca Bria, Igor De Biasio and Alessandro Di Majo, all nominated by parliament, by Carlo Fuortes and Marinella Soldi, nominated by the government, and by Riccardo Laganà, elected by Rai employees. The meeting then indicated Fuortes for the position of CEO of the Viale Mazzini Group.