The scientific race to eradicate the corona – a weekly update 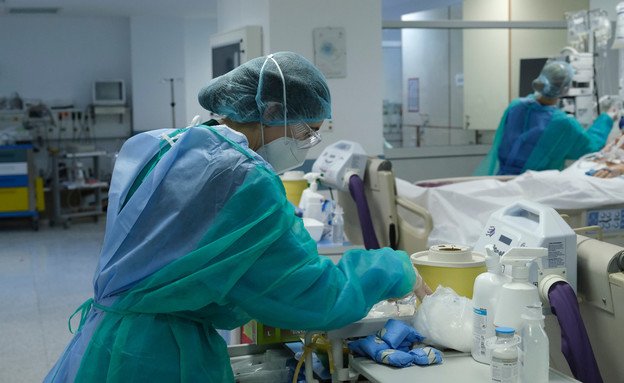 Nearly 3.5 billion vaccine doses have been given worldwide since the start of the vaccination campaign in December 2020, but the corona plague continues to change. More and more countries are facing a new wave of illness centered on the Delta variant of the virus, and precisely at the height of the tourist season. In France and Greece already Announced On the duty of immunization for medical staff, and set restrictions in the style of the green character in restaurants and cafes. Following this she was indeed registered there Rising demand for vaccines.

In the UK the morbidity continues to spread and has already reached more than forty thousand verified patients a day, but unlike previous waves of morbidity, the rate of hospitalized and dead among those infected is much lower. Their numbers are also rising, but this is a significantly lower rate than all verified. For comparison, the number of infected today is verified Similar To what was last December, but the death toll is less than a tenth than it was then. Although both indices continue to grow, health systems are still far from the danger of collapse we saw about a year ago. There can be all sorts of reasons for this, for example that the current wave of illness initially affected mainly young people, who do not tend to get seriously ill, and only now is gradually trickling down to the older and more vulnerable population and of course the beneficial effect of the vaccine. A similar phenomenon is seen here as well.

This trend led the British to decide to stop the policy of imposing restrictions on the public and let the disease rise. The last time they did it, a little over a year ago, it ended in tens of thousands of dead. Hopefully this time the result will be different thanks to the relatively high rate of vaccinators in the kingdom. However, the move has drawn sharp criticism from experts around the world. Epidemiologist Dr. Mike Ryan of the World Health Organization even defined the decision as “morally empty and epidemiologically stupid.”

In the United States and other countries, too, the infection is starting to climb again. As we reported in previous weeks, it is not yet clear what the level of real protection that the vaccine provides from the disease is, and especially against the new variants. It is quite clear that at least the vaccines of the companies Pfizer and Moderna provide very good protection against serious illness, but the protection they provide from infection has diminished against variant Delta – it is not yet clear to what extent. Estimates currently stand at 79-64 percent. There is no doubt that less protection is immeasurably superior to non-defense, but it is a disturbing trend, while more variants continue to emerge, such as Delta Plus and Lada which are now spreading in Peru.

The dilemma of the third course

While waiting to better understand whether changes in the nature of the disease require some of the restrictions on the public to be returned, and while drug companies are working on updates to their vaccines and adapting to the new variants, Pfizer has applied to the US Food and Drug Administration (FDA) to approve a third dose. Half a year or more, following their claim that the antibody levels in these vaccines have dropped and are therefore more susceptible to infection. Pfizer relied in this determination on data from Israel, but it is difficult to know if this is really the case, what is also That other studies Show that the level of antibodies remains high over time.

Also, antibody levels are only one measure of vaccine effectiveness, but not the only one nor even the most important. The immune system has several arms that work together against viruses, and the amount of antibodies in the blood is nothing but an imperfect measure of the activity of just one arm. It is also important to remember that Pfizer has a clear economic interest in increasing the volume of distribution of its vaccine – increasing the number of doses given to each vaccinated person by 50 percent will provide it with a huge financial gain. The data presented by the company Did not convince the FDA, which announced that it is currently not approving a third dose. In the country Confirm Another dose only for those who have suppressed the immune system, hoping to improve their protection.

Meanwhile, the World Health Organization came out this week with an excited call – and clearly unrealistic – countries around the world should not start vaccinating their residents in a third dose in order to leave more vaccine doses to countries where the immunization rate is low and they do not get enough vaccines. The organization as well Recommended not to mix dishes Vaccination of different companies to the same vaccine, though Encouraging findings Which show that the immune response obtained from this step is still positive and effective.

These statements are part of the World Health Organization’s Sisyphean efforts to prescribe as many vaccines as possible to developing countries that are struggling to compete with rich nations. Global inventory is limited and rich countries buy huge amounts of vaccines at the expense of supplies that could reach poor countries. It is also the place to emphasize that there is widespread agreement that the plague will not end until most of the world is vaccinated. After all, in countries where the virus is raging unhindered, new variants may develop that will challenge existing vaccines.

And meanwhile in the Israeli vaccine

Finally, news of the Israeli vaccine “Relief” developed by the Biological Institute in Ness Ziona. The vaccine is currently in the midst of the second phase of clinical trials, which has been going on for several months. NRX, which joined the vaccine development, announced this week that it believes the vaccine will be very effective against the new variants, as it aims to act against the full spike protein of the corona virus – the prominent envelope protein that vaccines help their recipients’ immune system identify and attack the virus. In identifying parts of the protein that may change. However, they have not yet published any findings from the experiments, so this is probably just speculation.

It is also not clear what the optimism is based on, since Johnson & Johnson vaccines also work with similar technology and are not the most effective vaccines on the market at the moment, and RNA vaccines also work against the complete protein. Moreover, the vaccines of the Chinese companies are aimed at identifying a complete (killed) virus, and their effectiveness is very low. As long as they do not present actual results of the third phase of the clinical trials, which are due to begin in the coming month, we will not know whether the Israeli vaccine is really successful, or whether these are empty statements.