Significant progress on the road to Israeli medicine against the corona 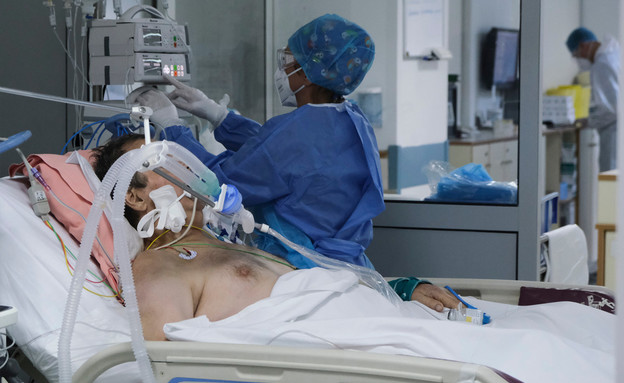 Viral diseases pose a serious health threat, as evidenced by the fight against the corona virus. Moreover, other viral diseases such as dengue fever, West Nile fever, and affinity fever, carry a significant and particularly painful price in the developing world (from the health system to the economy, politics and society). Beyond preventing infection through social isolation or wearing masks in public space, fighting viruses is done in three channels – vaccinations, administration of antibodies from patients who have recovered and medication. Even when one of these channels is successful, the yeast should not be silenced as viruses change rapidly and the effectiveness of treatment of one of the channels (such as vaccines) may deteriorate without warning, as can now be seen in corona virus variants (decreased effectiveness).

Finding drugs against the diseases, therefore, is not a matter to be taken lightly, and the many research works currently being done in the field are critical to continuing to deal with the contagious viruses. Two new research papers by Prof. Shai Arkin from the Department of Biological Chemistry at the Hebrew University, published in the scientific journals Pharmaceuticals, and Viruses Focus on finding antiviral drugs based on a particularly weak link that is common in many viruses – ion channels.

Ion channels allow the passage of salts through cell membranes (and internal membranes), and are a very important tier in the animal kingdom. Viral ion channels allow the virus to regulate the acidity and salinity of its internal and external environment, and therefore constitute an essential component in the pathway of infection. Moreover, ion channels are used as the most common targets in the medical world for drug inhibition. Today, inhibitors (antagonists) or catalysts (agonists) ion channels are used to treat a wide range of diseases such as degenerative diseases, cystic fibrosis, cystic fibrosis, epilepsy, epilepsy, heart rhythm disorders, hypertension and more. It is important to note that ion channels in viruses have been shown to be effective drug targets.

Potential approach to curbing the corona virus – including the new variants

“Currently only one type of canal blocker is approved as an antiviral substance: the anti-fluo-amino-diamond drug, which targets the M2 protein of influenza, by blocking its channel activity. Unfortunately, widespread resistance on the part of the virus has turned the amino-adamantin Without efficacies “, explained in the scientific paper. “Therefore, we decided to look for barriers against the corona virus in the E. protein channel. These barriers may present a potential approach to inhibit infectiousness, particularly given that protein E is the most conserved of all viral proteins. For example, while SARS-CoV-2 (the current corona virus spike proteins ) And SARS-CoV-1 (Extinct SARS virus from the world) Identical only 76.2%, protein Their e are respectively corresponding in proximity of 93.5%. In addition, canal blockers can be used for us as a useful research tool to clarify the role of protein E in the viral infection cycle. “

In the two articles published in leading magazines in the world of virology, Prof. Arkin and his group focused on two channels in the corona virus: the E protein and the 3a protein.

The second and final study, published late last month, scanned a broader substance library (2,839 chemicals from the MedChem Express drug library) and found close to 10 inhibitors. The increase in the amount of inhibitors found increases the chance of finding a cure for corona. Since all of the new inhibitors found are also approved for use in humans, it is expected that all regulatory barriers will be less stumbling and less difficult to transition to use for clinical research. “30 percent of the drugs available today have been approved in this way, including of course the drugs currently available against the corona or those who have recently tried to test them against this virus, such as ‘Remedies’,” explains Prof. Arkin, adding: , As recent experiments in the laboratoryBSL3 At the Hebrew University of Jerusalem, they did show recently. ”

The study may be very significant in finding a solution to the corona variants themselves. This is because the two proteins that Arkin’s group focused on are among the most conserved in the virus – the E protein in the current corona virus is almost identical to its counterpart in the 2003 SARS virus (93.5%) while the spike proteins in both viruses are only 79.5% identical. . Thus it can be assumed that all the inhibitors discovered in the latest study regarding the protein E Will be relevant to the new variants of the corona virus that are erupting frequently. Also, while the vaccine works against the component in the most frequently changing virus, the proteins that Prof. Arkin’s research team found inhibitory – change in the lowest way, so there is hope that they will be active against the new variants in the field, to which the vaccines respond less.

The most significant news of the research done by Prof. Arkin’s research team is that drug development is advancing and evolving in the right directions. “The big barrier that was – the unavailability of a laboratory to test the substances directly on the corona virus – has been removed. Today we are able to research better and work at a faster pace. Things we thought about a year ago about the virus can now be easily clarified,” explains Prof. Arkin. Warning: “The general feeling in Israel and around the world is that if there are vaccines, there is no reason to continue working on the virus because we have found a solution. Unfortunately, if we rely on one channel, the vaccine channel, we may be in a new market “There, when it comes to the market on the thigh, but the variants that exist today around the world are a warning light for all of us.” The research group hopes to come out soon with another study, third in number, on the effectiveness of the inhibitors against the entire virus and not just against protein E – a move that may spark interest among pharma companies to start clinical trials on a new drug against corona.

The corona plague is an event that continues to evolve and catch up. The current report is as of Monday (19.07.2021) and more may change. We strive to bring you the latest reports, but it is important to be updated daily in light of the many changes.