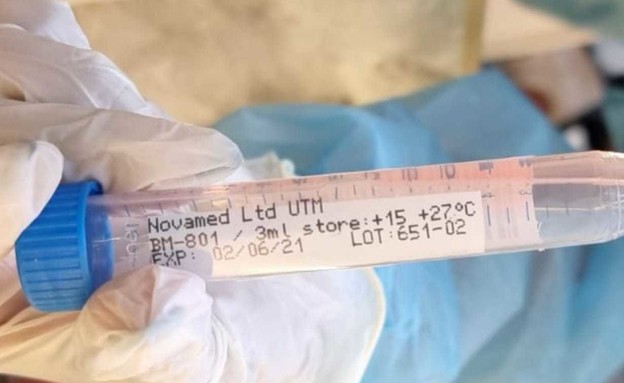 Despite Prime Minister Naftali Bennett’s call for Israelis not to fly abroad, it seems that citizens are not impressed by the situation and are flying en masse. On Sunday this week, more than 20,000 Israelis arrived at Ben Gurion Airport on their way to summer vacations. On Monday, the figure jumped to about 30,000 and there does not seem to be a change later in the week. The Corona Cabinet will convene this week to discuss measures to stem the epidemic that has returned to rage in Israel. When the focus of the debate, as in the past year, is what appears to be the weak point – Ben Gurion Airport.

It is precisely against this background that it is outrageous to discover how serious the situation at the entrance gate to the State of Israel is. “Documentation obtained by Mako shows that the corona tests performed at Ben Gurion Airport by the” Pemi Premium “company are performed in test tubes and expiration kits. Speak anonymously.

The information that the test tubes expired came to us a month ago. However, this week even more documentation was added, when Assaf Vaknin, a member of the mako system, Returned to Israel from Berlin. Vaknin approached the test station and documented the expired test tubes. To be on the safe side, he even went to additional checkpoints and found that the situation was similar there as well. Some test tubes say the attack ends on June 1 and some say it ends on June 21.

Two days after documenting the test tubes, we arrived at Ben Gurion Airport to talk to the company’s employees. Most of them refused to speak forcefully. One of the facts asked if we were from a TV channel. She was not surprised when we asked her about expired test tubes. It’s in front of the shift supervisor. But they told us it’s okay even though I know it’s not true. “She said such test tubes are meant to be destroyed. Two or three months beyond the date, but it has no caption or sticker with a new date. “When we talked to each other, even with some of the people in charge of the shift, they said that there was no such approval from the Ministry of Health.”

From an examination we conducted with the Ministry of Health, such approval was indeed given, but it is not clear on what scientific and technical basis this approval was given. A source we spoke to at the Ministry of Health tells us that the approval for the extension of validity was given on the basis of the working assumption that “there is a safety margin for the expiration date as in food.” However, he said, “no scientific test or any action against the manufacturing company was done beyond the same working assumption.” It should also be noted that an examination with MDA and the hospitals, which also perform tests, shows that the test tubes of expiration date are destroyed immediately and are not used for tests._OBJ

Given the fact that Israel is in another wave of epidemics and Ben Gurion Airport serves as an open door for corona bacteria, it seems that any such risk is unnecessary and can even cost human lives. Nevertheless, the validity of the test tubes is not the only problem at Ben Gurion Airport. According to the samples in the field, the manner in which the test tubes used for testing are maintained and maintained is also incorrect and does not comply with procedures. According to them, the test tubes used to sample citizens are not kept refrigerated, which undermines the reliability of the answer.

The Ministry of Health stated: “The company that issues the test tubes is the one that approves the extension of validity after these test tubes are first submitted for testing in a certified laboratory and only after receiving proper analysis results of the sampling material and compliance with the standards, the company extends the test tubes for another 3 months.”