The importance of genomic testing for cancer patients 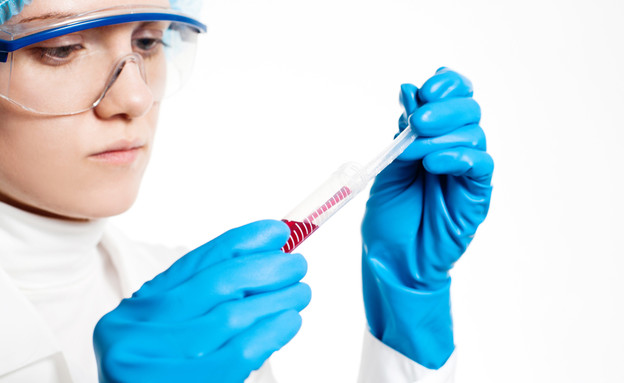 In Israel, about 30,000 new cancer cases are discovered each year. According to data released by the Association for the War on Cancer in early 2021, Israel is ranked high in morbidity rates, but relatively low in cancer mortality rates compared to many countries in the world. The data indicate the success of early detection and effective, up-to-date and accessible treatment.

Although we treat cancer as a single disease, it is actually a wide variety of cancers characterized by different genomic profiles. Understanding these differences is the basis for the new trend that has been leading the diagnosis and treatment of cancer in the last decade.

Personalized medicine is a trend that advocates, among other things, tailoring treatments based on the specific characteristics of the tumor, focusing on clinical, genetic and behavioral data, of those who have the disease. This is together with the use of innovative and advanced technologies that enable the diagnosis and analysis of biological data that characterize the particular tumor that develops in his body. Accurate treatment tailoring significantly improves the chances of treatment success and survival rates, as well as reducing the number of non-essential treatments.

Genomic tests: The spearhead in the development of the new therapeutic approach

Today, genomic tests are mainly used to understand the mechanisms of the cancer cell in advanced disease states, after the usual treatments have been exhausted. “Genomic tests allow the examination of the features of the cancerous tumor. According to the biological properties, called in the scientific language biomarkers (markers), through them we get information about the genomic change that drives the process that turns a healthy cell into a cancer cell.” Biomarker, if there is one, “explains Dr. Ronen Shtuf, a senior oncologist at the Ella Institute for Immuno-Oncology, Sheba Medical Center in Tel Hashomer.

Biomarkers are markers (such as proteins) that are present in or released from the body’s cells. There are significant differences in the rate of division of different cells. For example, in skin cells and digestive cells the division is fast, in others, as in nerve cells, it is slow. It is changing and accelerating the rate of cell division that can lead to the development of a cancer cell, a cancerous growth and a cancerous disease.

The rate of cell division is based on two control mechanisms: the first determines the rate of cell division, the second inhibits and prevents accelerated division. “Genomic tests allow us to understand the disorder that has occurred, by what mechanism it occurred, and to designate tailored drugs that will treat the disorder,” Dr. Shtuf emphasizes.

Until recently, it was customary to look for the same biological markers according to the type of disease diagnosed. However, thanks to technological and research advances, the number of known markers, although common, such as BRCA In breast cancer, and whether they are rare, such as NTRK, Which despite its rarity may be found in many types of cancerous tumors, so it is called a cross-tumor marker (tumor agnostic).

This is what happened to Siegel (pseudonym), a 56-year-old who was diagnosed with an advanced stage of cholangiocarcinoma (a type of liver cancer). “We sent her for a foundation test in search of a biomarker that may be suitable for treatment and the test results showed that Siegel has a genomic change. Which allowed us to offer her customized treatment for her illness. The use of the new drug spared her another round of chemotherapy treatments and significantly prolonged her life. “

BRCA It is a biomarker that could indicate a congenital genetic mutation that causes breast cancer, but in recent years it has become clear that the mutation can cause other types of tumors, such as pancreatic cancer. “Thanks to this information and the ability to detect different biomarkers in genomic tests, which are common and rare, we may be able to treat patients with other cancers,” explains Dr. Shtuf. HER2 It is also linked to breast cancer, but today, thanks to the development of genomic tests, it is also found in other types of cancer, such as stomach, lung or colon cancer. “

It is important to note that there are a number of biomarkers that can provide important information and the suitability of the treatments to them is being examined in clinical studies. Many studies have been conducted in recent years with the aim of identifying additional, rare biomarkers that will add information about different types of cancer.

“As mentioned, as part of the health basket we send patients for genomic tests which are available for a limited number of cancers, and for other types the tests can also be performed privately. These tests allow us to identify different biomarkers in different tumors and sometimes adjust drugs according to diagnosis and medical information. “Adapted therapies can prolong patients’ life expectancy and prevent them from suffering,” concludes Dr. Shtuf.

It should be emphasized that the choice of possible treatment is for the decision of the attending physician who prescribes the prescription in consultation with the patient.

The information is as of July 2021. For more information, please contact the attending physician. Public service. Served under the auspices of Roche Pharmaceuticals (Israel) Ltd.