India: A 55 year old man was rushed to an operating room after a glass cup was found in his intestines 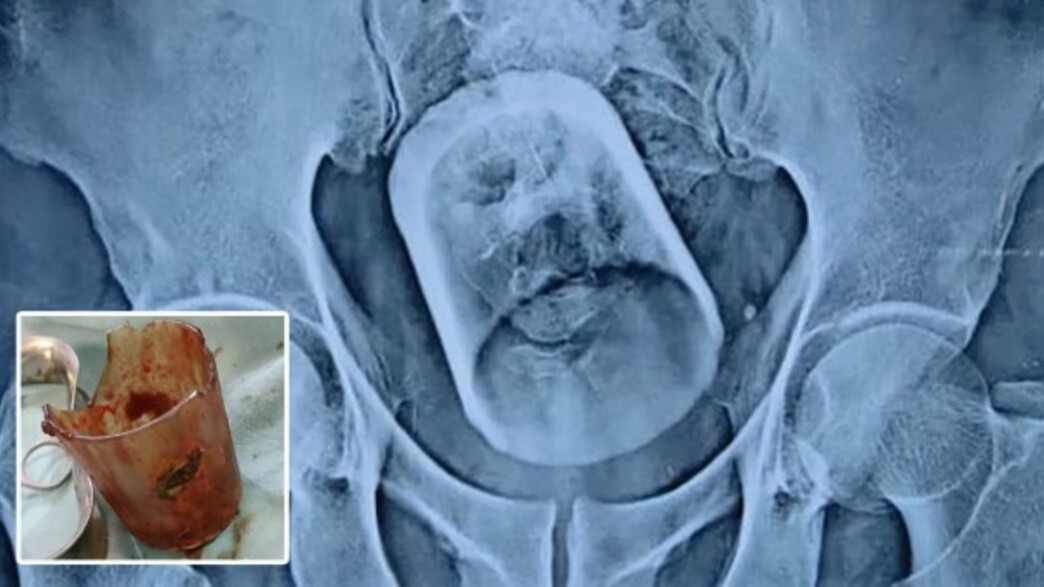 A team of surgeons rescued the foreign body with the help of a surgical operation, after non-invasive operations failed. The head of the team has since commented on the extraordinary incident and said: “How the glass got to his gut is still a mystery to us”

A man in his 50s stunned the team of surgeons at the hospital after it became clear that a glass had found its way into his intestines. Sources involved in the details of the bizarre incident said that the patient, whose identity details were not allowed to be published, sought help at a hospital in the city of Madipur, Bihar state, northern India, suffering from severe abdominal pain.

The 55-year-old patient was referred for an X-ray examination with suspicion of intestinal obstruction, after it became clear to doctors that he had not had any ejaculations in recent days. When they received the test results, they were amazed to find the foreign body stuck in its lower gastrointestinal tract.

Dr. Mahmoud Hassan, director of the team of surgeons who participated in the surgery, referred to the bizarre incident and said the patient claimed to have inserted the cup himself – though not in the way you might think to yourself.

“He told us he swallowed the glass while drinking tea,” he said. “Even so, a glass cup of this size will not be able to get that far in the gastrointestinal tract. In fact, it is too large to pass through the esophagus.” In other words, the patient probably did not reveal the whole truth to them.

Surgeons tried to extract the glass cup using an endoscopic procedure through the patient’s rectum, but to no avail. In the absence of any other choice, they were forced to remove the foreign body with the help of a surgical operation.

The glass cup has since been removed from the intestines of the patient, who has already recovered and returned home. Meanwhile, the medical team is still left with a lot of questions about the incident. “It really is a very strange case,” Dr. Hassan added. “How the glass got into his intestines is still a mystery to us.”