7 health symptoms that women must pay attention to 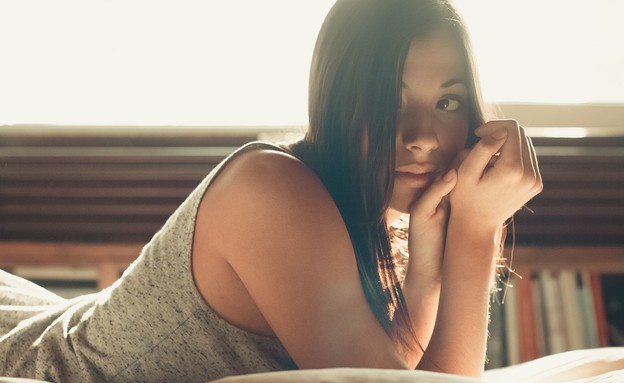 We women are constantly being pumped at the importance of the annual breast exam and Pap tests, but between these two – there is another wide range of health symptoms that women in particular tend to ignore. Because life, well, speaks louder. So that headache that has not stopped since the beginning of the week? Well, it’s probably caused by the mental load, and the stomach ache? Well, it’s because we ate leftover kids and junk last week. is that so?

Remember: knowledge is power, awareness is necessary, and acute we learn to put asterisks on symptoms. In order not to get stressed, God forbid, let’s close in advance on a rule of thumb: any phenomenon that lasts a long time, beyond a few days, linger on it and go get tested. And now let’s start.

According to a study published in 2014 in the Canadian Journal of Cardiology, unlike men, women are more likely to dismiss heart health concerns, and often wait for symptoms to worsen before taking action. As mentioned, not every touch on the knee should stress us out, but it is important to pay attention to your body signals that something is not quite right.

We are all familiar with abdominal discomfort during ovulation and menstruation, however unusually painful and persistent pelvic pain can indicate a more serious problem such as endometriosis – a condition in which tissue from the uterus grows outside the organ and causes scarring, bleeding, cysts and hormonal fluctuations. This is usually a phenomenon among women aged 30-40. A possible symptom of endometriosis is infertility or inability to conceive, with the most serious risk being cancer, as shown by Medical News Today.

Other factors that can lead to chronic pelvic pain range from gynecological problems, bowel or bladder problems. A study at the University of Utah School of Medicine found that a large proportion of women do not report pelvic pain, and often minimize their experiences. Women “need to communicate what they are feeling and where they are feeling because it may indicate things that the doctor needs to investigate more fully,” wrote author G. Matthew Peterson, a reproductive endocrinologist and chair of obstetrics and gynecology at the University of Utah.

Cycles are too painful

Dysmenorrhea is the medical term for everything women experience during menstruation, including: cramps, and abdominal pain. According to magazine data Healthline, More than 50% of women experience some pain for one to two days during the period. We, by the way, gamble on more than that. However, when menstrual cramps become frequent and severe until it impairs the day-to-day functioning of life, it may be a result of secondary dysmenorrhea: this type of pain tends to worsen over time and lasts longer than normal cramps. This can be due to gynecological problems like ovarian or fibroids cysts or conditions like Crohn’s disease and urinary tract disorders, according to the American College of Obstetricians and Gynecologists.

Menstrual flow also varies from woman to woman. If the menstrual bleeding lasts for more than a week or if it is abnormally heavy in the sense of changing a tampon / bandage every hour, and you notice large blood clots – it is very important to get tested. Causes can be hormonal, polycystic ovary syndrome (PCOS), thyroid problem and suspected cervical or cervical cancer. It is important to be tested.

Discharge from the nipple

Assuming and breastfeeding, a milky leak during pregnancy and breastfeeding is of course a matter of routine. But in case you are not pregnant, or breastfeeding, and it has been a while since two events have happened, and you suddenly notice a nipple discharge, itching or a sunken nipple, it is important to consult a specialist. It can sometimes be that these are hormonal changes, allergies, various skin diseases and even breast cancer.

While in men, it is a symptom that puts us all on high alert immediately, in women we tend to ignore the symptom, although it is common and acceptable in us as well, according to the American Heart Association. “Women are more likely to experience some of the other common symptoms, especially shortness of breath, nausea / vomiting and back or jaw pain.” However, it is important to remember that not all heart attacks occur suddenly and dramatically. Most of them start slowly and build up gradually. Want to say: If you experience any kind of pain and discomfort, whether sharp, dull or constant, try not to panic – but do not wait too long for a test.

Other factors that may be behind the chest pain are pulmonary embolism (pulmonary embolism) or rupture of the inner layer of the aorta. In rare cases it may be a symptom of lung cancer, leading to chest, shoulder or back pain alongside a bothersome cough.

Since Michal Ansky was diagnosed with Bell ‘s paralysis, there is no doubt that we are all already familiar with the medical term: it refers to temporary paralysis of the facial muscles that leads to weakness on one side of the face, which sometimes produces a crooked smile. It often occurs in pregnant women and also in people with viral infections, such as the flu or colds. It is usually a temporary phenomenon that passes after a few months, but dealing with it is not easy at all. For a stroke, according to the American Stroke Association, the others are weakness and numbness in one arm and vague speech.

Edema in the legs

During pregnancy or hot days, many women report that their legs are so swollen that they are unable to wear a closed shoe. This is actually an excess of fluid that accumulates in the blood vessels. Most often the phenomenon is caused as a result of inactivity, prolonged sitting or standing time, eating too much salty food or wearing tight clothing for long periods of time. However, as the symptoms persist or worsen, it is time to focus on the problem.

Edema can also be linked to a blood clot called a deep vein thrombosis (DVT) that can partially or completely block the blood flow in the legs and eventually make its way to the lungs, which can be fatal. Pregnancy increases the chances of women developing DVT as well as hormone replacement therapy.

Other serious health problems that can cause edema include venous damage, heart failure and kidney or liver disease, all of which are preventable and treatable if caught early.

On the face of it, losing weight is a dream of many people. On the other hand, when the weight goes down quickly and indistinctly, it is very important to take it seriously. Sudden or extreme weight loss may be caused as a result of overactive thyroid gland. Additional feelings for this will be: fatigue, weakness, mood swings and nerves. Occasionally also hand tremors and a fast or irregular pulse. It is important to know that overactive thyroid gland can cause other health problems if not treated in time.

Other possible causes of rapid weight loss include gastrointestinal disorders such as inflammatory bowel disease, Crohn’s disease and more. It is not always easy to determine what a worrying weight loss is, but a good rule of thumb is that you should consult your doctor if you are losing more than 10 kg without trying at all for six to 12 months.