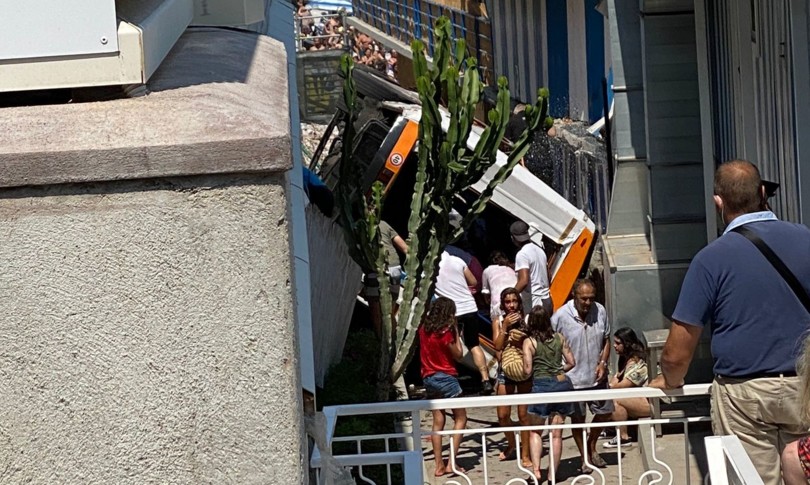 AGI – On June 29, immense joy: a daughter. He had wanted to communicate it to everyone and on social networks he had posted the photo with the pregnancy test that his partner Rosaria had done. Neapolitan, 41, a commuter who moved from the historic center to Capri every morning, Emanuele Melillo, is the driver who died in the accident on the Blue Island. He was driving the minibus that crashed down to Marina Grande. Perhaps an illness has cut off his life.

Smiling, long-haired, sporty, a lover of Napoli and tattoos, Emanuele is remembered by everyone as a sunny boy. Full of life and strength. That job had allowed him to fulfill a dream: to live with the woman he loved. On social photos with her embraced in front of the Faraglioni: “I don’t miss anything”, he wrote only two months ago proudly in his work uniform.

The minibus was uphill and proceeding at normal speed from the port of Capri to Anacapri, then suddenly swerved slightly to the right, then to the left and slowly broke through the railing and fell into space for a few meters. This is the dynamic to the study of the firefighters and police who conduct the investigation into the accident. “The driver may have had an illness: at the moment it is only a hypothesis, but I exclude it was a risky maneuver because the vehicle was uphill. Someone would have seen the doctors help the driver with a defibrillator”, says the deputy mayor of Anacapri Francesco Cerrotta.

The toll is three seriously injured, two very seriously, eight lightly. The scheduled minibus crashed in Marina Grande, near the ‘da Gemma’ beach and ended up in a canal close to the factory roof.

On board there was a group of Roman tourists and the vehicle was more crowded than usual, also due to a breakdown that had occurred in the morning at the funicular. A child with multiple fractures was transferred by helicopter rescue to the “Santobono”.

“A few meters and it would have been a terrible tragedy. The bus almost broke through the solarium where there were at least twenty people sunbathing. A miracle”, says a distraught Gemma Rocchi, owner of the ‘da Gemma’ beach. “It was 11.30, I heard a roar and I thought the road had fallen off. I looked out and saw a bus rolling down,” she says. “I called for help, I ran to the place and I could hear children crying.” None of the employees of the beach and the customers were injured: “Many of them threw themselves into the sea out of fear”.