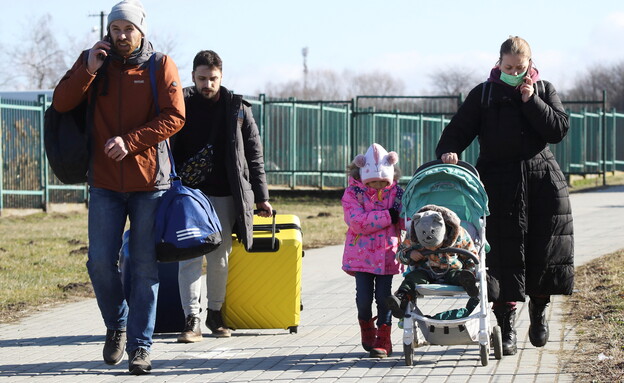 The death toll from Corona in Israel last week crossed 10,000 and this morning stood at 10,126. In recent days, the Ministry of Health has continued to retroactively update the numbers up to a month back. Now the daily mortality rate of the omicron wave stands at 74 deaths in one day, February 10, just one less than the daily record set in the midst of last year’s alpha wave.

The total death toll from Corona in January 2022 today stands at 730, and of February, which has not yet ended, stands at 1,138 so far. Since in the current wave of morbidity the delay in updating the numbers of the deceased is longer than we are used to, it is difficult to know how many people die on average each day. The first half of February averaged more than 60 deaths a day, and since then, as mentioned, we do not yet have the full data before us. If this rate is maintained even later this month, February could be fatal even from January 2021, the peak of the alpha wave recorded before the effects of the vaccines, in which 1,433 people died from corona in Israel.

However the death toll from Corona is expected to start to drop following the consistent decline in the number of verified and the number of hospitalized. The total verified in the past week reached about 77,000 thousand, that is about 11,000 on average per day. The number of patients in critical condition dropped to 646, of whom 232 were respirated and 26 were connected to an Acmo device. Even the rate of positive tests has dropped slightly.

Across the globe, too, the wave of omicrons seems to be beginning to pass, at least from the countries that report reliably. From reports of more than 3.5 million patients per day all over the world just a month ago we have dropped to about 1.5 million in the last few days. This is still a much higher number than we knew before the omicron, but an improvement over the wave peak. The number of reported deaths also shows a downward trend from the middle of the month, with more than 10,000 deaths reported per day to around 8,000.

One of the countries that has been recording high morbidity in recent days is its South Korea About 170,000 new patients are counted per day, and the daily death toll rises to over 100. Less than 8,000 people have died in the country to date from Corona, a very nice achievement for a country with more than 51 million inhabitants, but half that number has been recorded in the last three months. The tremendous morbidity there is alarming. South Korea was the first country after China to be hit by the corona as early as 2020 and tackled it with considerable success. Now the Omicron has managed to break even its defenses.

Other countries that still have high morbidity are Germany, Vietnam, Brazil and Japan.

In Russia, whose figures have always been questionable, more than 150,000 verified per day have been reported in recent days, a slight drop from the peak of the mid-month epidemic which reached over 200,000 verified in one day. The Russians report about 800 deaths every day, but this is a rather dubious report. According to official figures, 350,927 people have died in Russia from Corona so far, with the real number probably three to five times greater. The plague did not stop Russian President Vladimir Putin from deciding on an invasion of neighboring Ukraine last week. As a result there are currently no Corona reports from Ukraine. From there, too, the data were always lacking, and before the outbreak of the war, tens of thousands of patients were registered there every day, and close to 300 deaths were reported there every day. Out of about 150,000 troops in Ukraine’s land forces, Probably about 2,400 patients are now infected with the corona virus, despite the high percentage of vaccines in the armies of the two countries.

Among the citizens, the percentage of vaccinated in Ukraine is relatively low, and there is a serious fear that the flow of refugees from Ukraine to neighboring countries due to the war will fuel the spread of the corona, And there is even concern about the spread of a weakened polio virus that has become violent due to low immunization rates, and has been circulating in the country since October. Earlier this month, the Ukrainians launched a huge vaccination campaign aimed at stopping the outbreak, but during the war plans are halted and it is unclear what will happen in this regard in the near future.